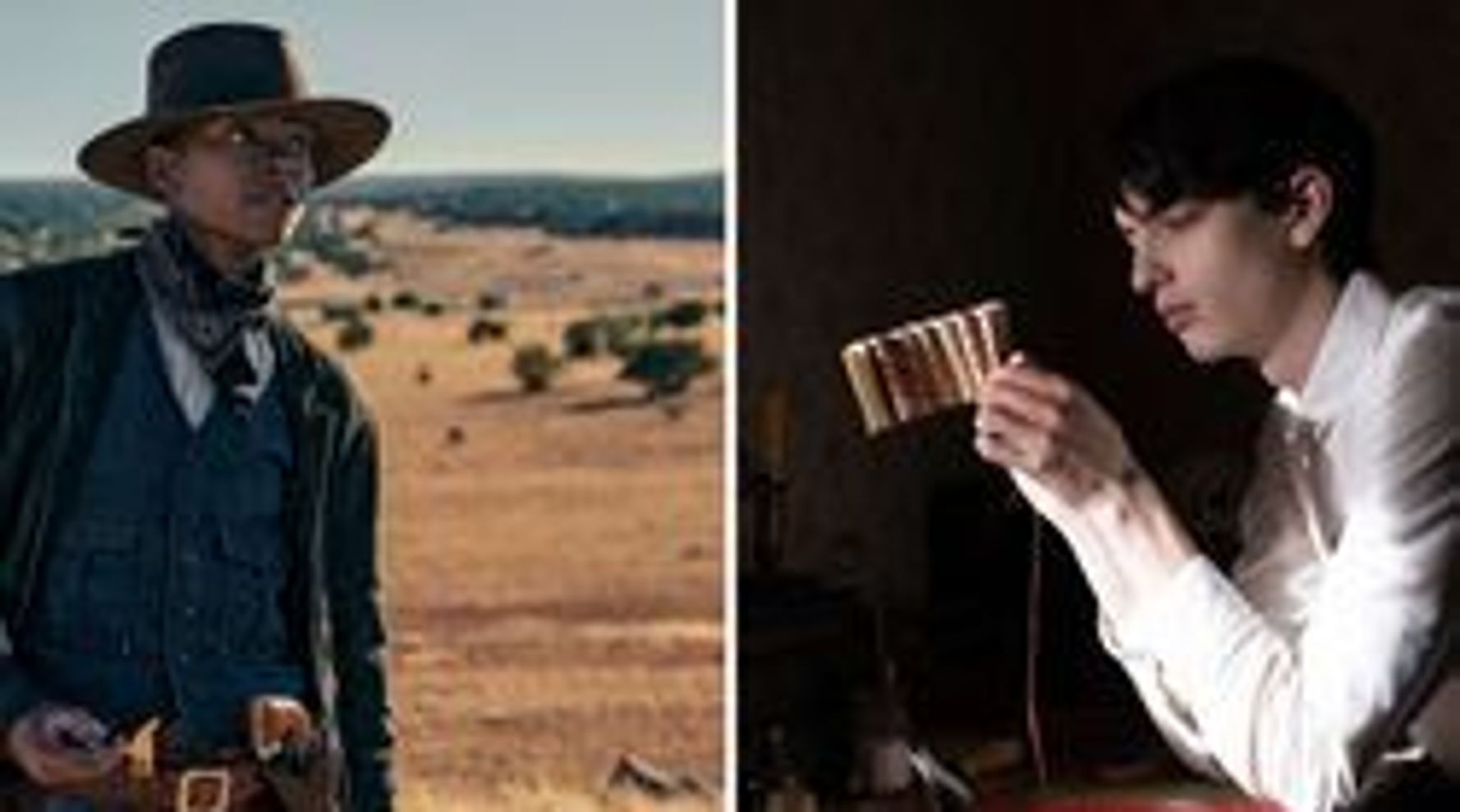 It seems paradoxical that both “The Power of the Dog” and “The Harder They Fall” have appealed to today’s audiences that are, in part, eager to see more evolved images on-screen yet have flocked to a genre that is mired in hyperheterosexuality and whiteness. “The Power of the Dog” has many of the makings of early Westerns, including its vast landscape, though it explores the interior lives of two queer men locked inside the genre’s white hypermasculinity. “The Harder They Fall” has all the trappings with its rampant violence and themes of conquest and repossession, yet with a cast of Black actors.

But can a genre that inherently clings to social orders of the past also meaningfully consider a larger swath of stories that fall outside its standards found in films like “The Searchers” and “The Magnificent Seven”? That answer is complicated.

Obviously, there are noteworthy contemporary examples. Writer-director Quentin Tarantino’s “Django Unchained” reimagines the genre as a space where a freed Black man embarks on a journey to rescue his damsel-in-distress wife from a plantation owner — and actually succeeds. Though it’s thoughtful, wildly entertaining and retains aspects of the genre, it also shows the limits of what you can truly confront in a Western.

“Brokeback Mountain,” though, masterfully upends the genre’s unflinching heterosexuality while still holding its signifiers dear to its heart. That’s because the lauded Ang Lee-directed film makes its story work for the genre, and not the other way around.

To be fair, “The Power of the Dog,” adapted and directed by Jane Campion, does the same thing to a certain extent. Its characters, including abrasive ranch owner, Phil (Benedict Cumberbatch), and his brother’s effeminate stepson, Peter (Kodi Smit-McPhee), are also fully realized, flawed humans whose stories are as compelling as their 1925 Montana panorama.

But as reformist as its storytelling often is — with the men sharing emotionally intimate yet controlled moments and the film subbing out explicit murder with an implicitly violent act at its end — “The Power of the Dog” still prioritizes restoring the white family by any savage means.

This need to service both older and newer fans can be a Catch-22 for some Westerns buffs like Andrew Selepak, a media professor at the University of Florida. He didn’t care for “The Power of the Dog” at all, mostly because he says it’s missing key elements that make up the genre, like its brutality and straightforwardness.

“It wasn’t even a good movie, much less a good Western,” he told HuffPost. “There were aspects of the film that were like, ′We’ll just leave it up to the audience to figure out what’s really going on.′ Westerns are relatively simplistic. Protagonist, antagonist — you know what they’re battling.”

But “The Power of the Dog” does have combat. It’s just of the internal kind, which perhaps doesn’t suit the genre’s historically more direct approach. “One aspect that was really surprising — Westerns generally do have violence in them,” Selepak continued. “And I’m pretty sure there was never a single time in the movie when a gun was fired.”

This question of what makes a good modern Western, or a Western at all, remains intriguing as the genre continues to revise and disrupt itself today, particularly as it attempts to reflect the kind of representation that audiences today demand.

Writer-director Jeymes Samuel’s action-packed “The Harder They Fall” avoids typically white antiheroes to tell a potentially more forward-thinking revenge tale inspired by a real-life Black gang in the 19th-century wild, wild West. Trouble is — according to Tiffany Barber, assistant professor of Africana studies and art history at the University of Delaware — it doesn’t go farther than that. It doesn’t take time to sit with the humanity of its characters or reflect the landscape of Black and Indigenous relations that helped form what in reality was a mixed-raced troop.

“I think that the issue of the corrective or the reparative is very much at the center of this,” she said. “In ‘The Harder They Fall,’ it’s a very surface understanding and representation of Black life that’s not even about Black life. It’s about the genre itself.”

It can also be difficult to watch “The Harder They Fall,” a film that seems far more interested in merely swapping out the white faces fundamental to the genre than contending with its Blackness, at a time when disposability of Black bodies is at the forefront of current dialogue.

This begs the question, Barber added, of whether or not representation itself is even enough when, in the case of “The Harder They Fall,” the characters are so flatly drawn in a genre that has yet to truly make room for those outside its archetypal Americanness.

“There’s so much to be said about the way that even with the social corrections that seem to gesture toward a more progressive era that the genre itself has not actually progressed,” she said.

And yet, there remains an adoration for the Western dating back to its cinematic beginnings at the end of the 19th century. But maybe that says a lot more about what today’s audiences look for in a film.

For Sharon Geltner, a freelance journalist, the answer is clear: “A lot of people today did not grow up on Westerns. So they’re eager to see this stuff, and they’re not going to be offended.”

Sure. But the bar, like for every other genre, should be raised much higher than its level of offensiveness. It comes back to the question of whether or not the movie is any good, even with any social reparative it might add. While some viewers, like Barber, see very little hope in the genre being able to evolve in any impactful way, save for a few sprinklings of achievement, others like Geltner see possibility — if it has a good story.

“No matter what color you are, or what walk of life you’re from, there has to be a really compelling story,” she said. “It’s not enough just to cast a certain way or include certain things that are gimmicks. The actual story has to be the bedrock that everything else flows from.”

Otherwise, it is little more than a relic.