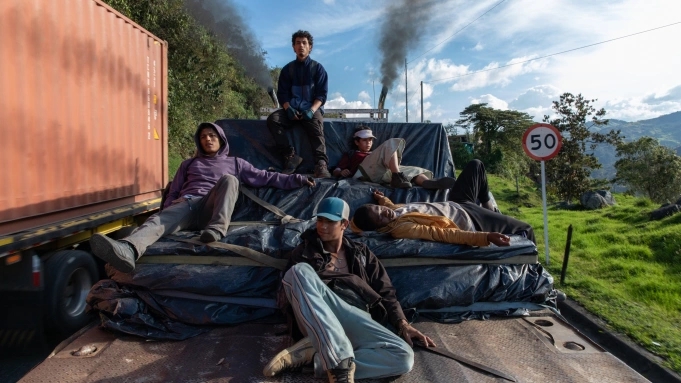 
Colombian filmmaker Laura Mora has clinched the Golden Shell in the main competition of the 70th San Sebastian Film Festival with her latest feature The Kings of the World (Los reyes del mundo).

Billed as a subversive tale of disobedience, friendship, and dignity, the film follows five boys living on the streets of Medellín who set out on a journey in search of the promised land. The film is a Colombian co-production with Luxembourg, France, Mexico, and Norway.

This is the third year running that a film helmed by a woman has taken home the Golden Shell following Dea Kulumbegashvili’s Beginning in 2020 and Alina Grigore’s Blue Moon last year. This is also the first time a Colombian production has picked up San Sebastian’s top prize in the festival’s seven decades.

In other main competition awards, Japanese writer Genki Kawamura picked up the Silver Shell for Best Director with A Hundred Flowers (Hyakka). The animated feature is Kawamura’s feature debut and is based on his 2019 novel of the same name. The Best Screenplay Award was handed to Dong Yun Zhou and Wang Chao for their work on A Woman (Kong Xiu).

San Sebastian’s closing night awards gala concluded with the world premiere of Marlowe, the latest movie by Neil Jordan, starring Liam Neeson and Diane Kruger. All three were in attendance.