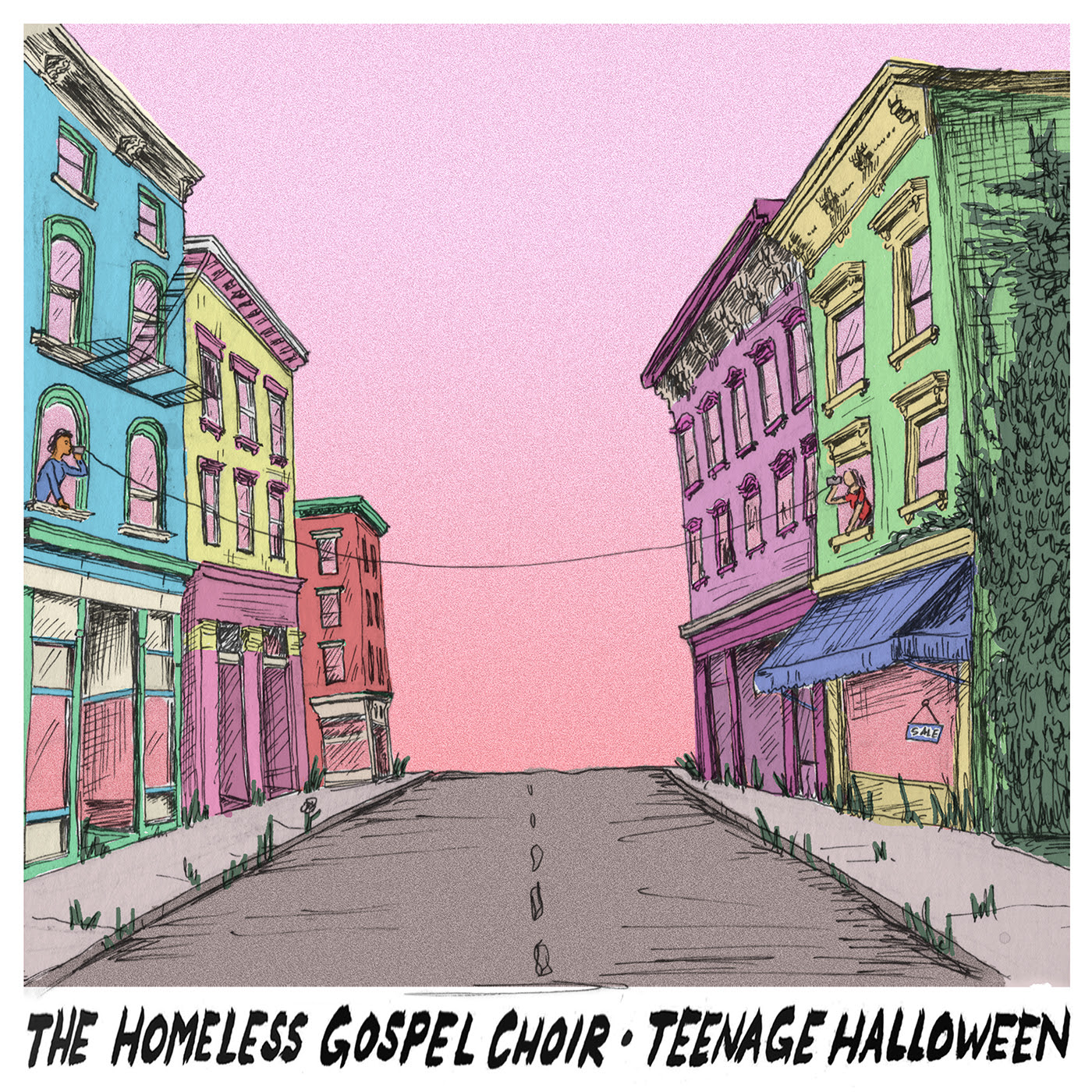 
Teenage Halloween are kicking off 2022 with a new split EP. The New Jersey power-pop punks have teamed up with Pittsburgh’s the Homeless Gospel Choir for a new four-song release comprising the first studio recordings from either group since 2020. Homeless Gospel Choir was once Derek Zanetti’s solo folk-punk project, but they’re fully electrified on the sister songs “Harrisburg Shoes” and “Pittsburgh Shoes,” anthems that would make a lot of sense alongside the Hold Steady or some similarly hearty underground rockers. Then come two infectious new Teenage Halloween tracks. The latter, “Burn,” was debuted in a live session last year. The former, “Floating,” features the memorable lyric, “Don’t want to teach a gender studies class in every conversation I have, it’s arduous.”

A quote from Zanetti:

After spending months apart from each other and feeling the bitter bite of quarantine, we wanted to write songs for each other to help us get through the lonely times. “Pittsburgh Shoes and “Harrisburg Shoes” are love songs written to encourage and uplift one another and remind ourselves about the goodness that is to come.

It was amazing for us to all be in a room together playing music and capturing the magical moments of being a band. All of the elements and musicality that is so important, small nuances, and inside jokes are all laid out in a way that you can hear everything.

Stream the EP below.

The Homeless Gospel Choir / Teenage Halloween split is out now on Don Giovanni. Purchase it on vinyl here.