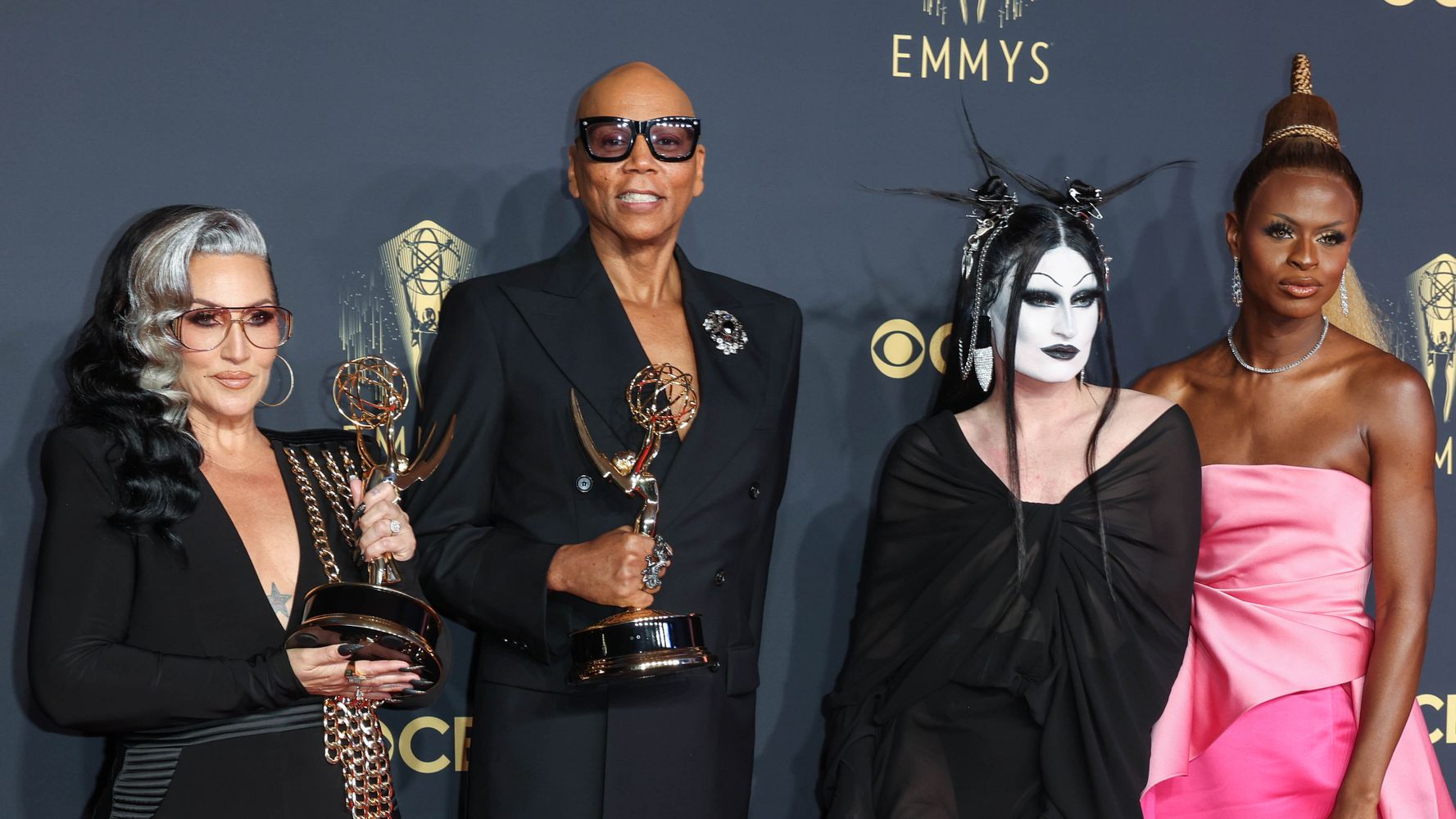 If there were an Emmy award for irony, Sunday night’s ceremony would be the clear winner.

“It’s so great to see that television and the stories we tell are finally becoming a reflection of every part of our society. Voices of Black, Latinx, Asian American and Indigenous creators, along with the LGBTQIA+, neurodiverse and disabled communities are being heard by larger audiences than ever before,” Frank Scherma, the chairman of the Television Academy, which awards the Emmys, said during the show.

It was a hell of a contrast to the glaring lack of diversity among the winners, after a year that brought perhaps the most diverse field of nominees ever (and it was already way past time for that). It took nearly two hours into Sunday night’s Emmys broadcast for a person of color to take the stage to deliver an acceptance speech (RuPaul, who became the most awarded Black artist in Emmys history).

Shortly after, seemingly everyone let out a huge sigh of relief when the visionary creator Michaela Coel finally won for writing the HBO limited series “I May Destroy You.” It was the only award of the night for the series, which Coel created, wrote, starred in and co-directed. Throughout this year, several major awards bodies have largely overlooked her work — despite the widespread consensus that the series, a searing examination of sexual assault, trauma, power and consent, is one of the best shows in recent memory.

By the end of the night, no actors of color or LGBTQ actors had won any of the major acting awards. Most surprising of all: the late Michael K. Williams, who had never won an Emmy throughout his storied career. He was widely expected to win a posthumous award for his work on HBO’s “Lovecraft Country.” Presenter Kerry Washington gave a heartfelt tribute to him when announcing his category, only to open the envelope and reveal that Tobias Menzies had won for Netflix’s “The Crown.”

It didn’t help that Emmys voters only seemed to watch the same handful of shows from the past year, despite the glut of shows on TV right now and the diverse range of nominees this year. Many of the shows that dominated the night had predominantly white casts, like “The Crown,” as well as Apple TV+’s “Ted Lasso” and HBO’s “Mare of Easttown.” And when given the opportunity to honor something new and groundbreaking, the Emmys often went with the familiar, such as awarding NBC’s “Saturday Night Live” its umpteenth Emmy for Outstanding Variety Sketch Series, over HBO’s “A Black Lady Sketch Show.”

Throughout the night, there was also a glaring discrepancy between the diversity of the presenters and the lack of diversity among the winners, with so many presenters of color giving awards to white winners.

For instance, Sterlin Harjo, Paulina Alexis, Lane Factor, Devery Jacobs and D’Pharaoh Woon-A-Tai — the creator and main cast of the wonderful FX on Hulu comedy series “Reservation Dogs” — took the stage to talk about the importance of authentic and nuanced Indigenous representation on-screen. (“Reservation Dogs” will be eligible for Emmys next year — take note, voters!)

They segued into presenting the award for Outstanding Directing in a Limited Series. The Emmy went to Scott Frank, director of Netflix’s “The Queen’s Gambit,” in a category in which Coel’s directing on “I May Destroy You” and Barry Jenkins, director of “The Underground Railroad,” were right there. (“The Queen’s Gambit,” like many of the shows that won on Sunday night, also had a predominantly white cast, and one of its few characters of color was depicted using the racist “Magical Negro” trope.)

There were occasional markers of progress: The directing awards for both comedy and drama series went to women (Lucia Aniello for “Hacks” and Jessica Hobbs for “The Crown”). But even that was yet another reminder of the glacial pace of change in Hollywood; that women winning awards for directing still constitutes a rare and significant moment.

For years, TV viewers have become more diverse, demanding that the stories they see on-screen better reflect themselves. TV creators and artists from underrepresented communities have been advocating to get the few opportunities to tell those stories. Awards like the Emmys reflect the pinnacle of success, and the exposure that comes from awards can open up more doors for more people to tell their stories.

In a year when many institutions in Hollywood made promises to “do better” on diversity, it’s clear that so many of those promises remain unfulfilled.