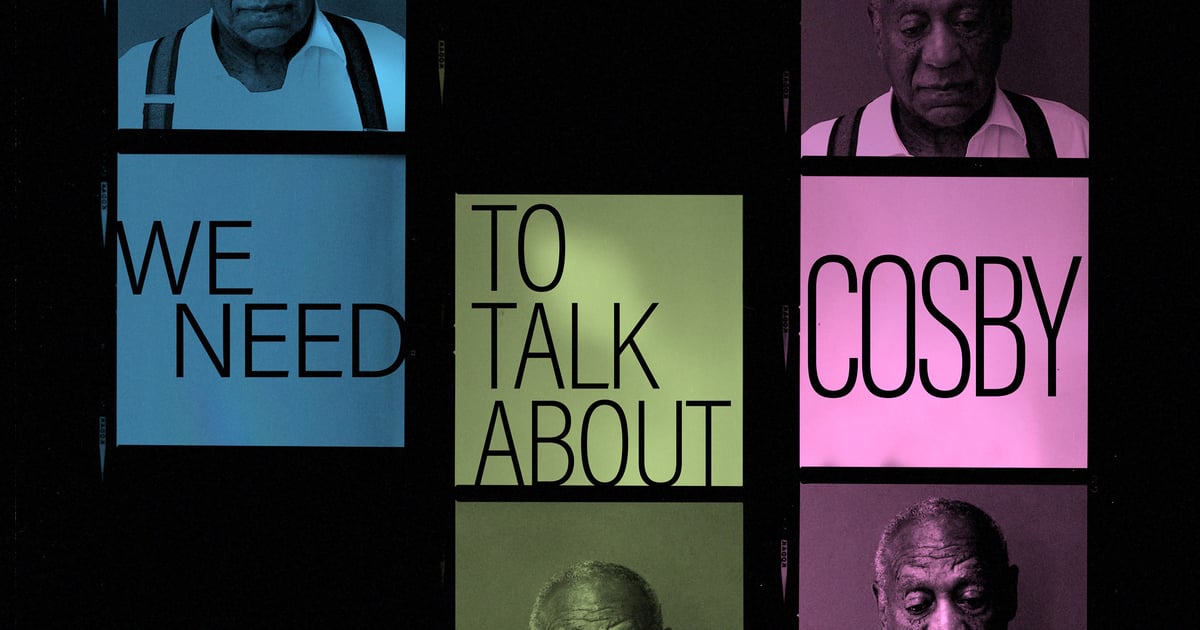 
We Need to Talk About Cosby poses a difficult question: can we separate the art from the artist? Through a series of conversations with comedians, journalists, and survivors, Emmy winner W. Kamau Bell examines Bill Cosby’s legacy and horrifying history of sexual assault. The four-part docuseries, which premiered at this year’s Sundance Film Festival, comes seven months after the disgraced comedian’s sexual assault conviction was overturned.

The 84-year-old actor only served two years of his three-to-10-year sentence for aggravated indecent assault against Andrea Constand. “It would be antithetical to, and corrosive of, the integrity and functionality of the criminal justice system that we strive to maintain,” the Pennsylvania State Supreme Court said of Cosby’s imprisonment. “For these reasons, Cosby’s convictions and judgment of sentence are vacated, and he is discharged.” While allegations continue to plague Cosby, the statute of limitations has run out for many alleged victims. It’s unclear if the prosecution will appeal the decision or try Cosby again.

Since his release, Cosby has publicly maintained his innocence. “I have never changed my stance nor my story,” he tweeted in June 2021 (his account has since been deleted). “Thank you to all my fans, supporters and friends who stood by me through this ordeal. Special thanks to the Pennsylvania Supreme Court for upholding the rule of law.”

We Need to Talk About Cosby is set to premiere on Showtime on Jan. 30. Read the most haunting takeaways from the docuseries ahead.