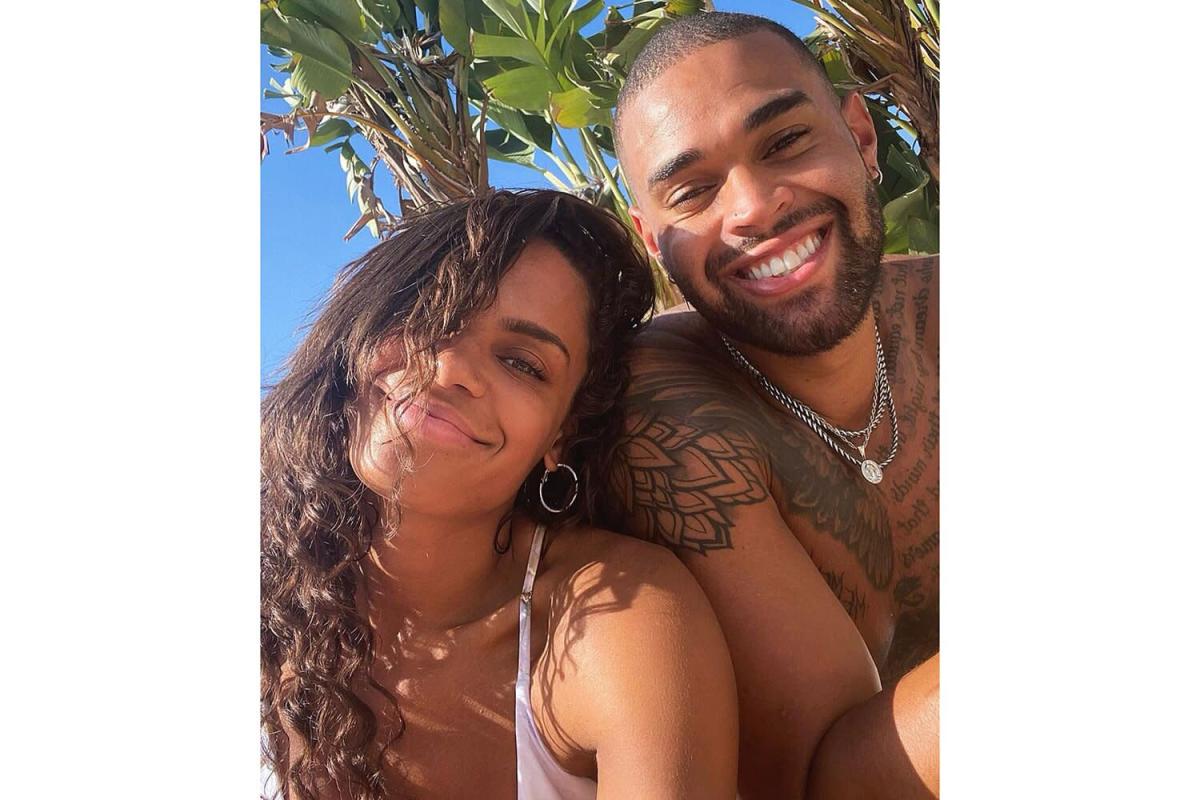 Across multiple Instagram Story videos on Monday, the former Bachelorette addressed rumors that she has broken up with Olukoya. Young said that while she doesn’t normally use her platform to speak openly about speculation, she chose to do so after receiving “so messages” from concerned fans.

“There is a video circulating of me on a rooftop this weekend and I’m not wearing my engagement ring,” she said. “And what I will have to say is to the person who is paying close enough attention to catch that moment, you also had to be paying close enough attention to see one of my friends briefly remove my engagement ring to try it on and then place it back on my finger.”

Young added, “Just a friendly reminder that Nayte and I, we are human beings — not a zoo exhibit.”

The Minnesota native then pointed out that “videoing somebody without them knowing is creepy” and “not cool.”

Olukoya, meanwhile, joked about the situation on TikTok. In the hilarious clip’s caption, he revealed that “90%” of his DMs are fans questioning why Young isn’t with him.

Young, 28, and Olukoya, 27, got engaged during her season of The Bachelorette, which aired last year. Following the big milestone, she told PEOPLE how the pair’s relationship has strengthened since appearing on the show.

“I fall more in love every day,” she said last December. “I was fortunate enough to grow up in a family with a healthy marriage and I thought, I’m not going to give up until I have that. He’s my person. And I didn’t know I could love at this level.”

Olukoya said that it’s “so natural for us to be together,” explaining how he’s “all in” on their relationship.

“We’re just two people madly in love going down this road,” he added. “And we’re each other’s rocks for life.”