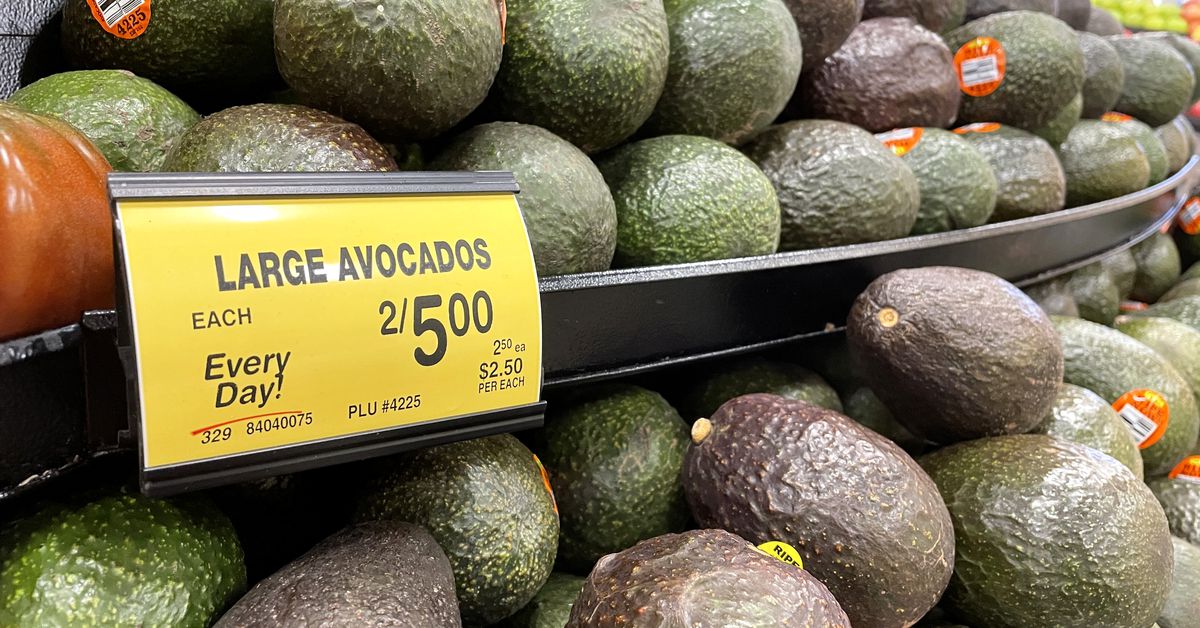 
On Sunday, as millions of Americans scooped globs of guacamole onto tortilla chips while watching the Rams best the Bengals in Super Bowl LVI, the United States Department of Agriculture announced a sudden halt to the importation of avocados from Mexico after it said one of the agency’s agricultural health inspectors in the state of Michoacán received an anonymous threat of violence via telephone. Of course, the avocados for everyone’s Super Bowl dip weren’t impacted — those were already in the country — but the move comes amid growing tensions and escalating violence in the avocado trade between the United States and Mexico.

According to Zhengfei Guan, associate professor of food and resource economics at the University of Florida Institute of Food and Agricultural Sciences, Americans have a voracious appetite for avocados. Our consumption of avocados has more than quadrupled over the past two decades, and avocados are the single largest fruit import for the United States, with more than 2.2 billion pounds of avocados imported in 2020. Guan says 91 percent of those avocados came from Mexico, which exports the vast majority of its avocado crop — 80 percent — to the United States. That all adds up to an avocado market that’s worth more than $2.5 billion each year, making the industry an attractive target for organized crime groups.

Those groups have seen renewed power in the past couple of years following the inauguration of Mexican president Andrés Manuel López Obrador, who took office in December 2018. Tony Payan, the director of the Center for the United States and Mexico at Rice University’s Baker Institute for Public Policy, tells Eater that López Obrador has taken a much softer stance on organized crime than his two predecessors, which has resulted in what essentially amounts to “carte blanche” for cartels and other criminals to expand their operations.

The way that avocados are grown and supplied makes the industry an easy target for criminals, according to Payan. “This is a multibillion-dollar industry. There’s a lot of money to be made, and organized crime knows where the avocados are — you can’t hide a big avocado grove,” he says. “They know who the farmers are, they know where the facilities for processing and transporting the avocados are, and they come in and threaten the farmers and the workers.”

Michoacán is home to much of Mexico’s avocado crop, as its volcanic soil and frequent rainfall provide a good environment for growing the fruit, making it ground zero for conflicts. In 2019, in the town of Ziracuaretiro, a gang robbed a truck full of USDA inspectors at gunpoint. At that time, the USDA did not implement a suspension on imports, but did issue a warning on escalating violence in the region. “For [the avocado industry], it’s worth it to pay even millions of dollars to criminals,” Payan says. “And everybody, including the Mexican government, kind of looks the other way.”

In 2021, the violence against avocado farmers was so widespread that a group of farmers took up arms against the gangs that were extorting them. Calling themselves Pueblos Unidos, the group installed armed “vigilantes” to patrol the areas surrounding avocado farms to prevent “kidnapping, extortion and theft of avocados,” according to France 24. López Obrador opposes the vigilante groups, and implemented a strategy dubbed “abrazos, no balazos,” or “hugs not bullets,” in an effort to minimize cartel violence. The program focused on poverty alleviation strategies in regions with significant cartel activity, not dismantling the cartels.

Even if the suspension of avocado imports in the United States only lasts for a short time, the impact in Michoacán will be substantial. While it might have short-term benefits for consumers across Mexico — avocados could flood the market, leading to a dramatic drop in prices — avocado farmers face financial ruin. “They’re going to have hundreds of tons of avocados that will rot, and the farmers will literally lose billions of dollars,” Payan says. “If this goes on, workers in Michoacán will be laid off, and it will be devastating to the avocado industry.”

In the United States, consumers can expect avocado prices to skyrocket. According to Guan, the monthly average price of an avocado has risen about 40 percent since January 2021. In January 2021, an avocado cost about $1.05. Now, consumers can expect to pay about $1.36 per avocado, a price that will only rise if the stoppage of Mexican imports continues. “The USDA’s decision will have a huge impact on the market supply of avocados, and the price is expected to further spike,” Guan says.

Outside of Mexico, the United States produces its own Hass avocados (the variety grown in Mexico and the one most commonly found in grocery stores) in California and imports some from Peru. But those avocados are most abundant during their growing season, which starts in the spring and runs through early fall. “We have avocados year-round in U.S. supermarkets because we can source avocados from other areas of the Americas during the off-season,” says Trent Blare, an assistant professor at the University of Florida’s Tropical Research and Education Center. “Although there are alternative sources to Mexican avocados, the big challenge that grocery stores and restaurants will have is sourcing avocados over the next few months if this suspension continues.”

Farmers in Florida and the Dominican Republic also grow avocados, but they’re a different variety from the Hass avocado. The tropical avocado is larger and boasts a different flavor than the Hass, and is viewed as less desirable for American consumers. And getting them to, say, Chicago from the Dominican Republic poses serious logistical challenges. “Mexico’s proximity to the West and Midwest makes it a cost-effective source for avocados in these regions,” Blare says. “With all the other supply chain issues the United States is facing with a shortage of trucks and overflowing ports, getting avocados from the Dominican Republic would likely be a headache.”

Payan is, however, optimistic that the import stoppage will be resolved quickly, largely because the industry is so important to Mexico, and because American consumers are obsessed with their avocados. His expectation is that the Mexican government will negotiate some sort of “modus vivendi,” or a peaceful truce, in order to keep the industry from collapsing entirely. A similar peace was negotiated after the team of American produce inspectors was threatened in 2019.

But ultimately, those are just stopgap measures, and it’s likely that the violence surrounding avocado production will continue in Michoacán. “My guess is that [the Mexican government] will refuse to implement an aggressive strategy against organized crime. The more likely outcome is that they will send an envoy to say, ‘look, we know what you’re doing, but you can’t put an entire industry at risk,’” Payan says. “Essentially, they’ll be told to stay clear of U.S. inspectors, and we’ll go back to the status quo.”