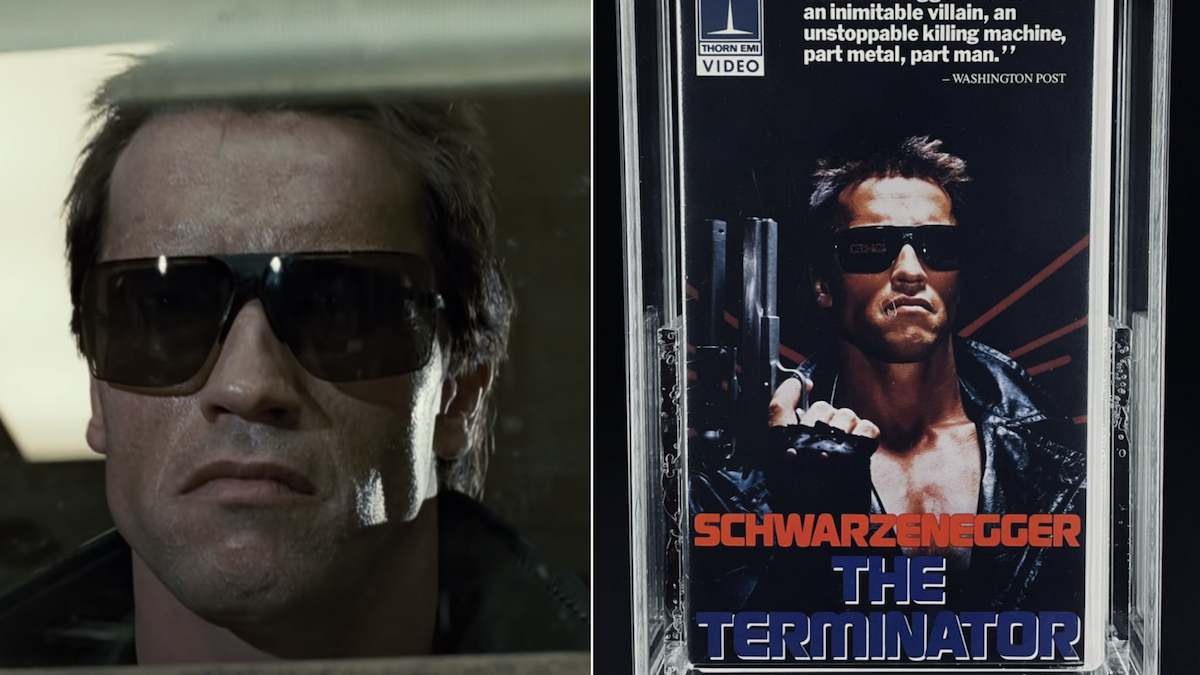 For all those who didn’t preserve their original copy of The Terminator from 1984, we know now why you cry. A first print VHS of the Arnold Schwarzenegger sci-fi thriller recently sold for $32,500 at an online auction on the vintage marketplace ComicConnect.

The item boasted quality gradings between 9 and 10 out of 10 for every inspection category aside from the physical tape’s corners and edges, which still produced an admirable 7 out of 10. COO of ComicConnect Vincent Zurzolo told TMZ it was sold in three days after being put up for auction.

The long-running franchise debuted in 1984 as a low-budget thriller that became an unexpected hit and launched writer-director James Cameron and its two breakout leads Schwarzenegger and Linda Hamilton into superstardom. The trio returned for 1991’s Terminator 2: Judgment Day, and four film sequels have since followed with varying involvement from the original cast and diminishing box-office appeal.

The most recent entries, 2015’s Terminator: Genisys and 2019’s Terminator: Dark Fate, were the franchise’s lowest earners yet, though this latest sale may signal some renewed value from die-hard fans.

So, remember this story the next time a piece of outdated technology seems ready for the trash bin: Just like the obsolete T-800, it will be back.

There hasn’t been any news from the Terminator universe lately, though that’s not for lack of activity from its creative team. Cameron continues to be bogged down in the concurrent productions of his next four Avatar sequels with the first offering, Avatar 2, expected in December 2022. Meanwhile, a pilot for the TV adaptation of True Lies, the 1994 action movie that reunited Cameron and Schwarzenegger, was green-lit in fall 2021 with Cameron’s involvement.

Schwarzenegger was most recently involved in a multi-car collision in January. The former Governor of California was unharmed while one driver sustained minor injuries. In 2021, he was attached to the sequel for his 1988 comedy Twins with returning co-star Danny DeVito and new addition Tracy Morgan.