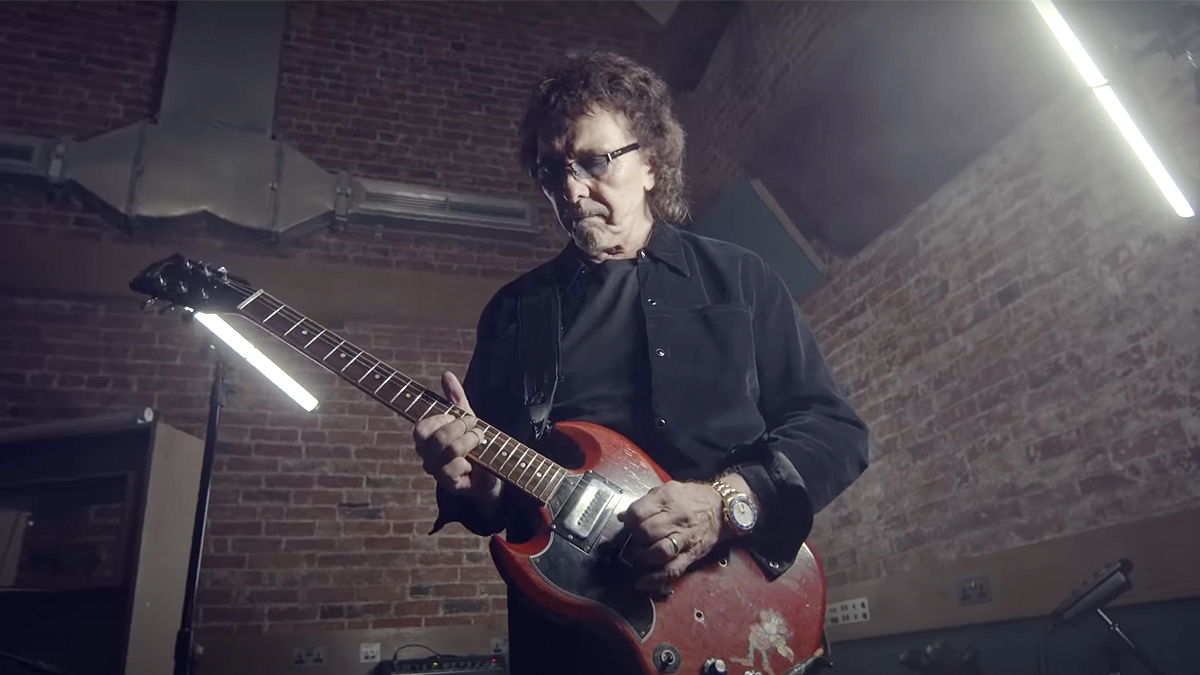 Toni Iommi has returned with a new signature cologne and song, “Scent of Dark”, his first new rock-oriented music in more than eight years.

Iommi teamed with Italian perfumier Xerjoff for the boutique cologne, an unexpected branding endeavor for the legendary Black Sabbath guitarist. Iommi is well aware of what fans might think about his new endorsement.

“They’ll think I’ve gone mad,” he told Rolling Stone with a laugh. “It’s something I would’ve never thought of involving myself in. But it’s been nice to be involved in it.”

Anything that means new music from Iommi is cool by us. He previously contributed a classical piece for the Birmingham Cathedral in 2017, but otherwise, “Scent of Dark” is Iommi’s first traditionally heavy rock song since Black Sabbath’s 2013 album, 13.

Clocking in at just over four minutes, “Scent of Dark” is an engaging instrumental with fantastic riffs and soloing from Iommi. These aren’t some throwaway riffs, either — the production and soundscape is huge. The guiding melodies are carried out by lead guitar work and a string section; it’s not hard to imagine Ozzy Osbourne singing over these chords.

The accompanying music video for the track was shot at Sudeley Castle, near Gloucestershire, England.

“The only trouble is, when I was outside filming, I had an audience,” Iommi said. “All the people that go around viewing the castle were standing there watching me, looking like, ‘What’s he doing? Oh, dear.’”

On the song’s impeccable riffage, Iommi added: “I’ve recorded a lot of riffs and tracks [in recent years] with Mike Exeter. And with this one, I couldn’t imagine who would sing on it; it just seemed ideal to put it down as an instrumental. I’ve had the main part for a while, and I just added some new parts to it. Then I added these other gloomier riffs to make it blend in with this perfume idea. I really liked the idea of using some violins and cellos and stuff, and so we did on this track.”

Iommi will likely next be heard on Ozzy’s upcoming solo album, as he was recently announced as one of the special guest lead guitarists, alongside Jeff Beck and Eric Clapton. Zakk Wylde, a member of Ozzy’s touring band, is playing rhythm guitar throughout the forthcoming effort.

Watch the video for “Scent of Dark” below.