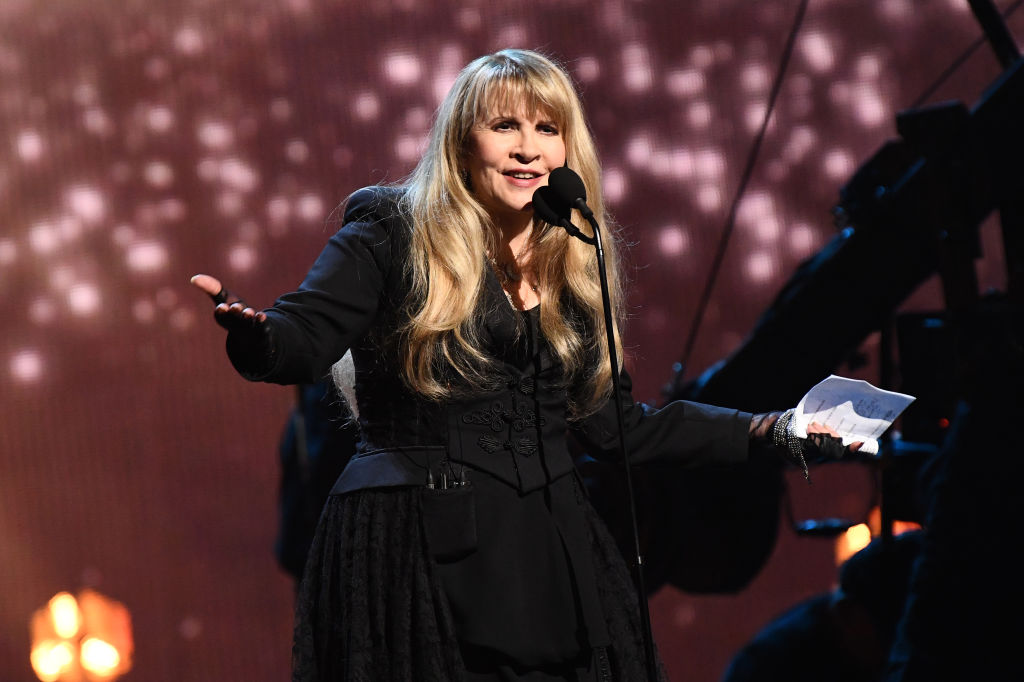 
Stevie Nicks, who’s known for her way with words, wrote down her feelings toward Russian President Vladimir Putin amid his country’s invasion of Ukraine.

Nicks shared them Tuesday, with the caption, “From my journal….”

Then, in more than enough words to make a song, the Rock and Roll Hall of Famer spoke directly to Putin, asking him if he’s lonely and talks to ghosts.

“Because you really have no friends — everyone is afraid of you; afraid to even offer up good advice, because great emperors don’t listen to anyone but ghosts,” the Fleetwood Mac singer wrote. “Your ghosts must be shaking their heads concerning the killing of children and young people and destroying the houses of young families just for sport. Your ghosts disapprove.”

She went on to say that Russia’s “amazing creative history,” filled with ballerinas, writers and more, would not save Putin. “You will never be forgiven” and ghosts will forever haunt him, Nicks said.

“They will shake their heads and say, ‘This time, Vladimir — you went too far. You crossed a sacred line. You tried to take a beloved country away from its beloved people.’ So far, you are responsible for hundreds of dead (including civilians and children), thousands injured and hundreds of thousands of people are running for their lives… and it is just the beginning.”

The “Landslide” singer told Putin that she hopes he never sleeps again, that he’s stuck at a “long, ugly, lonely table” and that he turns to dust. She also hoped that Russia’s history books stopped including him.

Nicks is one of the many celebrities, including Sean Penn, Brian Cox and Ashton Kutcher, speaking out against Russia and in support of Ukraine during the international crisis.