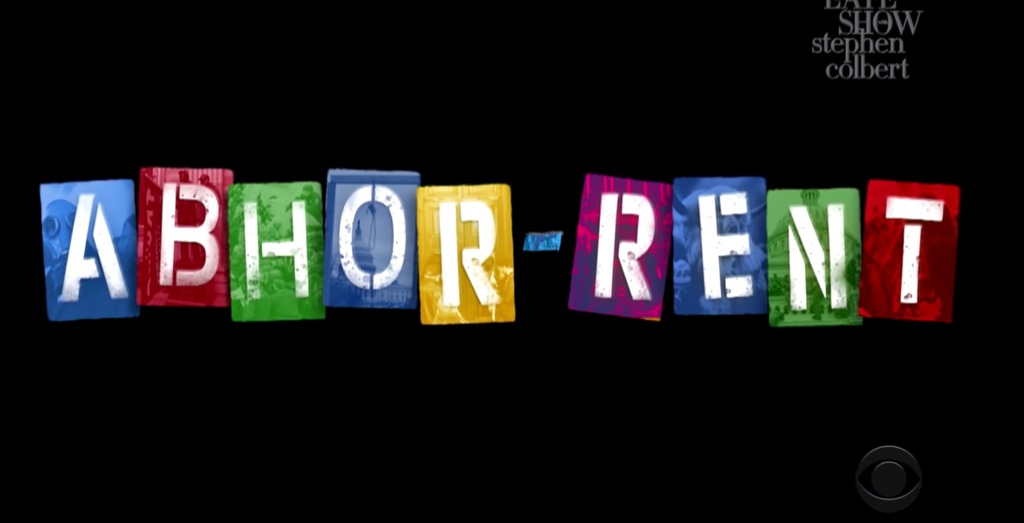 
Hamilton got in on the January 6 anniversary act, so why not Rent?

CBS’ The Late Show with Stephen Colbert last night set the anniversary to music with a parody version of Rent’s “Season of Love,” examining the 525,600 since the insurrection through the show’s comedic lens.

Changing the lyrics of Jonathan Larson’s song to include references to Donald Trump, Ted Cruz, Rudolph Giuliani, Donald Trump Jr. and various “treasonous dimwits,” the musical number titled “Abhor-Rent: 525,600 Minutes Since The Insurrection” describes those involved in the day of infamy as a bum, a skunk, a drunk and “like Mussolini but dumb” (watch the video above to see who’s who).

Late Show airs weeknights at 11:35 p.m. on CBS and streams online via Paramount+.