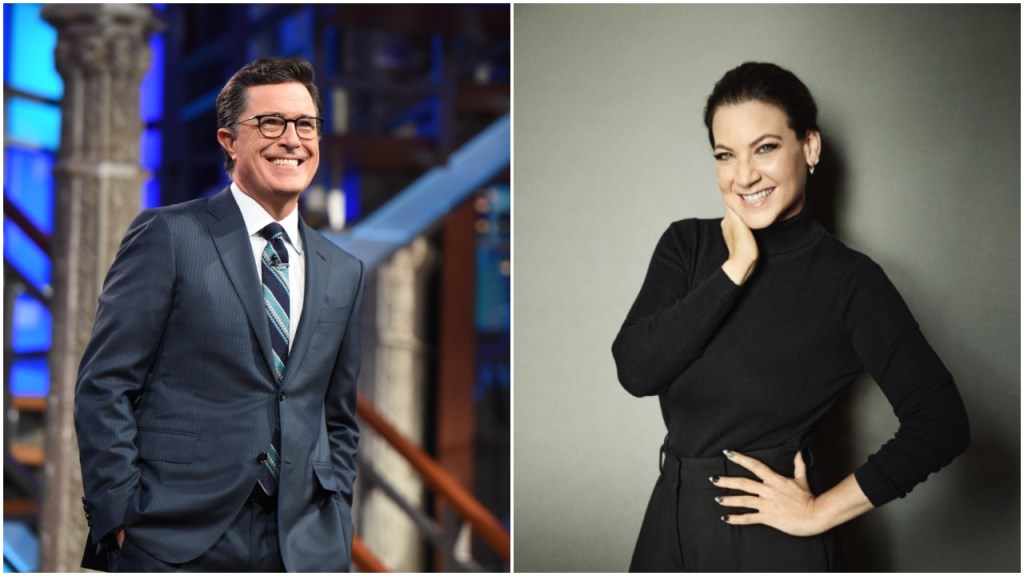 
Stephen Colbert has tapped his former publicist Carrie Byalick as boss of his fledgling production company.

Byalick, who has worked with The Late Show host for 16 years, has been appointed President of Spartina Productions.

She will oversee all aspects of the company and joins Evelyn McGee Colbert and The Late Show exec producers Chris Licht and Tom Purcell as principals in the company.

It comes after Colbert signed a first-look deal with CBS Studios.

Byalick has been running her own talent management firm, B.Company since 2016, having spent nearly two decades as a publicist, latterly as SVP in ID’s New York office. She also produced HBO’s 2 Dope Queens.

Colbert said, “For 16 years, Carrie Byalick has been an invaluable creative partner who made every idea better, and I am so grateful she will now be leading Spartina Productions.”

“I’m incredibly excited to start this new journey with someone whose smarts, wit, dazzling comedic taste, and essential kindness I value so much” added Byalick. “I can’t wait to dig in and see what we come up with together.”