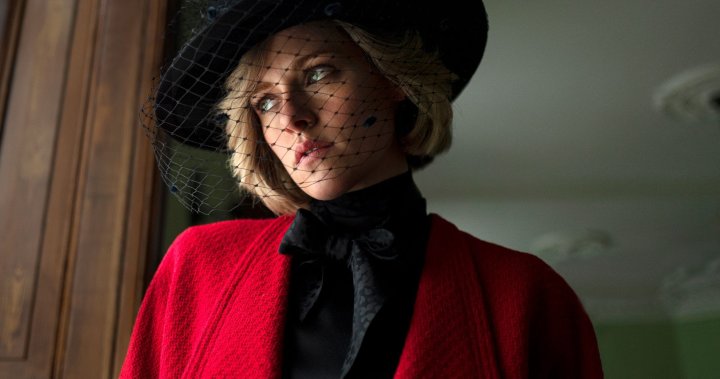 
It’s no secret that the late Princess Diana — who died in a 1997 car crash after being chased by paparazzi — suffered through her marriage to Prince Charles and spent nearly every waking minute trying to avoid cameras and public scrutiny.

By her own account, she was a prisoner in the royal family.

In Spencer, an artistic, pensive movie focused on a three-day Christmas stint at the Sandringham Estate, where the royal family traditionally spends the holiday, Kristen Stewart (Twilight, The Runaways) plays Diana scarily well.

The movie follows the proceedings of those three days, which spread out over what seems like weeks. Yes, the film is slow-paced and thoughtful, but it perfectly captures that feeling of claustrophobia and restriction, and what it must’ve felt like to be an unwitting member of the royal family.

There are eyes everywhere, there is protocol to be followed, specific outfits need to be worn, and everything must be followed to a T. If it’s painful to a member of the viewing audience, imagine what it’s like to actually be inside it.

Why is Stewart so good in the role?

Despite the impeccable wardrobe Stewart wears in the film, she doesn’t bear a particularly strong resemblance to Diana, at least in terms of her looks. But somehow, through body language, a suppressed voice and a defeated glance, she embodies Diana. It’s as if Stewart sat down to painfully scrutinize videos of the late royal, her movements are that deliberate and accurate. The British accent fades in and out, but for the most part is inoffensive (a rare feat these days).

Stewart’s genuine performance, perhaps informed by her own experience with paparazzi and quick fame, is the central flame of Spencer, as it should be. Just as with the real Diana, you root for her, you want her to escape, you want her to be free of Charles. Knowing what’s to come makes it all the more tragic.

Does the movie have any merit besides Stewart’s performance?

You heard it here first: the costuming team on Spencer will definitely win the Oscar. The outfits are nothing short of spectacular, and they’re spot-on. The camera might be far away from Stewart at times, but based on the outfit alone you can tell it’s Diana. They’re that accurate. If you’re into that kind of thing the movie is worth seeing for that alone.

I wasn’t particularly wowed by any of the other cast members’ performances, with the lone exception of Sally Hawkins as Maggie, Diana’s lady-in-waiting. Her character provides a “commoner” foil in the face of Diana’s royalty and is her sole confidante. Hawkins simply oozes on-screen charisma, and you can’t help but be drawn to her from her first scene.

Diana’s children, Princes William and Harry, appear in the movie, but for the most part, these scenes are underwhelming. One part featuring Diana with her boys didn’t hit the right note for me; it came off artificial and shoehorned in. Of all things, Diana is remembered as a great mother to her kids, and in Spencer her behaviour toward her children is questionable. Her being a bad mother didn’t fit with the idea we all have of the people’s princess. But maybe that’s the truth. Who knows?

I’ve heard some people say the movie is really boring.

As mentioned earlier, it’s slow. If you’ve seen director Pablo Larraín’s other biopic, Jackie, it’s similar in feeling. Each of the women wanders through monstrous, cavernous mansions with impossibly high ceilings, trapped in their respective worlds, beholden to their husbands’ wishes. There’s a lot of pensive staring and whole swathes without dialogue.

If the idea of royals or Diana doesn’t interest you, there won’t be a lot to hold your attention.

The Crown also ruined my royal-family palate, and that’s definitely a factor here. Stewart’s version of Diana is all her own, but Emma Corrin in The Crown really did a number on all of us. Another example is the actor playing Charles (Jack Farthing): he simply isn’t even close to The Crown‘s tremendous Josh O’Connor.

Will Stewart win the Oscar?

It’ll be a toss-up between Stewart and Lady Gaga in Gucci. It should be an interesting showdown, but the award will most likely go to Stewart.

So what’s the bottom line?

Spencer is Stewart’s movie, and she stretches within the role to her outermost limits. It’s been fascinating to watch her evolve from a fledgling young actor into a tour de force. The parallels with Diana are many and obvious: both women nearly crumbled under the heavy yoke of expectation, but somehow managed to trudge on and emerge freer, stronger. If only Diana’s ending wasn’t so calamitous.

‘Spencer’ is now playing in theatres across Canada. Please check your local listings for details.