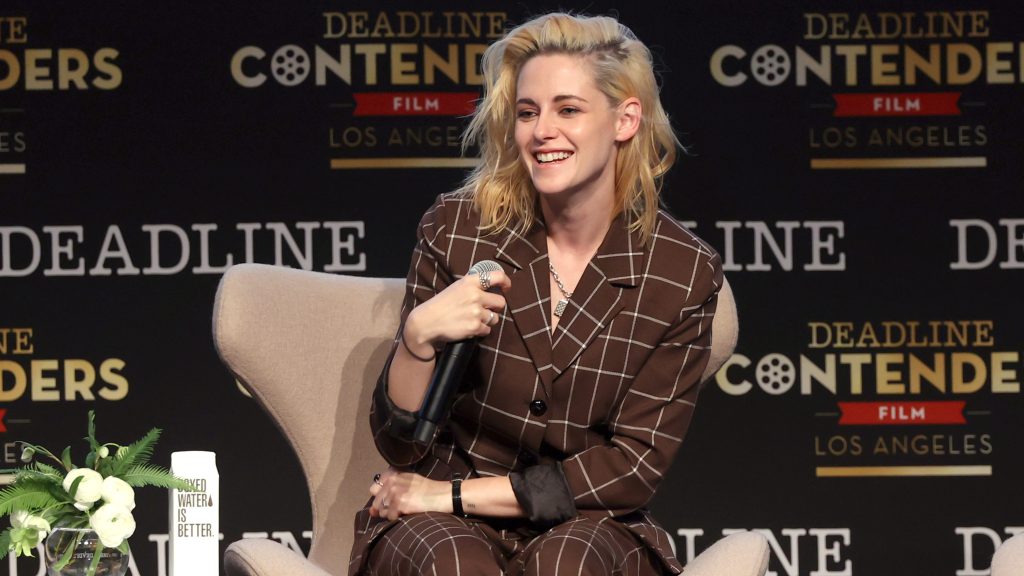 
At Sunday’s Contenders Film: Los Angeles event, Spencer star Kristen Stewart talked about her connection to her real-life character, Princess Diana. “I’m not somebody who had a super developed relationship with her as a figure, or the royal family as a whole thing, but I wouldn’t have played this part unless I loved her,” she said. “It’s so easy to do that, it’s so immediate.”

Talking of Diana’s relatability for ordinary people, she said: “I think also what she represented so viscerally is this reflection. It was the first time that anyone imbedded in this Royal Institution ever felt like somebody who they could be. It wasn’t based on fake dreams… she provided a dream that just felt real.”

Director-producer Pablo Larraín joined Stewart onstage at the DGA Theater and addressed the fact that some critics have been likening the film to a horror movie. “I’ve heard a lot that this movie has a horror take on her life. And look, I’m fine with that. I just think that, if I were to inhabit any of your points of view for 10 minutes, and to see the things that you think, just to see to the memories that you have, and you put it on screen, it could be a horror movie!”

Larraín also spoke of writer Steven Knight, and the decision to make the family as a “background” in the story. “It’s the moment that she decides to walk away from that marriage. And that decision, it’s difficult. She finds her identity, I believe, and she decides to move on. She was in a marriage that was too crowded… She understands that she can have a life with her children outside of that structure, that institution.”

Larrain’s reimagining in Spencer of a Royal Christmas at Sandringham journeys into the mind of a lonely Princess Diana as she struggles with the “house rules” during the breakdown of her marriage to Prince Charles. Written by Steven Knight (Locke), the story follows her as she rails against everything from the imposed dress code to strict dinner times, while facing an eating disorder and seeing visions of past queens. Jack Farthing, Sally Hawkins, Timothy Spall and Sean Harris also star.