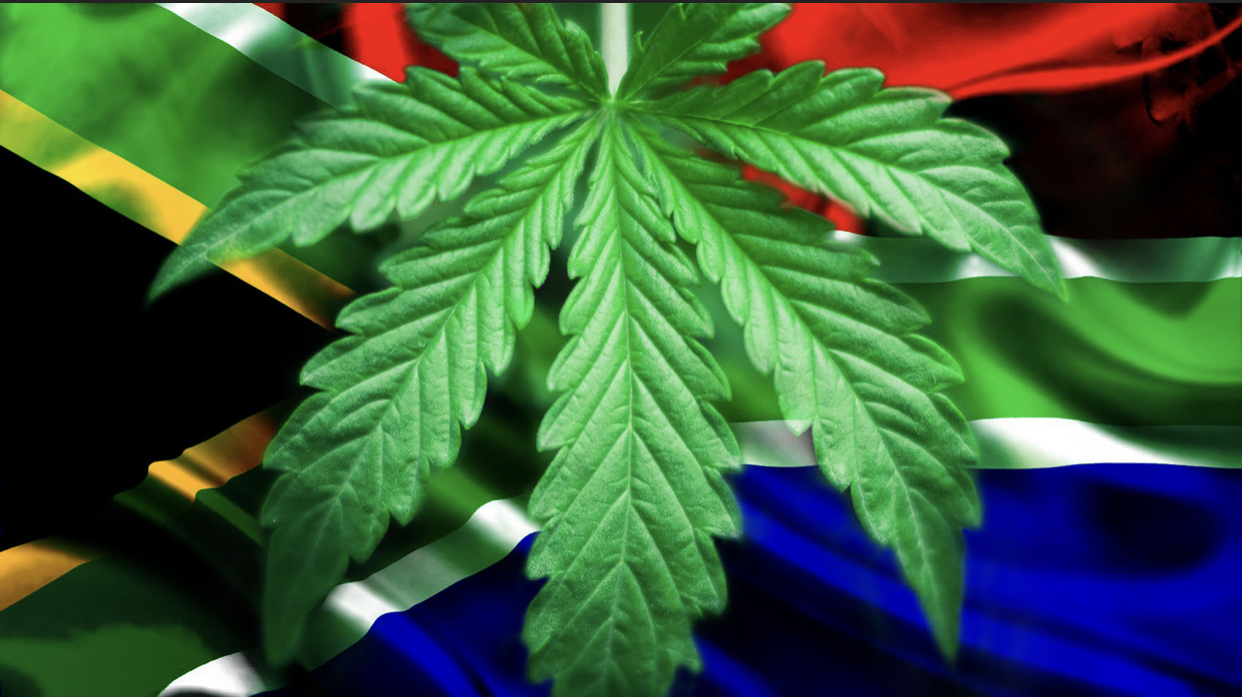 
CANNABIS CULTURE – Here´s what they look like.South Africa´s newest members-only cannabis clubs have finally arrived, and are priced reasonably.  However, ´members-only-clubs´ is a sensitive word in South Africa due to the history of ´whites-only-clubs´. 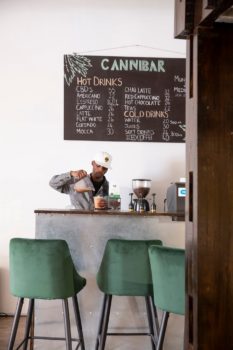 “A cannabis ´members-only-club´ is a smart, serene, thoughtful recreational place where revelers enjoy both cool working spaces and a chance to intellectually savor the joys of life that cannabis offer. Don´t confuse them with smoke-filled dungeons,” says Pierre Sarembock who runs Cannibisters, the newest members-only club in affluent Cape Town, South Africa.

Inside Cannibisters, patrons have access to lofty amenities like access to over 60 cannabis products, coffee, cannabis-infused tea, a quiet remote working/networking space, and a Chinese medicine consultant.

Cannibisters rooms are flooded with soft ambient light; loud music, wild dances are restricted, and its immaculate windows face Sea Point, which is one of the most picturesque square locations of Cape Town, South Africa´s most popular holiday city. Members connect to Wi-fi whilst a barista carefully pours cuppas of dark-black coffee. Lotions, rubbing oils and other cosmetics are on display too as an enhancement to the atmosphere.

“In Cannibisters we don’t allow cigarettes and alcohol. The idea is to encourage responsible use of cannabis and allow patrons to reflect mentally, deeply on the innovative benefits of cannabis, whilst having a cool, happy time,” Sarembock, says.

“The outdated vision of a cannabis club is a dungeon where smoke swirls nostrils, loud music rattle windows, and patrons are intoxicated. That´s not our idea at Cannibisters,” he says. 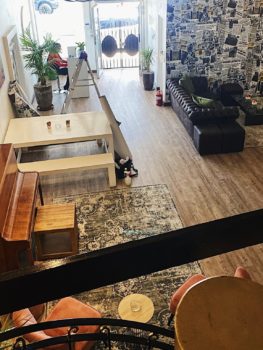 Sarembock who says he first got an insight into the cannabis business 40 years ago in  New York when he left South Africa, cites the free-wheeling city of Amsterdam in the Netherlands as a backdrop to his ambitions to set up Cannibisters, a counter-tradition cannabis members club.

“The Bulldog, one of the earliest cannabis clubs in the Netherlands opened my eyes. You would walk down, past burglar bars with cannabis products written on a chalkboard. I thought it was a put-off, buying weed in a club that sells alcohol too,” Sarembock says.

Shared but not sold

It is his trip to the Bulldog and other like-minded cannabis clubs that planted in him a counter vision of what a professional cannabis members-only club should look like.

At Cannibisters, patrons pay 100 ZAR ($6) a month for membership. This offers enables them to be members and right of entry into the club. Inside, cannabis products are not “sold” but “shared” or “exchanged.”

“This is an interesting aspect of South Africa´s cannabis laws,” says Sarembock. “Our cannabis laws say you may enter a membership club but cannabis products must not be sold. So basically membership fee allows you to share and enjoy other networking privileges of the club. It´s not a sale.”

Sarembock cultivated long patience to finally get a chance to run Cannibisters, one of South Africa´s most prominent cannabis members-only clubs.

“It was a wait of many years,” he says of his patience till South Africa legalized the cultivation and trade of cannabis in 2018.

“As soon as South Africa´s highest court okayed cannabis, I bought a tent, and started planting my own on a small scale.”

On a personal side, he had to get the blessings of his Jewish community in Sea Point, Cape Town to run Cannibisters. “It´s important, I am Jewish. My synagogue needed to give their blessings for the business. I rent from a synagogue and we have edibles that are kosher and halal.”

“When I heard Cannibisters and their description of the members-only club, my mind raced back to the dark days of Apartheid colonialism in South Africa and white members-only gold, whiskey, Polo, wine clubs,” says Kudakwashe Magezi, a poet in Johannesburg, South Africa.

“But I was glad to read of Cannibisters 100 ZAR membership fee. That´s quite an affordable entry-level package for South African cannabis lovers of all races.”

Cannabis members-only clubs are important for the diversity of society and incomes in South Africa, says Carter Mavhiza, an auctioneer who hopes to see uniform domestic cannabis laws across all countries of the southern Africa bloc.

“First, the good thing about members-only clubs, located onshore in South Africa means the finer elements of cannabis like CBD oil get consumed by local consumers in South Africa,” he says.

“South Africa is a cannabis country that heavily exports the fine products of cannabis for medicinal and wellness use overseas, whilst leaving the domestic market dry,” says Mavhiza citing the deals of cannabis startups in South Africa that are mainly gearing their focus on getting the products shipped overseas.

“On the diversity front, I´d be happy to see legal cannabis members-only clubs in townships, in places like Soweto Township, where the majority of Black South Africans live. It´ll be an interesting scene if that happens to know that informal peer-to-peer cannabis exchanges already exist among residents.”

For now, Sarembock believes that the entry of cannabis members-only clubs like Cannibisters onto the scene can only grow the niche well-ness sector of cannabis in South Africa.

“This is an underserved area, cannabis wellness and health entrepreneurship in South Africa. Coupled with the global phenomenon of remote-working who will be suppressed to see cannabis members-only fitness gyms in South Africa soon someday?” asks Mavhiza, the cannabis auctioneer.