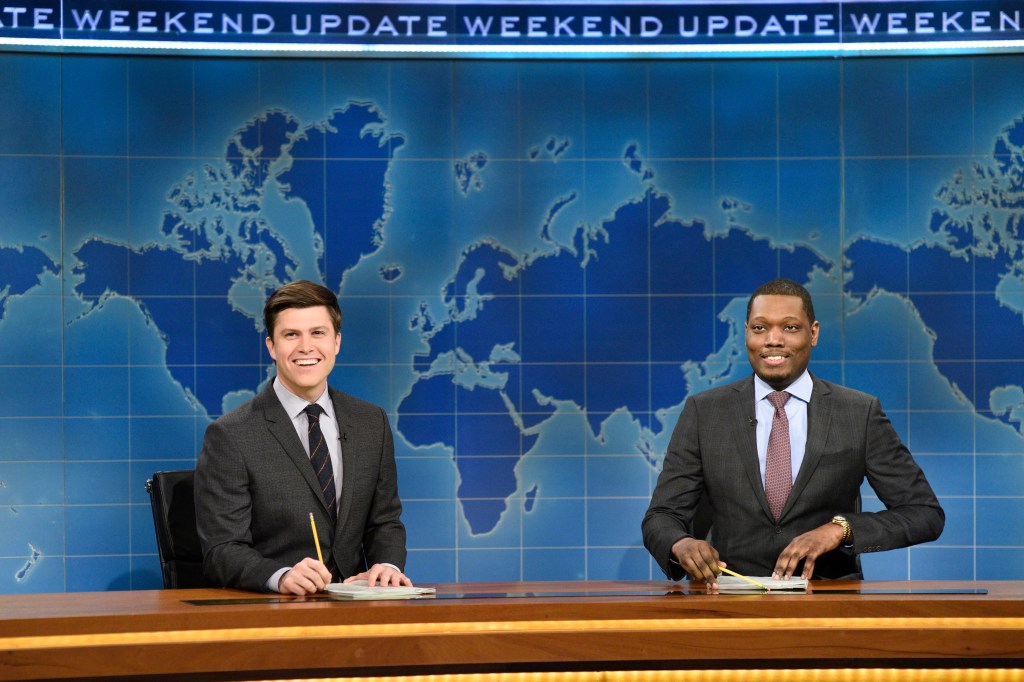 
“A jury declared Jussie Smollett really bad at acting,” opened Weekend Update co-anchor Colin Jost tonight, making light of the recent headlines over the guilty verdict for the Empire actor earlier this week from his 2019 assault.

“Smollett was found guilty of charges of staging a hate crime; it was the worst staged hate crime since my all-Christian production of Fiddler on the Roof,” Jost joked.

The SNL co-head writer then quickly pivoted to some old fodder for the multi-Emmy winning NBC late night sketch show: Our former POTUS.

“And in legal news where someone won’t definitely get convicted, Donald Trump is being investigated for fraud by New York Attorney General who wants to dispose Trump on Jan. 7,” set up Jost.

“C’mon, Jan. 7? That’s the day after his big anniversary!” punched the comedian referring to the Jan. 6 public protest on the U.S. Capitol.

Jost then riffed off news which Deadline’s Peter White broke earlier this week about Kansas City, a new drama series Paramount+ has with Taylor Sheridan and Terence Winter behind the lens.

“It was reported that Sylvester Stallone will star in a new TV series playing an Italian mob boss from Kansas City, in what is an absolute nightmare scenario for the closed captioning guy,” quipped Jost.

During tonight’s Weekend Update, SNL featured player Punkie Johnson dished on her family during the holiday season, while Andrew Dismukes did an animal segment in which he received some disturbing news from Octopus that he’s going to die in seven days; a prophesy backed up by an intelligent, button-pressing dog named Taco.