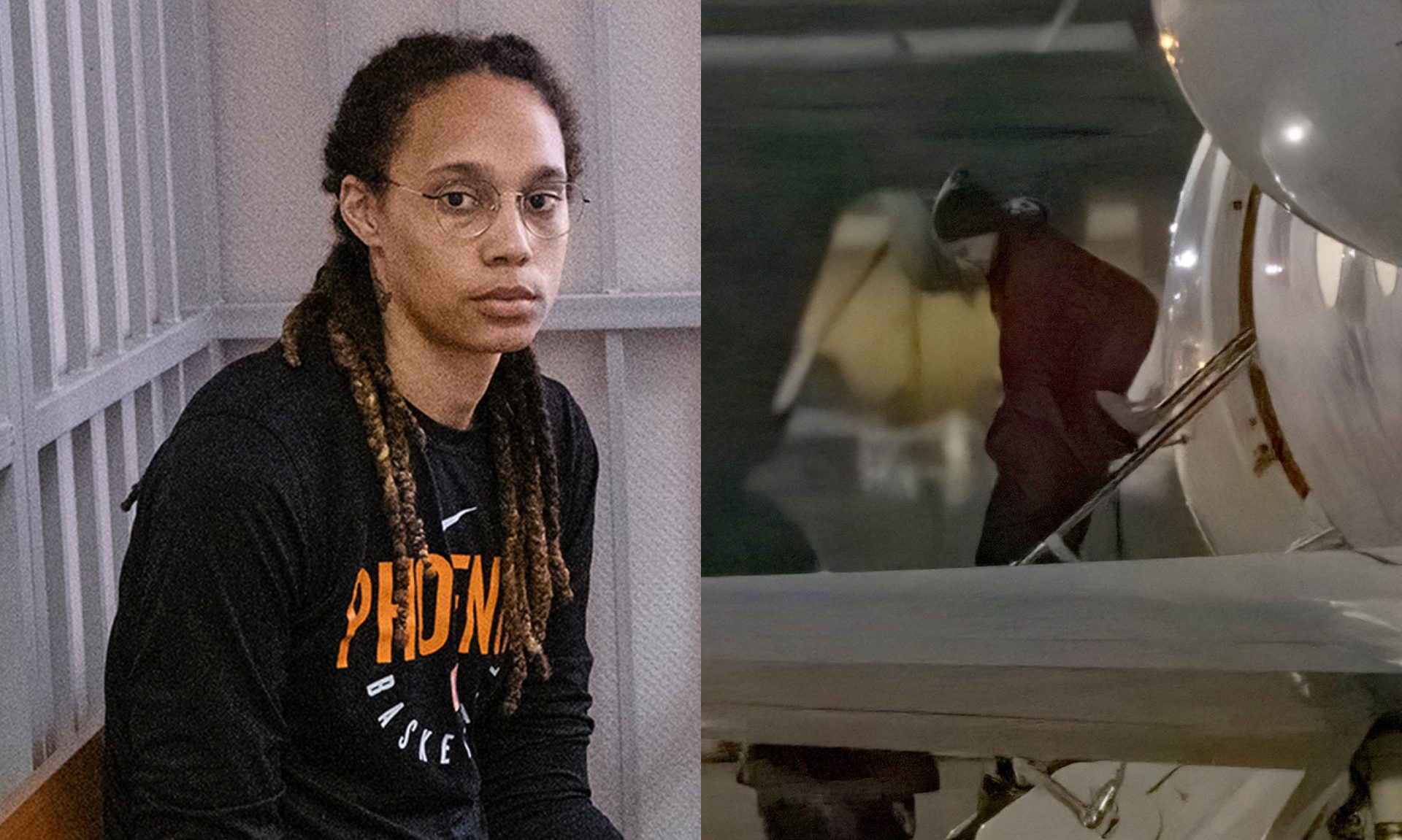 
Brittney Griner has landed safely in the United States. After nine months of what the Biden administration says was wrongful imprisonment, Griner is home just in time for the December holidays.

And there are plenty of conversations surrounding the athlete’s return. They include Griner’s shaved locs, Paul Whelan’s reaction to the administration’s decision to leave him, the prisoner swap for Viktor Bout, and strong opposition from politicians like Donald Trump.

Keep scrolling to catch up on each topic related to BG’s return home:

Footage from the aircraft shows BG donning a slight smile, saying her mood is “happy.” The WNBA basketball player first touched U.S. ground at the JBSA-Kelly Field Annex in San Antonio, Texas, per Getty Images, at about 5:40 a.m. ET.

The New York Times reports that officials transported Griner to the Brooke Army Medical Center for an evaluation and any necessary medical treatment.

“…The fact remains that she’s lost months of her life and experienced needless trauma,” Biden said. “She deserves space, privacy and time with her loved ones to recover and heal from her time being wrongfully detained.”

Tune in as I deliver an important announcement. https://t.co/2BVdSsmIFA

After weeks of negotiations, the Biden administration agreed to trade convicted arms-dealer Bout for Griner. Viktor Bout has been accused of supplying weapons to criminal organizations like rebels in Rwanda, Al Qaeda, and the Taliban.

In 2011, a New York jury convicted him of four counts, including conspiring to kill American citizens. Because of the prisoner swap, Bout served less than half of his 25-year sentence. American intelligence officers nicknamed Bout the ‘Merchant of Death’ amid years of law enforcement evasion, per The New York Times.

Griner returned home with a different look than when she arrived at Moscow’s airport in February. The champion athlete now has a shaved look rather than locs draping past her shoulders–which she still had in August during her conviction and nine-year sentencing. Russian officials arrested BG after discovering two vape cartridges containing hashish oil in the athlete’s luggage as she entered the county.

Her lawyer told ESPN that the freezing temperatures in Russia forced Griner to buzz her signature look two Sundays before her release. BG made the decision, likely in preparation to sit through her nine-year sentence.

“It’s very cold in there, and every time she washed her hair she got cold and would get a chill,” one of Griner’s lawyers in the Russian trial, Maria Blagovolina, said. “She should have waited until New Year’s Day.”

Blagovolina said Griner didn’t have any complaints about the IK-2 prison. BG was reportedly too tall to work at sewing tables, so she was tasked with carrying fabric.

During President Biden’s BG update, he also spoke on the decision to leave Paul Whelan behind–faulting Russia for unwillingness to compromise. Whelan was arrested in Moscow in December 2018 on suspicions of spying on the foreign government. He was convicted and sentenced to 16 years in prison in 2020.

“We never forgot about Brittney. We’ve not forgotten about Paul Whelan, who’s been unjustly detained in Russia for years. This was not a choice of which American to bring home,” Biden said. “We brought home, Trevor Reed, when we had a chance earlier this year. Sadly, for totally illegitimate reasons, Russia is treating Paul’s case differently than Brittney’s. And while we have not yet succeeded in securing Paul’s release, we are not giving up, we will never give up.”

Shortly after the announcement, CNN exclusively interviewed Whelan. He was reportedly happy for Griner’s release but disappointed in his own situation.

“I am greatly disappointed that more has not been done to secure my release, especially as the four-year anniversary of my arrest is coming up,” Whelan said.

Whelan said he was under the impression that negotiations for his release were improving but was aware that Russia has been treating his case differently. Nonetheless, he’s ready to come home.

“My bags are packed. I’m ready to go home,” Whelan said. “I just need an airplane to come and get me.”

One thing about Trump, he speaks what he thinks, regardless of who he offends. Brittney Griner is no exception. On Thursday, following news of the swap, Trump took to his platform Truth Social with a rant about the prisoner swap. He ultimately called the decision “a stupid and unpatriotic embarrassment for the USA.”