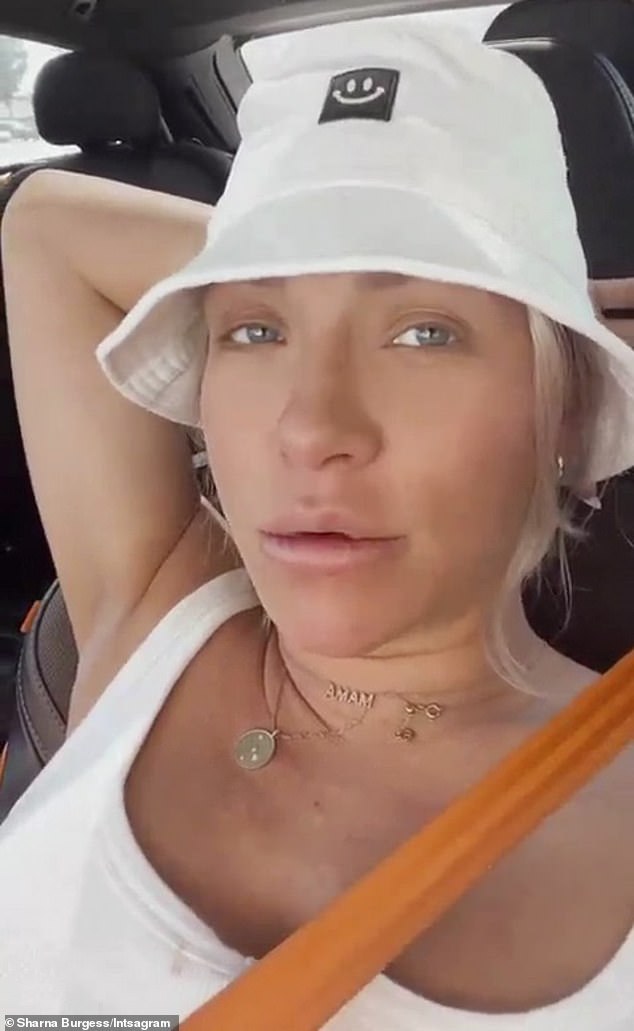 Sharna Burgess has shot down speculation suggesting she’s not living with Brian Austin Green in a new video.

The 36-year-old dancer took to Instagram on Sunday to explain that she is buying a house because her mom is relocating to be nearer to the couple, and not because she no longer lives with her partner.

Going strong: Sharna Burgess, 36, clarified in an Instagram video on Sunday that she still lives with her beau — and father of her child — Brian Austin Green, despite the fact that she’s looking to buy a new house

‘I’ve been looking at properties again today. Brian’s been coming with me, which is amazing,’ she explained while sitting in the driver’s seat.

‘I had a bunch of people wildly asking me why Brian and I aren’t living together and why I’m buying a new house.

‘So insane. I sold my house because I made amazing money on it, because the market is so incredible.’

She added: ‘I’m buying a house because my mom is moving over here and I’m buying somewhere for her to live and also invest. 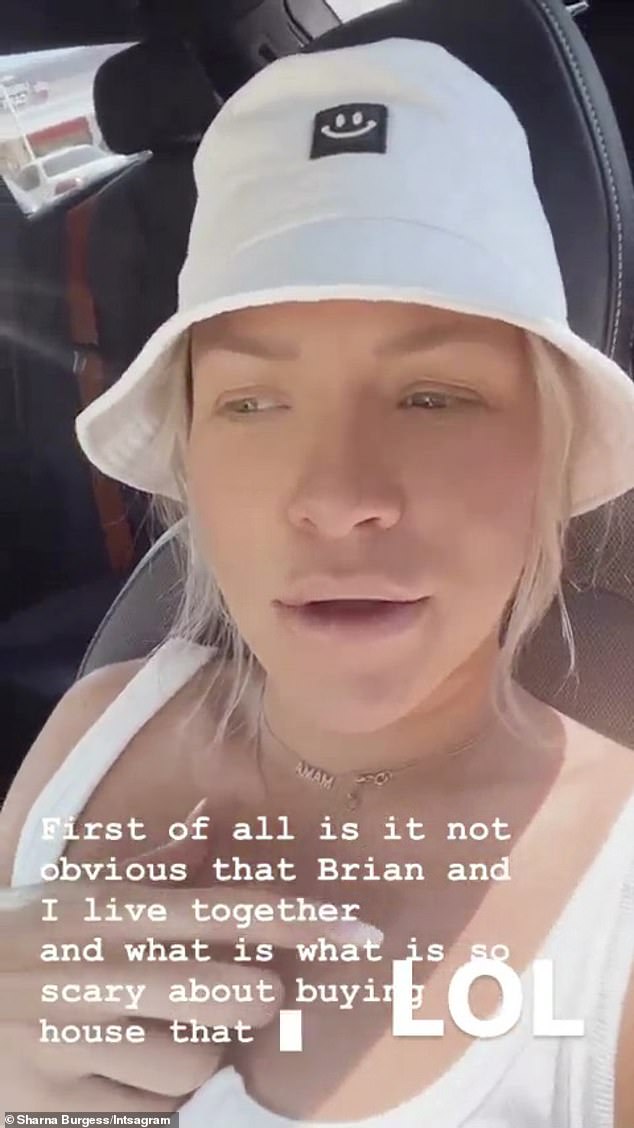 Family: She said she sold her house because the market was hot, and she’s finding a new house so that her mother can move closer to her and Brian 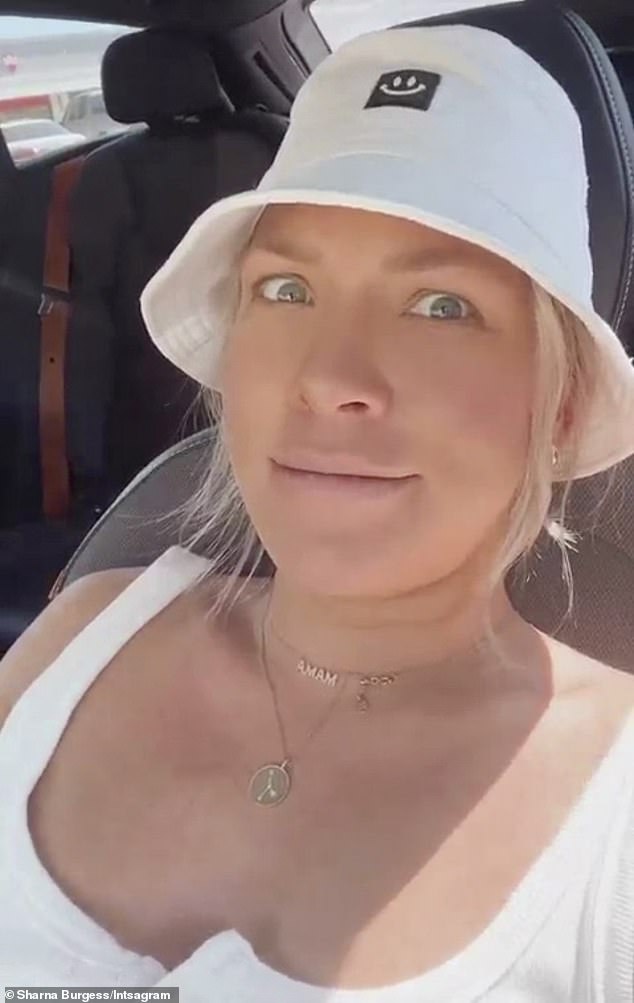 No big deal: ‘First of all is it not obvious that Brian and I live together and what is so scary about buying a house you don’t live in?’ she added

‘First of all is it not obvious that Brian and I live together and what is so scary about buying a house you don’t live in?’

Sharna also shared that pregnancy was making her ‘tired all the time,’ and she noted that she was only ‘five weeks out’ from her due date.

The dancer joked that she expected the baby to come early, as he was trying to ‘kick his way out.’

The pair announced their baby news in February, and Sharna recently insisted to Us Weekly that the pregnancy was not planned and she was worried about breaking the news to Brian, while he was watching a basketball game at home. 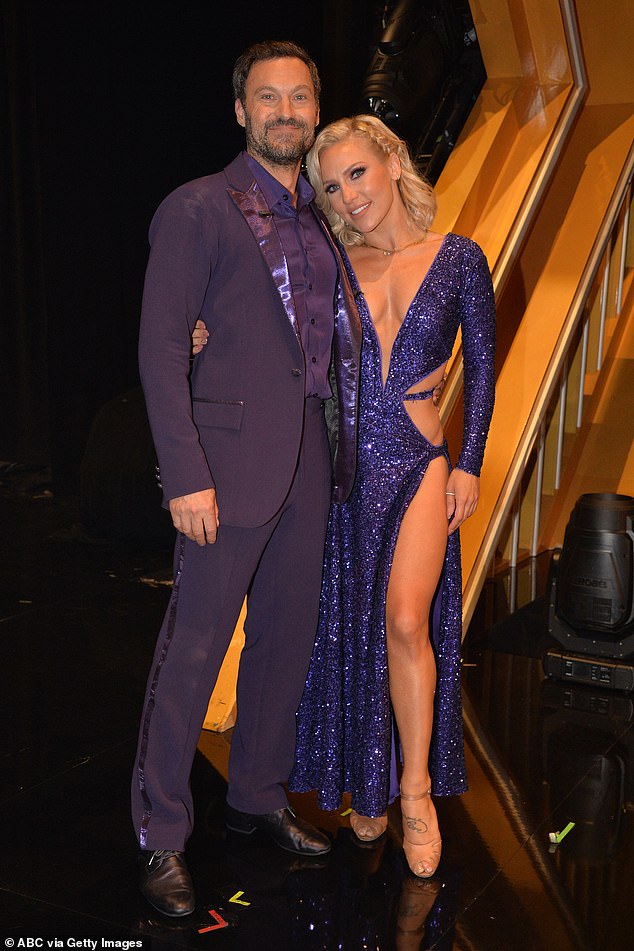 Perfect timing: Sharna revealed to Us Weekly that she revealed her pregnancy to Brian after he was in a good mood following a Lakers victory; seen in 2021

She said: ‘I was like, “What am I gonna do?” I can’t tell him now. This is terrible news while the Lakers are losing. So I waited for 40 minutes. And he came in like, “Big day. The Lakers came back and they won.” And I was like, “It’s about to get bigger. You’re probably gonna need to sit down for this.”‘

However, Brian was thrilled with the news, with Sharna explaining: ‘Even though we feel like we’ve spent lifetimes with each other, it’s still a quicker timeline than we were thinking. We were probably a year ahead of what we were talking about, but he was so excited knowing how much I’ve wanted this.’

And Sharna was nervous about breaking the news of her pregnancy to the kids.

She said: ‘Those beautiful kids have been through so much change, and I’m always very sensitive with them. Though they love me deeply, who knows how they’re going to feel about another kid?’ 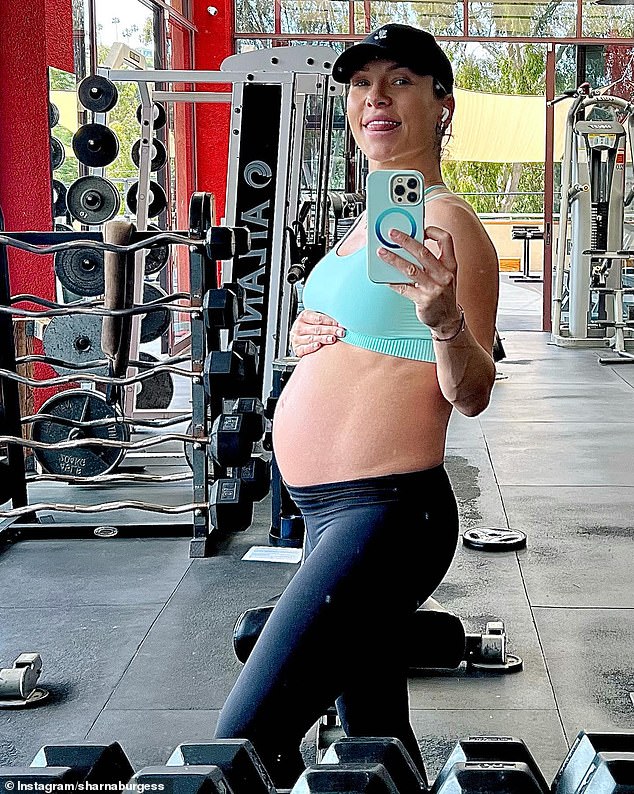 Any day now: Sharna also shared that pregnancy was making her ‘tired all the time,’ and she noted that she was only ‘five weeks out’ from her due date