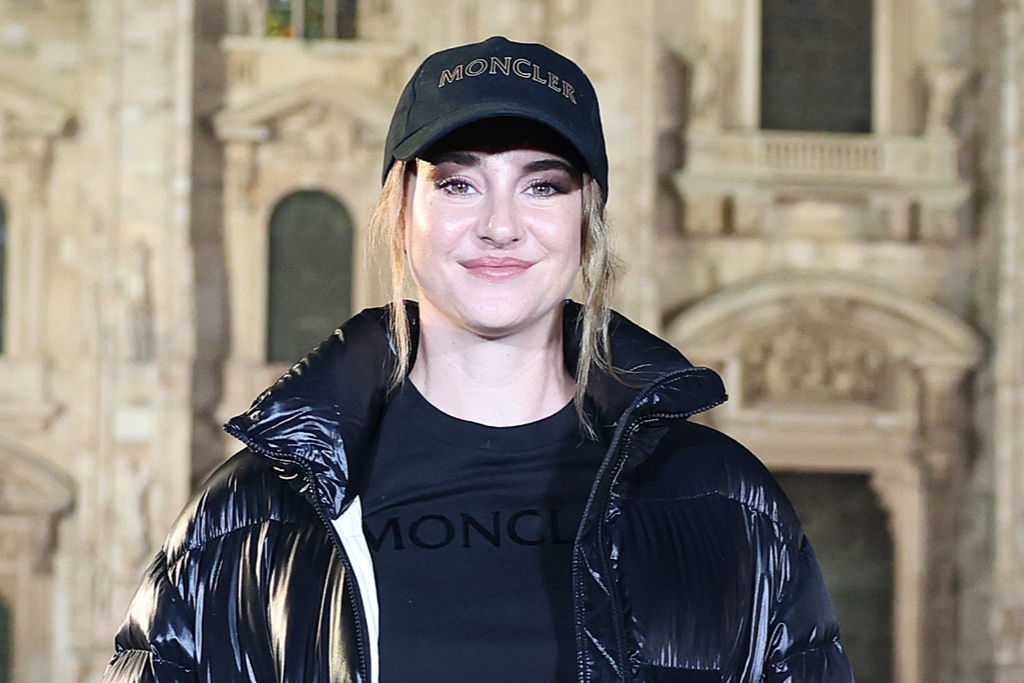 Arriving at the brand’s Spring 2023 presentation on Saturday — which included ballet and synchronized group performances with thousands of dancers dressed in monochrome white Moncler outerwear — the “Divergent” star briefly posed in all-black attire. Her ensemble featured a pair of zip-up trousers and a “Moncler”-branded sweatshirt. Completing Woodley’s outfit with a sporty finish was a glossy black puffer jacket, as well as a black Moncler-branded baseball cap.

When it came to shoes, the “Fault in Our Stars” actress‘ ensemble was finished with matching leather boots. her utilitarian style included black laced uppers with rounded toes. Completing the set were layered rubber soles, giving the pair added traction and stability — plus a subtle height boost in the process. Similar utilitarian footwear was featured on other attendees during the occasion, including Normani, Future and Yamato.

For footwear, Woodley often opts for pointed-toe pumps and stiletto-heeled sandals on the red carpet that coordinate with her ensembles hailing from top brands including Christian Louboutin, Jimmy Choo, Stuart Weitzman and Le Silla. When off-duty, her footwear features a decidedly more casual appearance, consisting of Nike sneakers and lace-up combat boots. Fashion-wise, the star has been spotted at numerous runway shows for brands including Carolina Herrera, Dior and Louis Vuitton, as well as attending the Met Gala with Ralph Lauren, Rodarte and Christopher Kane over the years.

PHOTOS: Discover Woodley’s style evolution over the years in the gallery.