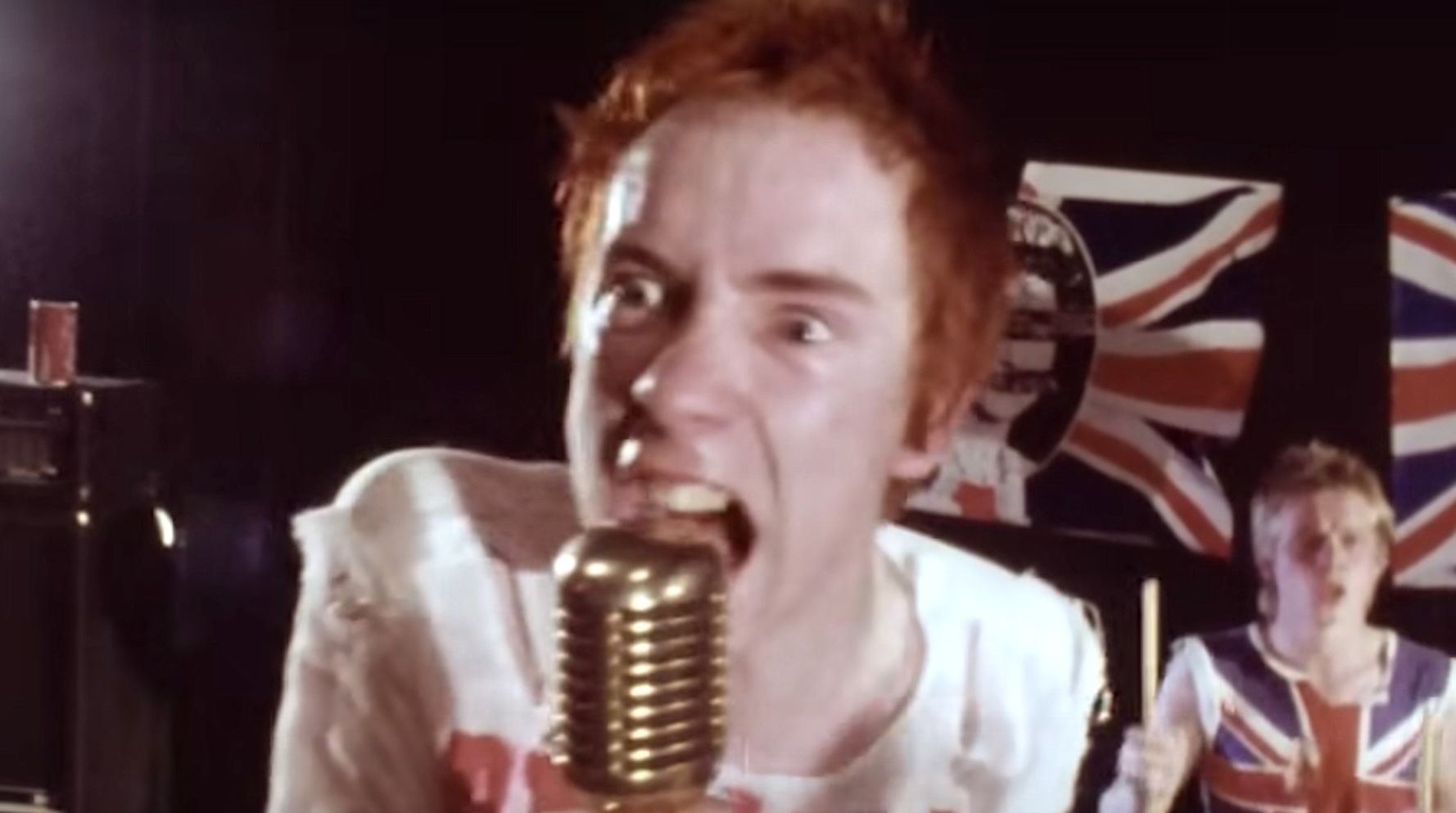 As the United Kingdom gears up for Queen Elizabeth’s Platinum Jubilee celebrations marking 70 years on the throne, the Sex Pistols have elbowed their way back to into the conversation.

The band’s official YouTube channel just dropped a new video for its once-banned anti-anthem, “God Save The Queen.”

The video combines Julian Temple’s footage from a May 1977 performance at the Marquee with clips of the band’s infamous cruise up the Thames during that year’s silver jubilee celebration of the monarch:

The rerelease comes ahead of filmmaker Danny Boyle’s series about the band,
“Pistol,” which hits Hulu on Tuesday.

In true Pistols fashion, the series has divided the band’s surviving members. Frontman John Lydon ― aka Johnny Rotten ― dismissed it as “disrespectful” and was involved in a legal battle with his ex-bandmates as he attempted to block the use of Sex Pistols music in the series.

“God Save The Queen” was promptly banned by the BBC and commercial radio during its initial release in 1977, and numerous stores refused to carry the record. It still managed to reach number two on the singles charts and number one on NME’s chart.

Despite the song’s lyrics such as “God save the queen/she ain’t no human being” and the “no future” refrain, Lydon has since insisted the song isn’t against the queen as a person, only the monarchy as an institution.

“It’s anti-royalist, but it’s not anti-human,” he told Piers Morgan earlier this month. “I’ve got to tell the world this: Everyone presumes that I’m against the royal family as human beings, I’m not.”

He even offered up some congrats to the Queen.

“I’m actually really, really proud of the Queen for surviving and doing so well,” he said. “I applaud her for that and that’s a fantastic achievement. I’m not a curmudgeon about that.”

But he also predicted no future for the royals once the 96-year-old queen dies.

“I think it’s possibly the end of the monarchy because Prince Charles is not going to be able to handle it,” he said. “This is the man who plays Pink Floyd to his cabbages.”

Lydon, for the record, doesn’t hate Pink Floyd, either.