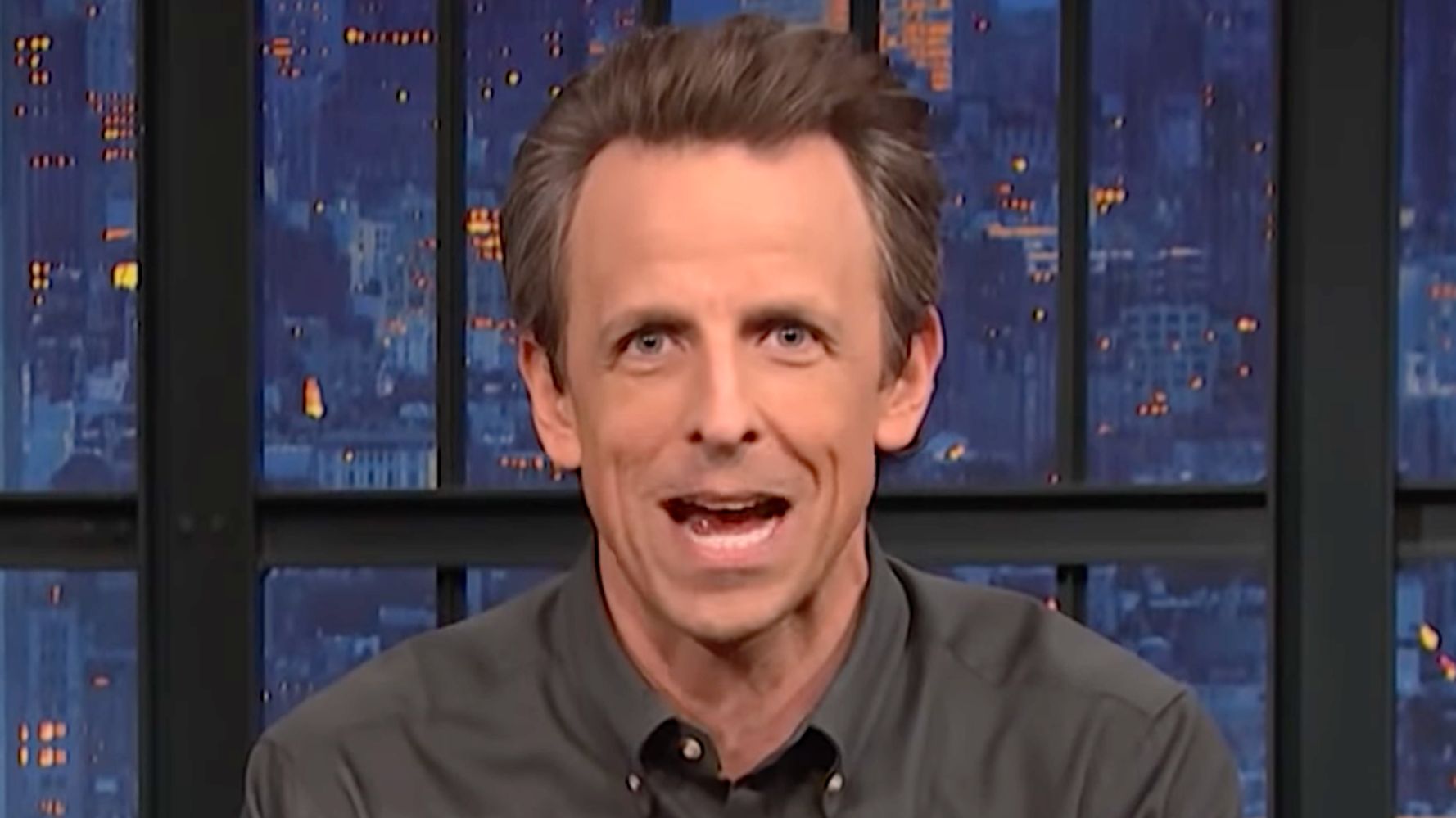 
On Thursday’s “Late Night,” the host devoted an entire segment to showing how Republicans’ claims are “unmoored from reality.” (Watch the video below.)

After a clip of House Republican leader Kevin McCarthy (R-Calif.) criticizing Biden for not acting earlier on Ukraine’s defense, a frustrated Meyers snapped: “You’re saying Biden is the one who should have been giving aid to Ukraine sooner? The guy you supported tried to extort Ukraine like a mob boss counting singles in the back room of a strip club.”

Meyers was, of course, referring to then-President Trump attempting to strong-arm Ukrainian President Volodymyr Zelenskyy into providing dirt on Biden’s family in exchange for critical U.S. military aid ― a dialogue that led to Trump’s first impeachment.

“They all want us to think Trump would have magically fixed this by being tough on Putin, when we all know the opposite was true,” Meyers said. “Trump slobbered praise all over Putin any chance he had and was desperate to be Putin’s friend. And yet Trump apologists continue to crap this insane mythology where somehow Trump would have stopped Putin from invading Ukraine.”

Don’t get Meyers started on one GOP governor’s “bull elephant” analogy for Trump.