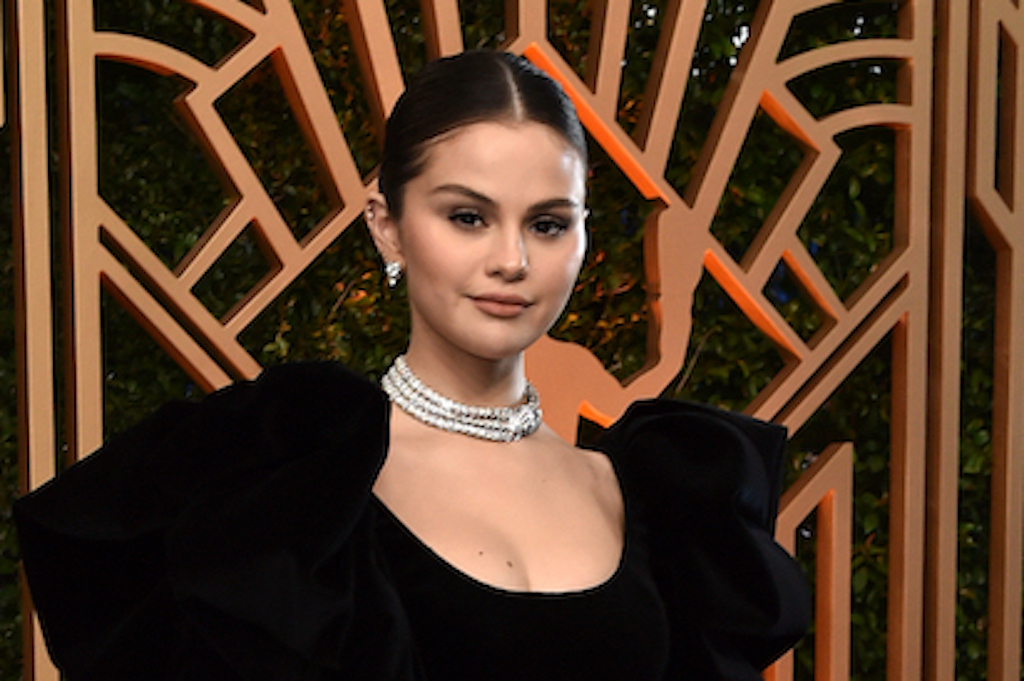 
No shoes, no problem. Selena Gomez kicked off her stiletto heels while presenting onstage at the 2022 SAG Awards on Sunday night. The “Only Murders in the Building” actress, who is nominated for Outstanding Performance by an Ensemble in a Comedy Series for her role of Mabel Mora, hit the stage barefoot.

selena going barefoot infront of some of the biggest celebrities is actually the most selena gomez thing she could do #SAGAwards pic.twitter.com/eHViQfYFaa

When it came to her overall ensemble, Gomez opted for an elegant black dress from Oscar de la Renta that featured a plunging neckline. The garment also had puffy sleeves for an elevated touch, and her gown also had a tiny cutout in the middle. The piece had sleeves for a refined touch, and the hemline came past her shoes for a super sleek moment.

For the accessories, Gomez chose a chunky diamond choker and simple earrings that tied perfectly with her sophisticated theme.

Although her shoes got covered by her billowing dress, Gomez  wore pointed-toe pumps that rounded out her outfit perfectly.

The 28th annual Screen Actors Guild Awards takes place on The Barker Hangar in Santa Monica on Sunday, Feb. 27 at 8 p.m. ET and is airing live on TNT and TBS. For the first time in the show’s history, it will also be put onto HBO Max the following day for anyone who missed the action or simply wants to relive it.