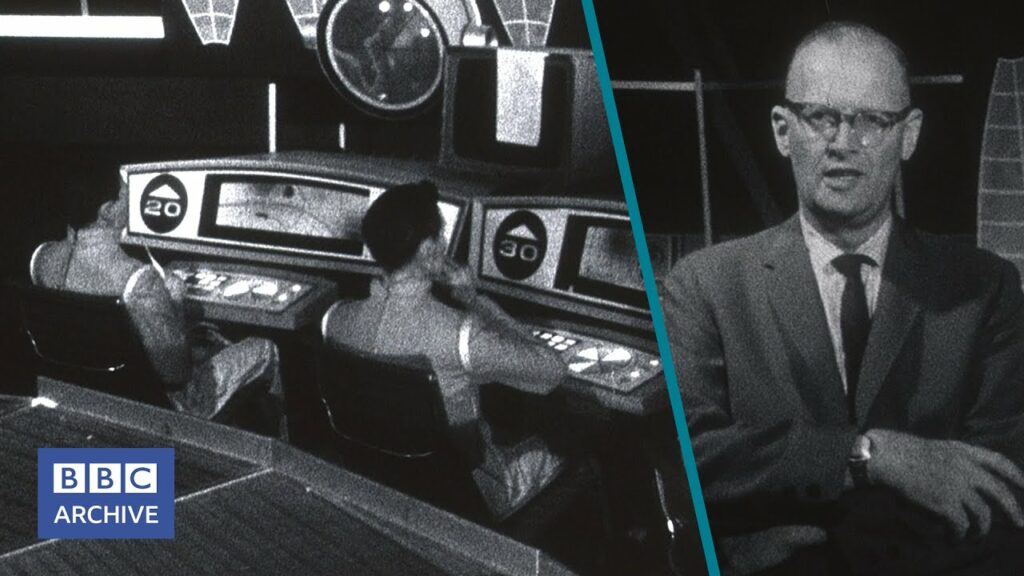 
Are you feeling confident about the future? No? We understand. Would you like to know what it was like to feel a deep certainty that the decades to come were going to be filled with wonder and the fantastic? Well then, gaze upon this clip from the BBC Archive YouTube channel of sci-fi author Arthur C. Clarke predicting the future in 1964.

Although we best know him for writing 2001: A Space Odyssey, the 1964 television viewing public would have known him for his futurism and his talent for calmly explaining all the great things to come. In the late 1940s, he had already predicted telecommunication satellites. In 1962 he published his collected essays, Profiles of the Future, which contains many of the ideas in this clip.

Here he correctly predicts the ease with which we can be contacted wherever in the world we choose to, where we can contact our friends “anywhere on earth even if we don’t know their location.” What Clarke doesn’t predict here is how “location” isn’t a thing when we’re on the internet. He imagines people working just as well from Tahiti or Bali as they do from London. Clarke sees this advancement as the downfall of the modern city, as we do not need to commute into the city to work. Now, as so many of us are doing our jobs from home post-COVID, we’ve also discovered the dystopia in that fantasy. (It certainly hasn’t dropped the cost of rent.)

Next, he predicts advances in biotechnology that would allow us to, say, train monkeys to work as servants and workers. (Until, he jokes, they form a union and “we’d be back right where we started.) Perhaps, he says, humans have stopped evolving—what comes next is artificial intelligence (although that phrase had yet to be used) and machine evolution, where we’d be honored to be the “stepping stone” towards that destiny. Make of that what you will. I know you might think it would be cool to have a monkey butler, but c’mon, think of the ethics, not to mention the cost of bananas.

Pointing out where Clarke gets it wrong is too easy—-nobody gets it right all of the time. However, it is fascinating that some things that have never come to pass—-being able to learn a language overnight, or erasing your memories—have managed to resurface over the years as fiction films, like Eternal Sunshine of the Spotless Mind. His ideas of cryogenic suspension are staples of numerous hard sci-fi films.

And we are still waiting for the “Replicator” machine, which would make exact duplicates of objects (and by so doing cause a collapse into “gluttonous barbarism” because we’d want unlimited amounts of everything.) Some commenters call this a precursor to 3-D printing. I’d say otherwise, but something very close to it might be around the corner. Who knows? Clarke himself agrees about all this conjecture-—it’s doomed to fail.

“That is why the future is so endlessly fascinating. Try as we can, we’ll never outguess it.”

Isaac Asimov Predicts the Future on The David Letterman Show (1980)