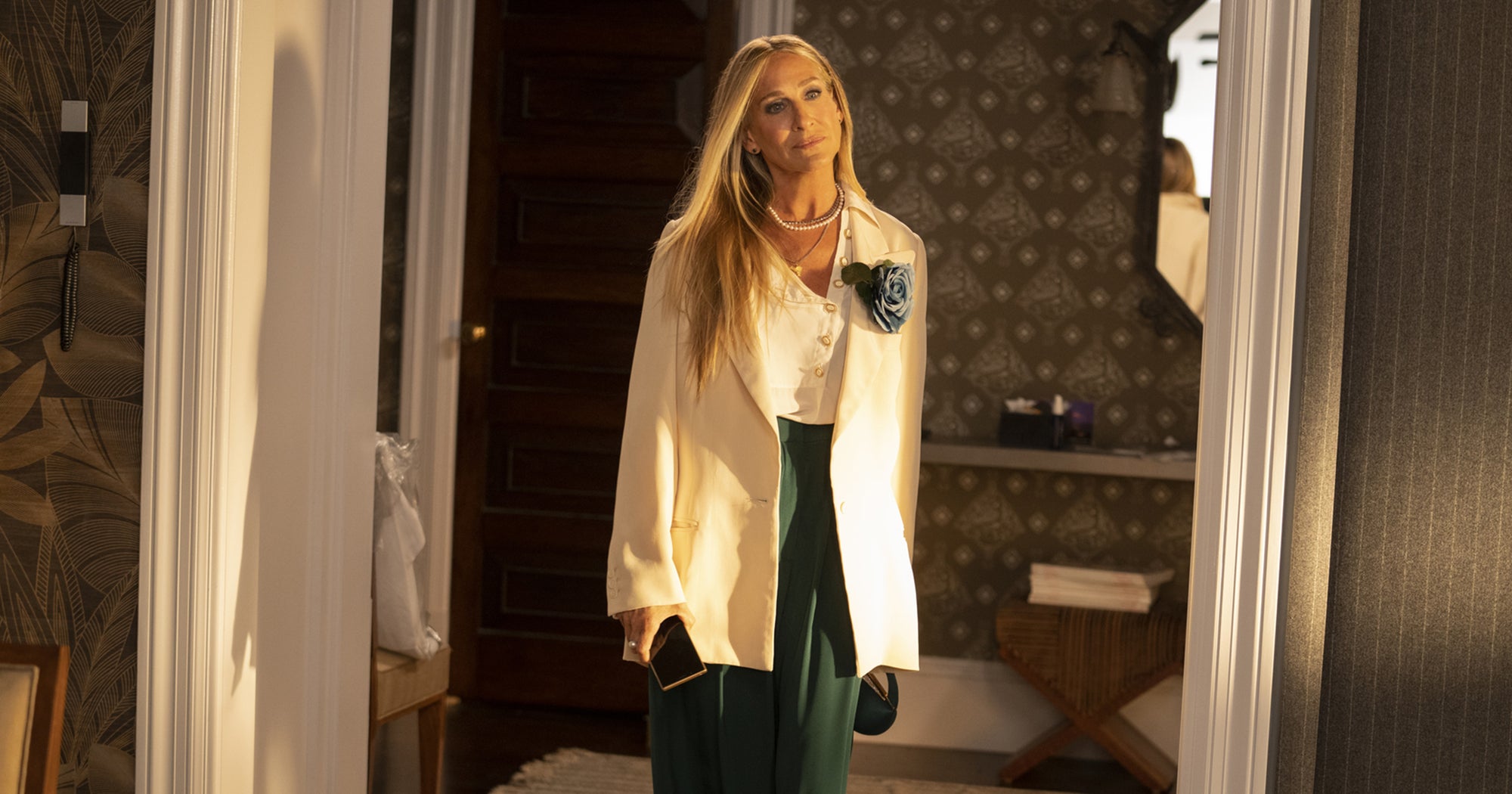 Back in the day, when Rogers assisted Field on SATC, she says the two used to roam New York City’s club scene to find designers and inspiration for the costumes. “You would see some fierce outfit on a kid in a nightclub and you would be like, ‘Who are you?’ she says. “Those days are long gone.” This time around, Rogers and Santiago turned to Instagram to find new, emerging designers to feature. A memorable one for Rogers is Rodney Patterson — a milliner in Bushwick, Brooklyn — who she used to commission a straw hat that Carrie wears at one point in the series. “You could literally send Rodney someone’s head size and you can have a hat back the day later in whatever color you want it,” she says.