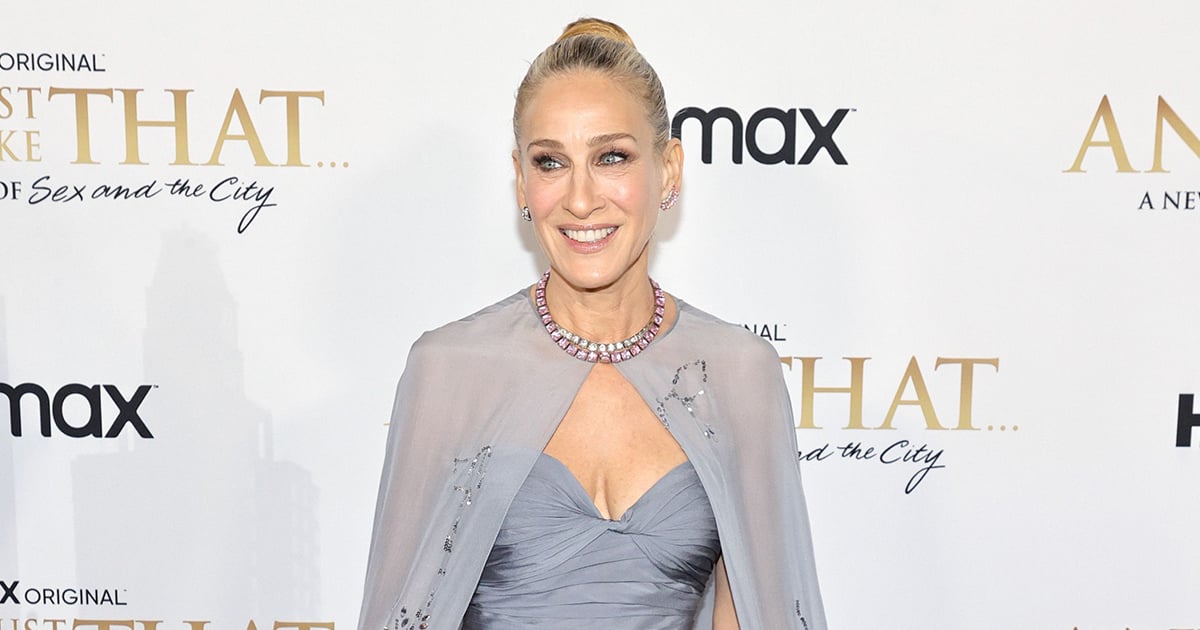 
As expected, there was a lot of tulle involved at Wednesday night’s And Just Like That… premiere. Sarah Jessica Parker worked with Oscar de la Renta — who happened to be one of Carrie Bradshaw’s favorite designers — to create her custom evening dress, complete with a full deconstructed skirt. It was an ode to the iconic ballerina moment from the original Sex and the City, where Carrie wore a fluffy tutu in the opening credits.

On the other hand, the gray hue, detailed embroidery, and dramatic cape feel more indicative of Carrie’s matured style in the reboot, according to some behind-the-scenes snaps from set. Styled by Molly Rogers, who’s also one of the series’s costume designers, the actress finished the look with jewelry from Fred Leighton and Larkspur and Hawk, an Erdem purse, as well as pink satin stilettos from SJP Collection, surprisingly not Manolo Blahnik.

SJP had a bit of a fashion mishap as she walked arm-in-arm with husband Matthew Broderick and son James Wilkie Broderick, when her embellished satin purse broke. But like the professional she is, the actress continued to pose glam as ever for photographers. Ahead, get a 360 view of her stunning Oscar de la Renta number.