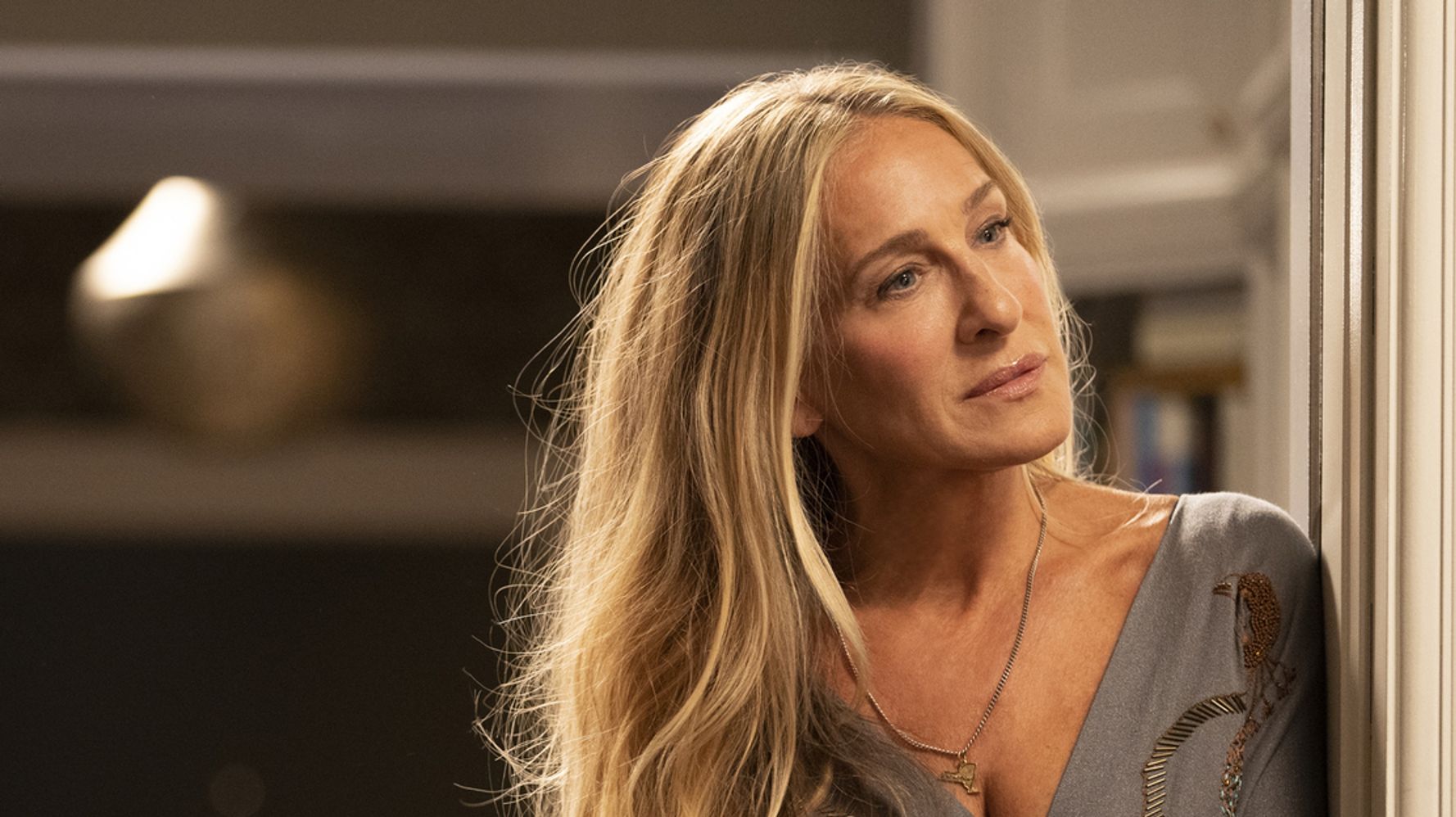 Carrie Bradshaw may be many things ― journalist, fashionista, bespoke cocktail connoisseur ― but she isn’t a neglectful partner.

On Monday’s episode of “Watch What Happens Live,” Sarah Jessica Parker spoke at length about her iconic character’s journey on “And Just Like That…,” HBO Max’s polarizing “Sex and the City” revival series. As part of the chat, she addressed much of the discourse around the new show’s premiere episode, “Hello It’s Me,” in which Carrie’s husband, Mr. Big (played by Chris Noth), dies of a heart attack.

Not surprisingly, that plot twist divided longtime “Sex and the City” fans. Many people argued that Carrie should’ve immediately called 911 instead of embracing her ailing beau on the floor of their shower.

Parker, however, begged to differ, noting that the scene was “suspended animation” and therefore a cinematic interpretation of the events.

“It’s this moment where everything stops,” she told host Andy Cohen. “And then whatever collapsing of time that happens does not stop her from taking care of somebody in a fashion that you would want and expect from your partner or husband or wife.”

“In my head, she struggled through this moment and tried to get him to be responsive,” the actor added. “Then she came to her senses ― I’m going to say after about two to three seconds ― and then, of course, she called 911 and got all the help she needed from professionals.”

Elsewhere in her chat with Cohen, Parker addressed other points of contention regarding “And Just Like That…,” namely the absence of one of Carrie’s exes, Aidan Shaw (John Corbett).

Shortly after HBO Max announced plans for “And Just Like That…” in early 2021, Corbett himself claimed he’d signed on to reprise the role of Aidan “in quite a few” episodes of the revival series.

Aidan, however, didn’t appear in any of the show’s 10 episodes. And earlier this month, screenwriter Julie Rottenberg said the character’s return was “never in the plan,” telling Deadline, “John Corbett should be writing personal apology notes.”

On Monday, Parker said Corbett had, in fact, done exactly that.

“He actually reached out very kindly, because he’s nothing if not a gentleman, and apologized for doing that as a joke,” she said.

Fans, however, shouldn’t rule out an Aidan appearance in a future episode of “And Just Like That…” if HBO Max decides to move forward with subsequent seasons.

“All of it is possible,” Parker said.