Sara Ali Khan undoubtedly is one of the most loved gen-Z stars of Bollywood currently. Be it her social media game or her fashion game, everything is on point and is loved by fans. We all know that Sara loves wearing Indian attires and never fails to stand out in them. Today too she was spotted in the city glowing in a white ethnic outfit. It looks like the actress is all set to shoot for a project and arrived on sets looking like a true Indian beauty.

In the pictures, Sara Ali Khan can be seen wearing a white coloured kurta which she paired with a white coloured ankle-length pyjama and dupatta of the same colour. The actress left her hair open, wore her spectacles and held her coffee mug in one hand. The Kedarnath star completed her look with open-toe footwear and looked radiant under the shining sun. Sara as always smiled and posed for the paps. 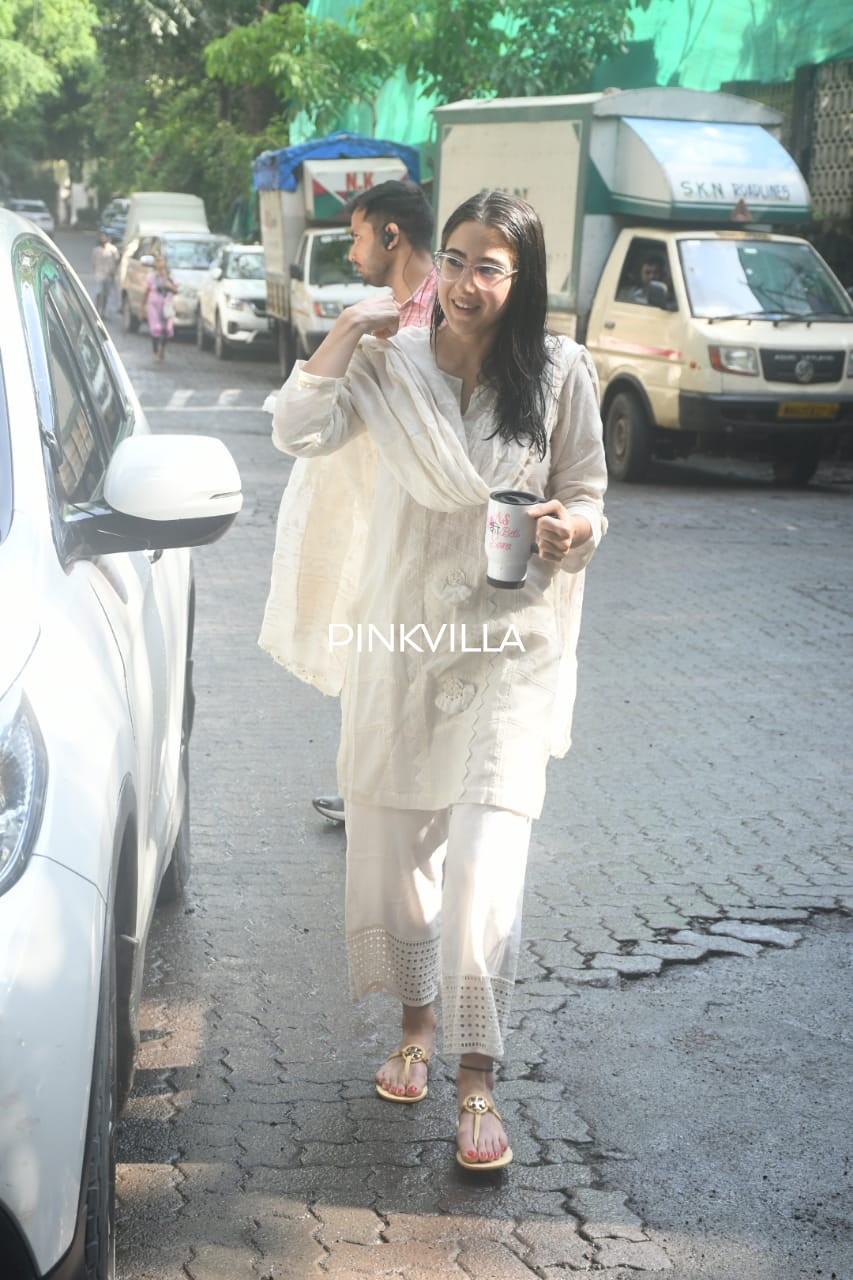 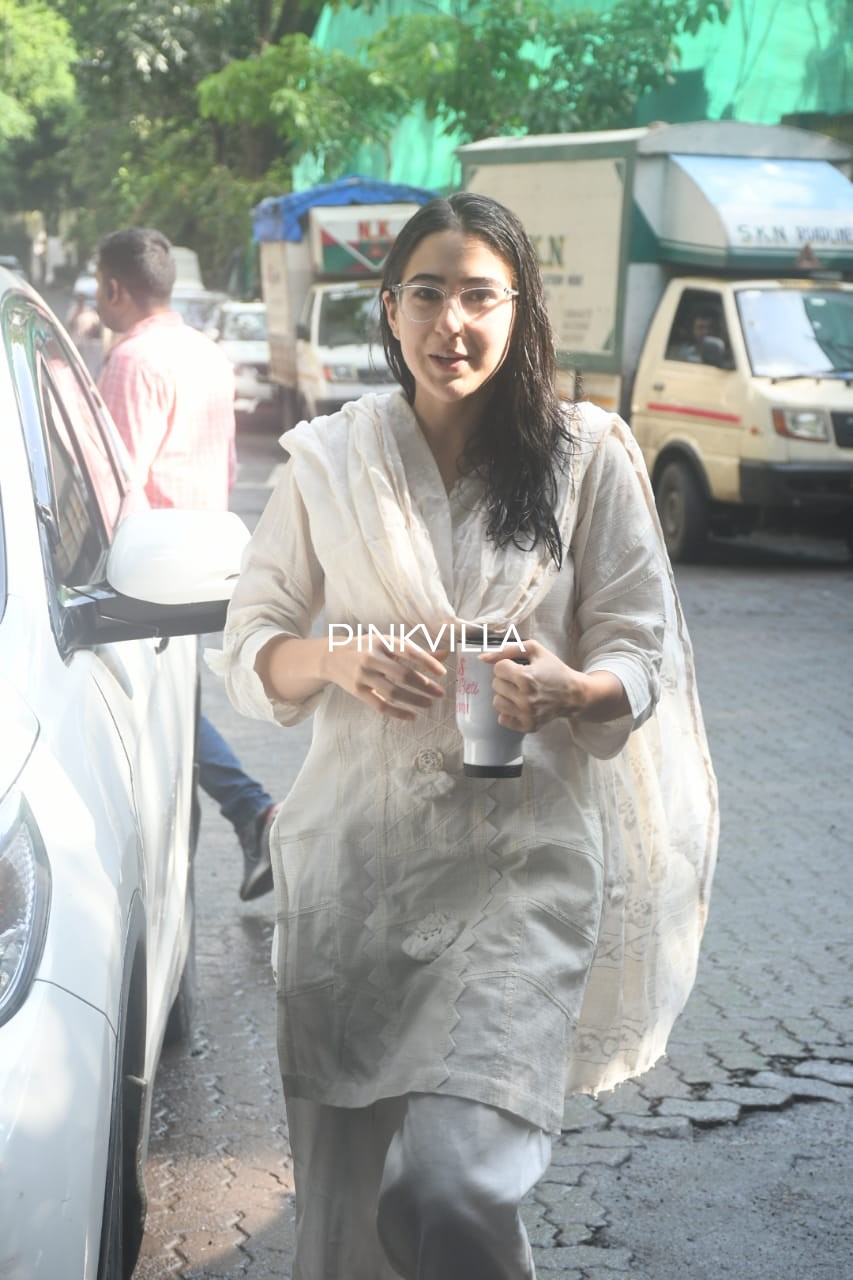 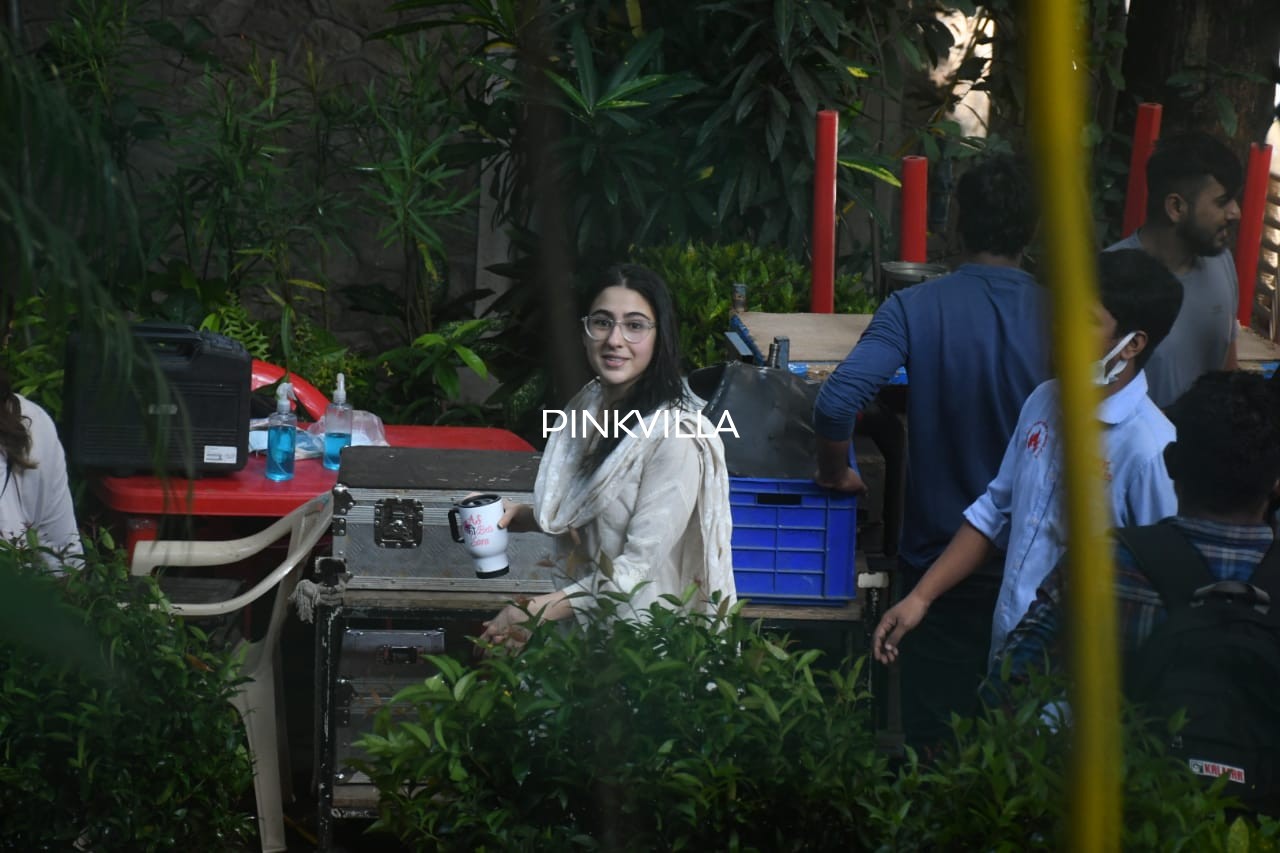 Meanwhile, on the work front, Karan Johar recently confirmed that Sara will be collaborating with him for 2 films. However, an official announcement is yet to be made. Apart from this, Sara Ali Khan was last seen featuring in the romantic fantasy drama film, Atrangi Re alongside Akshay Kumar and Dhanush in the pivotal roles, which was directed by Aanand L Rai. Next, she will be seen in producer Dinesh Vijan and director Laxman Utekar’s next yet-to-be-titled film alongside Vicky Kaushal. It is touted to be a romantic comedy and this movie will mark her first project with the Uri: The Surgical Strike actor. The Coolie No. 1 actress also has Pawan Kriplani’s Gaslight with Vikrant Massey and Chitrangada Singh.