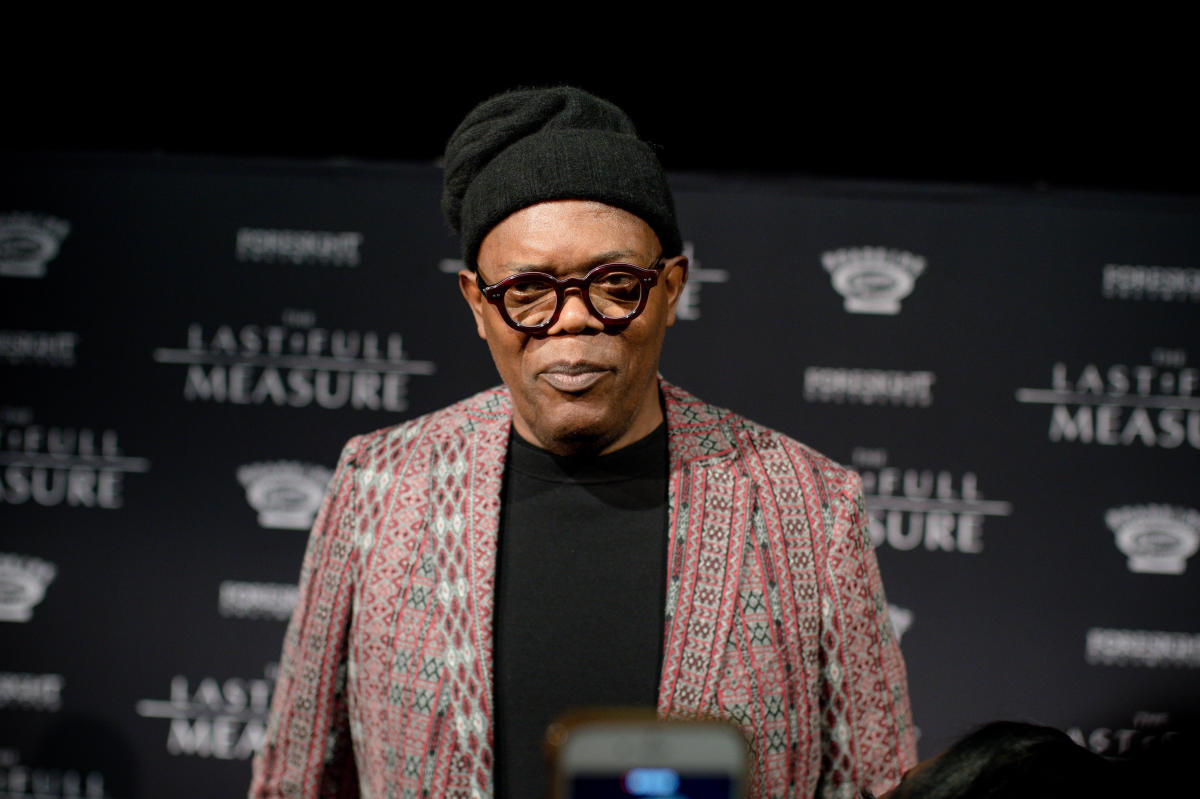 
Samuel L. Jackson is the latest celebrity to weigh in on Joe Rogan‘s past use of the n-word, which the controversial podcaster called the “most regretful and shameful thing I’ve ever had to talk about publicly” in a statement posted on Feb. 5.

Though Jackson himself noted the pitfalls of speaking candidly as a public figure — “People are always calling me about doing a podcast, but I can’t talk for an hour without saying something f***ed-up,” the Pulp Fiction star quipped — he has no patience for Rogan’s use of the racist slur. In a new interview with the Sunday Times, the 73-year-old actor also disputed Rogan’s claim that his words were taken out of context; in his apology, the former Fear Factor host acknowledged that he has since come to see that “there is no context where a white person is ever allowed to say that word, never mind publicly on a podcast.”

“He is saying nobody understood the context when he said it,” Jackson told the Times, which describes him as rolling his eyes over Rogan. “But he shouldn’t have said it. It’s not the context, dude — it’s that he was comfortable doing it. Say that you’re sorry because you want to keep your money, but you were having fun and you say you did it because it was entertaining.”

The Marvel star added, “It needs to be an element of what the story is about. A story is context — but just to elicit a laugh? That’s wrong.”

Having appeared in six Quentin Tarantino films, Jackson himself is no stranger to strong language. He balks at the criticism Tarantino has received for peppering his scripts with the n-word, arguing that the context calls for it.

“Every time someone wants an example of overuse of the n-word, they go to Quentin — it’s unfair,” he told the U.K. publication. “He’s just telling the story and the characters do talk like that. When Steve McQueen does it, it’s art. He’s an artiste. Quentin’s just a popcorn film-maker.”

But his Django Unchained co-star Leonardo DiCaprio had reservations when the 2012 film’s script required him to repeat the slur while in character as a plantation owner.

“While we were rehearsing Django Unchained, Leo said, ‘I don’t know if I can say ‘n*****’ this many times,'” Jackson shared. “Me and Quentin said that you have to.”

Though he’s due to receive an honorary Oscar at this year’s ceremony, Jackson still has a bone to pick with the Academy. “I should have won that one,” he says of his Supporting Actor nomination for Pulp Fiction, which lost out to Martin Landau in Ed Wood. The 1994 nod is the only one Jackson has received, though he feels his performance as Gator in Spike Lee’s 1991 film Jungle Fever also warranted attention — more so than Harvey Keitel and Ben Kingsley, who were nominated for Bugsy that year.

“My wife and I went to see Bugsy,” he told the Times. “Damn! They got nominated and I didn’t? I guess Black folk usually win for doing despicable s**t on screen. Like Denzel [Washington] for being a horrible cop in Training Day. All the great stuff he did in uplifting roles like Malcolm X? No — we’ll give it to this motherf***er. So maybe I should have won one. But Oscars don’t move the comma on your check — it’s about getting asses in seats and I’ve done a good job of doing that.”

Jackson’s done more than a good job; he has the distinction of being the highest-grossing actor in history. As such, he rejects arguments that superhero films — like, say, the Marvel Cinematic Universe of which he, as Nick Fury, is a firm member — are inferior to others.

“All movies are valid,” he said. “Some go to the cinema to be moved dearly. Some like superheroes. If somebody has more butts on seats it just means your audience is not as broad. There are people who have had successful careers but nobody can recite one line of their parts. I’m the guy who says s**t that’s on a T-shirt.”

There should be an Oscar awarded to the most popular movie he added, noting that the blockbuster Spider-Man: No Way Home “should” win this year.

“It did what movies did forever — it got people to a big dark room,” he explained.

At 73, Jackson’s film credits show no sign of slowing down; he’s starring in the soon-to-be-released Apple TV series The Last Days of Ptolemy Grey and has a string of projects, including next year’s The Marvels, underway. But like his former Star Wars co-star Liam Neeson, who recently reflected on being an aging action star, being physical on screen isn’t quite the same these days. He noted that because he has a bad knee, his characters may take a bullet to the leg or suffer some other sort of injury so that he can limp.

“People know I’m 73,” Jackson shared. “I’m not going to get into a fistfight with some 20-year-old. But I’ll shoot him. I can do that. If a guy hits me, I’m down. I’ve got 15 seconds of fight, so I don’t put myself in those positions. Let’s not stretch credibility.”