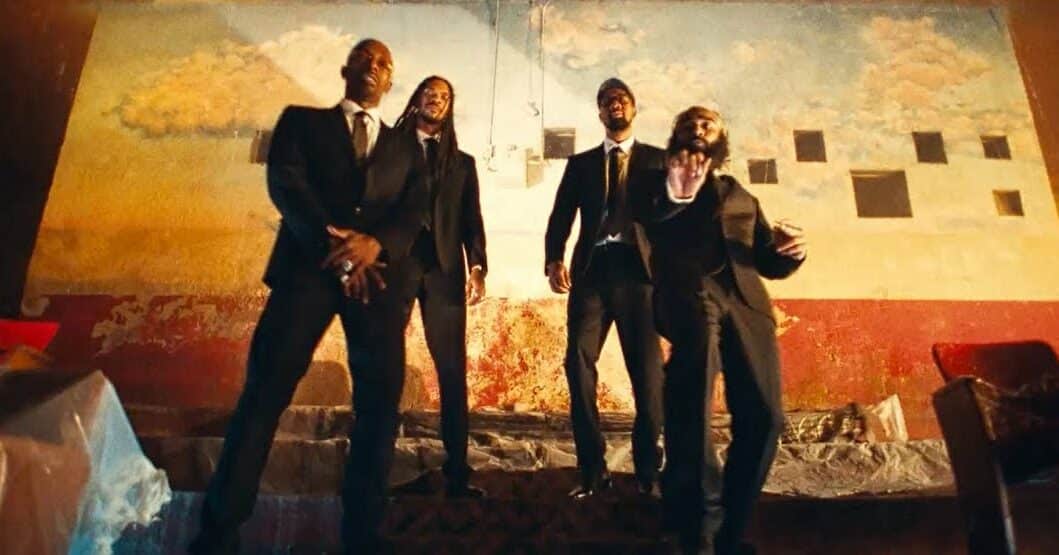 
RZA and Brooklyn rap trio Flatbush Zombies have joined forces for a new song called ‘Plug Addicts’. The track is accompanied by a John Tashiro-directed music video inspired by Quentin Tarantino’s 1992 film Reservoir Dogs. It’s the first of two collaborations between RZA and Flatbush Zombies, who are set to release a track titled ‘Quentin Tarantino’ on December 17. Check out ‘Plug Addicts’ below.

“I’ve had my eyes on the Flatbush Zombies for sometime now,” RZA said in a statement. “Their style of Dark hip hop lyricism is reminiscent of my days in the Gravediggaz. This type of collaboration was overdue.”

Flatbush Zombies’ Erick the Architect added: “In a lot of ways I saw RZA in myself, as a fellow producer/artist. We are making history together at this very moment. The music he’s made over the course of his career had a lot to do with why I wanted to make music in the first place, it’s beautiful to see these things come full circle.”