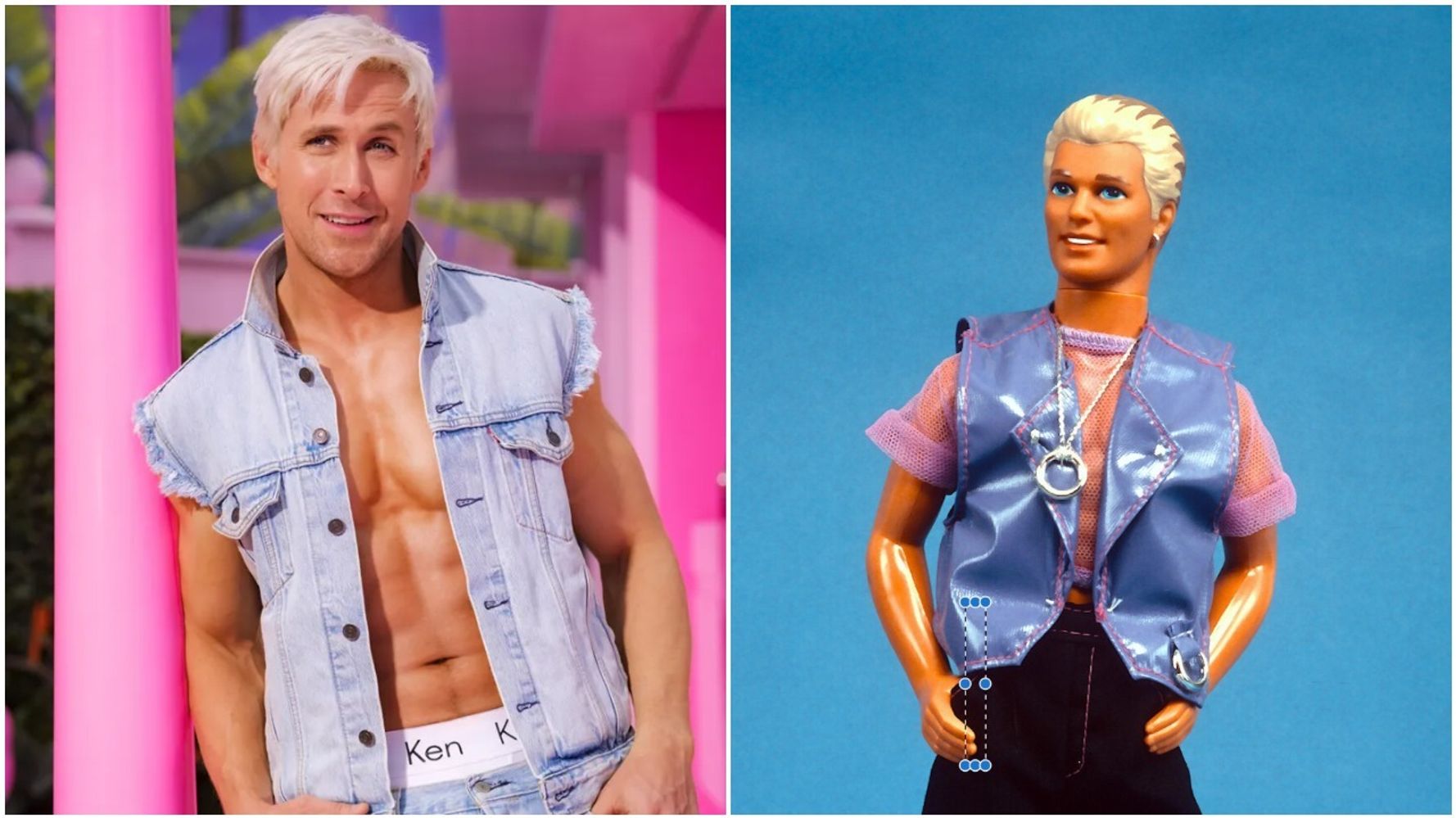 The fact that the first photo of Ryan Gosling as “Ken” from the upcoming “Barbie” movie was released during Pride Month probably wasn’t a coincidence since he seems to resemble a version of the doll that has become a gay icon.

Many people noticed that Gosling’s denim vest and bleached blond hair made him the spitting image of “Earring Magic Ken,” a version of Barbie’s best male friend, released in 1993.

“Earring Magic Ken” reportedly arrived at a time when Mattel executives were looking to update Ken’s image and surveyed children on what looked cool to them.

However, the doll apparently became the bestselling version of Ken in Mattel history at the time thanks to its popularity with gay men.

That’s because Earring Magic Ken wore his accessory earring on the left earlobe, a lavender mesh shirt with a matching pleather vest, and, as Mel Magazine noted, a necklace that could possibly double as a “cock ring.”

That particular fashion accessory turned out to be particularly challenging for the Mattel PR person who had to explain it in a way that was acceptable to parents unfamiliar with what was stylish in the gay community at the time.

Lisa McKendall, who was the manager of marketing and communications of Mattel Toys, insisted to The Chicago Reader that her employer was “not in the business of putting cock rings into the hands of little girls.”

She added: “It’s a necklace. It holds charms he can share with Barbie. C’mon, this is a doll designed for little girls, something like that would be entirely inappropriate.”

Although many moms bought Earring Magic Ken for their kids, it was also selling well in the gay community.

But In the Know reported that after the article made the cock ring connection, Mattel recalled the doll.

No one connected with the Barbie movie has explicitly connected Gosling’s version to Earring Magic Ken, but many people on Twitter couldn’t help but think it was intentional.

6/10. It looks A LOT like they’re going for Earring Magic Ken, in which case he’s missing the lilac mesh shirt and cock ring necklace. Which, given how badly Mattel wanted to bury that doll, means that the costume designer ABSOLUTELY needs to go all the way in that direction.