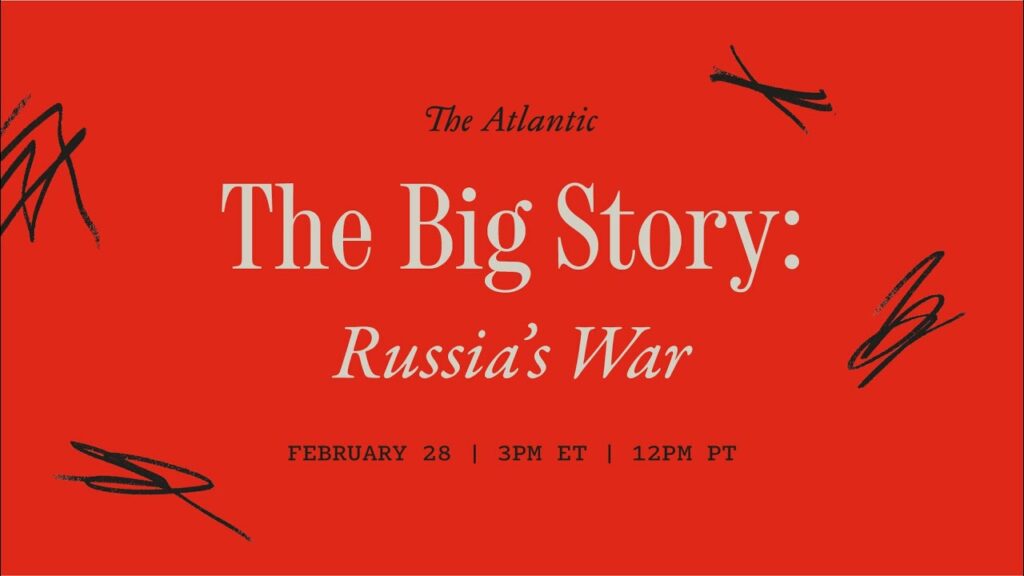 
“After years of threats, Vladimir Putin’s Russian forces invaded Ukraine—culminating in the largest attack against one European state by another since the Second World War. What happens now?”

Above, you can watch a wide-ranging conversation hosted by The Atlantic, featuring Anne Applebaum (Pulitzer-prize winning historian), Tom Nichols (U.S. Naval War College professor), and Jeffrey Goldberg (editor-in-chief of The Atlantic) as they examine “the global reaction, the effectiveness of sanctions, and how to address the rise of authoritarianism and ongoing threats to democracy.” It’s also worth reading Applebaum’s latest piece, “The Impossible Suddenly Became Possible.”