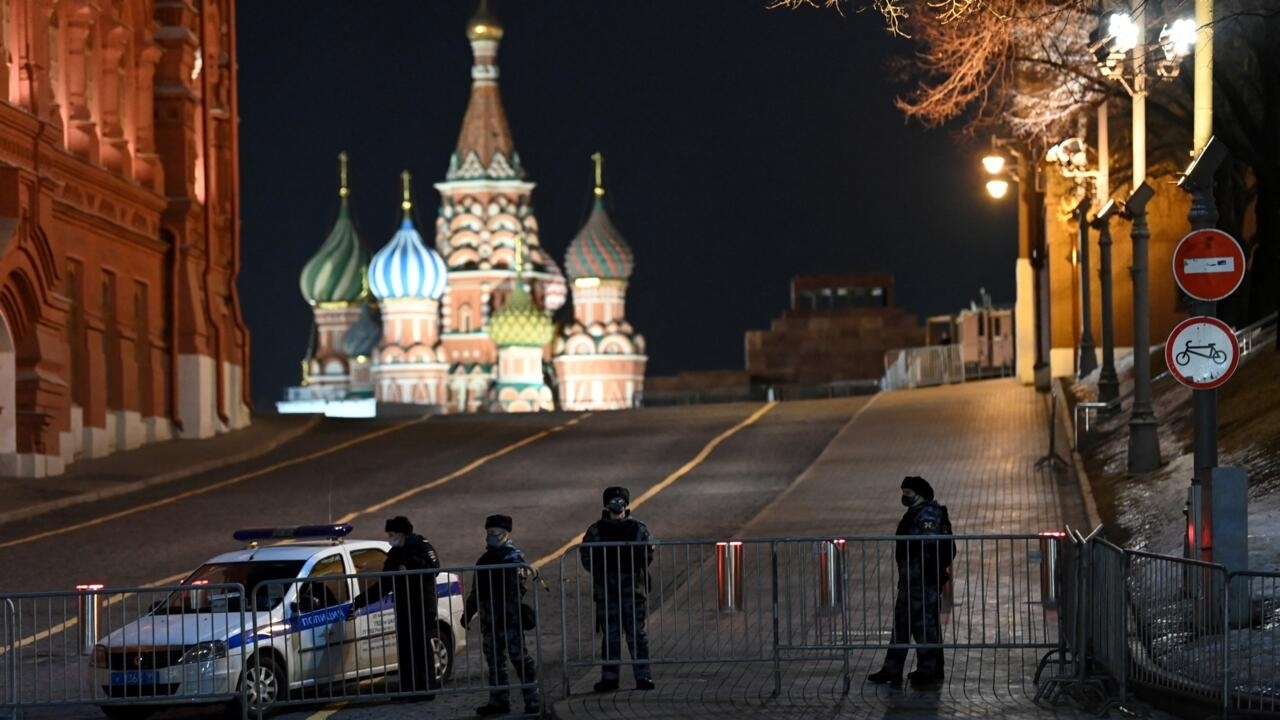 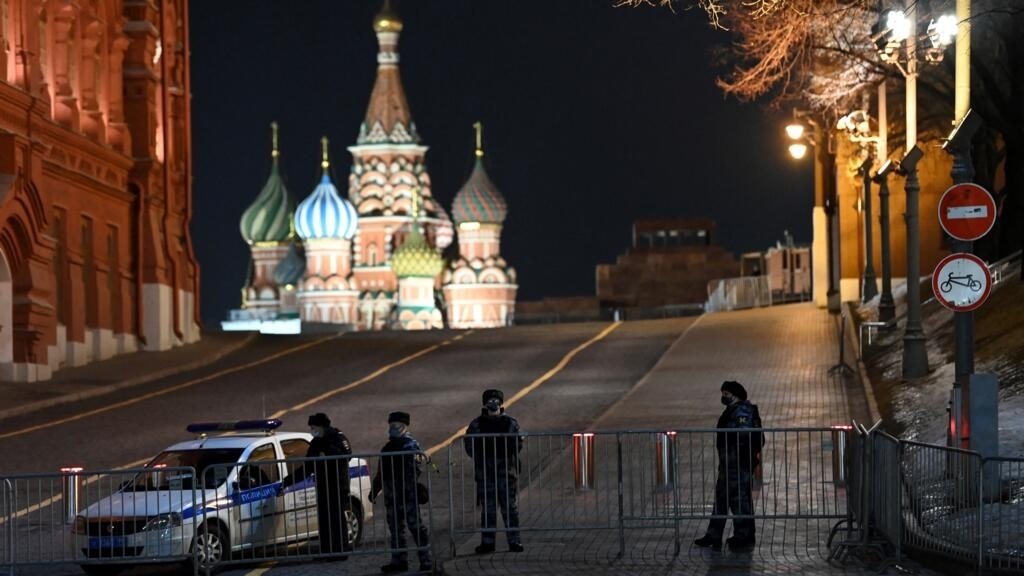 From high-profile musicians to museum staff, thousands of arts workers are taking a public stand against the Russian president’s invasion of Ukraine. New Russian laws mean speaking out puts their livelihoods, freedom and safety at even higher risk.

As the war in Ukraine has entered its second week, more than 17,000 Russian culture sector workers have signed an open letter demanding Russia’s withdrawal of troops and calling the war “senseless and pointless.”

“The reasoning behind this so-called “special military operation” is a construct made entirely by the representatives of the Russian state. We are in opposition to this war being carried out in our name,” they wrote.

On February 25, conductor of the Berlin Philharmonic Orchestra Kirill Petrenko described Vladimir Putin’s actions as an “insidious attack on Ukraine”.

“A knife in the back of the entire peaceful world” – Statement by the Berliner Philharmoniker and their chief conductor Kirill Petrenko on the Russian invasion of Ukraine https://t.co/HvSVqT2LJr


Artists Kirill Savchenkov and Alexandra Sukhareva withdrew themselves from the Venice Biennale with a statement on Instagram saying, “there is no place for art when civilians are dying under the fire of missiles”.

‘The stakes are high’

Such outspoken opposition to decisions made by the Russian president is rare and dangerous. According to the independent monitoring group OVD, more than 8,000 people had been detained for attending anti-war protests in Russia as of March 4, nine days after Putin invaded Ukraine.

On March 4, the Russian parliament upped the ante by passing a new law with harsher punishments for public dissent. Russians who are seen to discredit the armed forces, spread ‘fake information’ or call for unsanctioned public action, could now face a variety of punishments including lengthy jail terms.

“The stakes are high,” Amnesty International’s Russia researcher Natalia Prilutskaya told FRANCE 24. “The problems they could face go from losing their job to administrative prosecution but also criminal prosecution, which now involves 15-years’ imprisonment in the worst-case scenario and very heavy fines.”

At the same time, increasing media restrictions in Russia make it unlikely that counter-narratives about opponents to the regime will be able to surface. Some high-profile opponents have already been the subject of online messages sharing their image with words such as “traitor” or “enemy” scrawled across them.

“It’s not clear who’s behind these, it could be just one person or the Telegram channel,” Prilutskaya said. “What is really worrying is that there are groups in society that do support the war and we can expect that there would be acts when some of those people might want to attack those who speak out.”

Most of the 17,000 signatories of the letter are museum curators or art critics working in the culture sector, who are not high-profile enough to be the subject of such messages. This does not mean they are safe. “Ordinary people are risking a lot, especially those who live in smaller towns. There are all sorts of dangers that they’re facing,” said Prilutskaya. “But still they found it was necessary to speak out on this.”

As well as being barred from international events such as the Eurovision Song Contest, the Cannes, Glasgow and Stockholm film festivals have likewise announced a boycott of Russian delegations.

In New York and London, opera houses and classical music venues have cancelled performances of Russian music and ballets. New York’s Metropolitan Opera added that it would no longer work with performers or institutions that support Putin’s policies.

In the Netherlands, the Hermitage Amsterdam, which is a branch of Hermitage Museum in Saint Petersburg, has cut ties with the Russian institution. “War destroys everything. Even 30 years of collaboration,” it said in a statement on March 3.

A global rejection of Russian art and culture poses its own risks, said Prilutskaya. “If this goes on, there is a fear that those people [in Russia] who are speaking out and those people who want to be heard would be effectively imprisoned in their country.”

“And Russian propaganda is also quite skillful in terms of perverting what is going on, so they can say, ‘We’ve been telling you for ages. The West is against Russia as a whole. It’s not against Putin, or against any one of the oligarchs, it’s against Russia.’”

‘An act of cowardice’

Some Russian artists have already found themselves caught between the demands of western cultural institutions and Russian authorities.

The Munich Philharmonic sacked renowned conductor Valery Gergiev on March 1 for refusing to denounce Putin’s invasion of Ukraine. Gergiev has known the Russian president for three decades and has a long history of supporting him. He was also fired from his position as honorary conductor of the Rotterdam Philharmonic Orchestra.

Opera star Anna Netrebko has also lost engagements in Germany, Switzerland and the US due to her ties to Putin. The soprano celebrated her 50th birthday by singing at the Kremlin, and publicly supported the president’s 2014 election campaign.

In a Facebook post she has since said she was “opposed to this war”, but stopped short of mentioning Putin by name. She added, “I am not a political person. Forcing artists, or any public figure, to voice their political opinions in public and to denounce their homeland is not right.”

Even so, given her strong ties to Putin, The Metropolitan Opera in New York has said it is “hard to imagine a scenario” in which she would ever perform at the venue again.

“One argument is that art and politics should be separate, but not speaking out in this particular situation is about whether you support the war and absolutely brutal, useless, senseless killing,” said Prilutskaya.

“Some very high-profile artists have for a long time enjoyed a closeness to the top leadership in Russia. It could be their position, that they are fine with what is going on [in Ukraine]. Or, is it an act of cowardice from people who are probably in a better position that many of those 17,000 people that signed the open letter?”

While the balance of power may be stacked against them, the culture workers who have denounced the war are not alone. Russian medical professionals started their own open letter that had gathered 15,000 signatures by February 28. Some 30,000 Russian IT workers and 600 scientists have also done the same.

In a country of 144 million people, these acts are still what Prilutskaya calls “little shoots” of resistance that need support to grow stronger. But, she added, “there is hope. The bigger the anti-war movement, the more there’s a chance that Russian aggression will at least diminish.”

“And the scale of the protests and the fact that there are all these letters from different parts of society is unprecedented.”