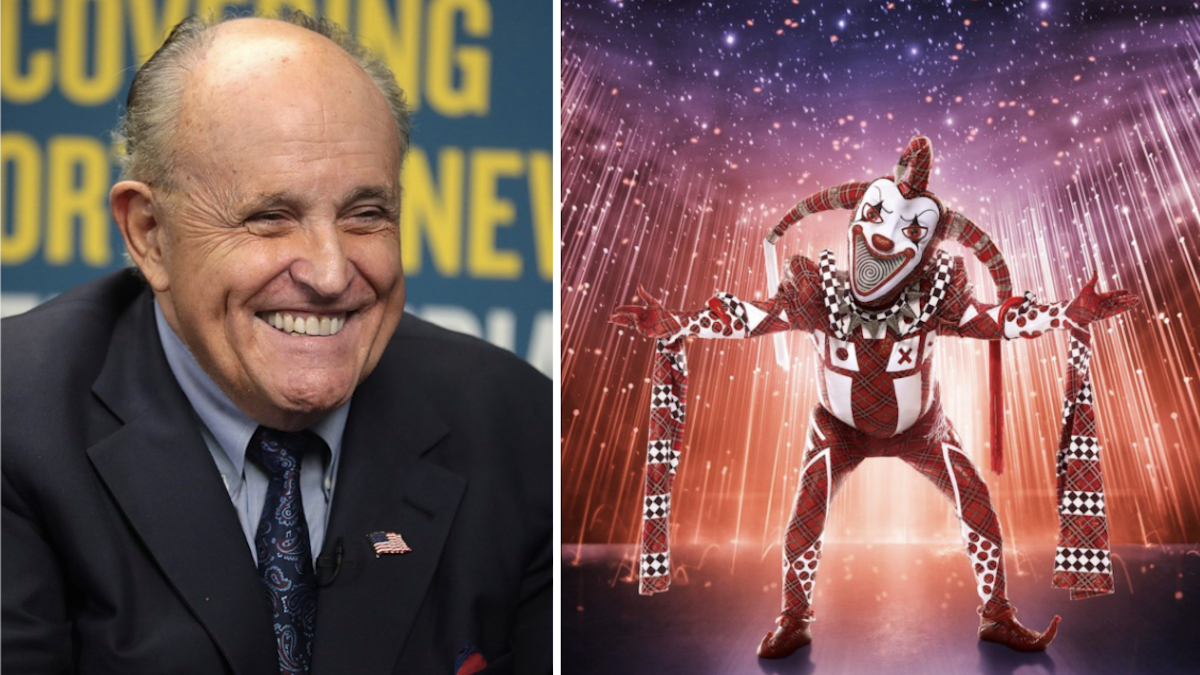 If watching D-List celebrities sing pop songs under the guise of elaborate costumes wasn’t enough to make you rebuke network television altogether, consider the fact that Rudy Giuliani performed on The Masked Singer as if he didn’t attempt to upend our democracy a year ago. While FOX was apparently okay with the casting, judges Ken Jeong and Robin Thicke appeared reasonably disgusted: According Deadline, they left the set in protest when Giuliani’s identity was revealed.

Giuliani was unmasked as an exiting costumed contestant during last week’s taping of The Masked Singer. Upon the reveal, longtime judges Jeong and Thicke exited the stage, while fellow judges Jenny McCarthy and Nicole Scherzinger remained on stage and joked with Giuliani. Maybe they forgot about his last performance — you know, the one where he tried to get everyone to believe the election was rigged?

You can’t be too shocked The Masked Singer would book a crook like Giuliani for its ‘family friendly’ singing show. Back in 2020, Sarah Palin donned a bear suit and performed “Baby Got Back” on the same program. Look out for the disgraced attorney once The Masked Singer returns March 9th on FOX — while it’s unclear what episode Giuliani appears in, if you see a masked clown, you’ll know it’s him.