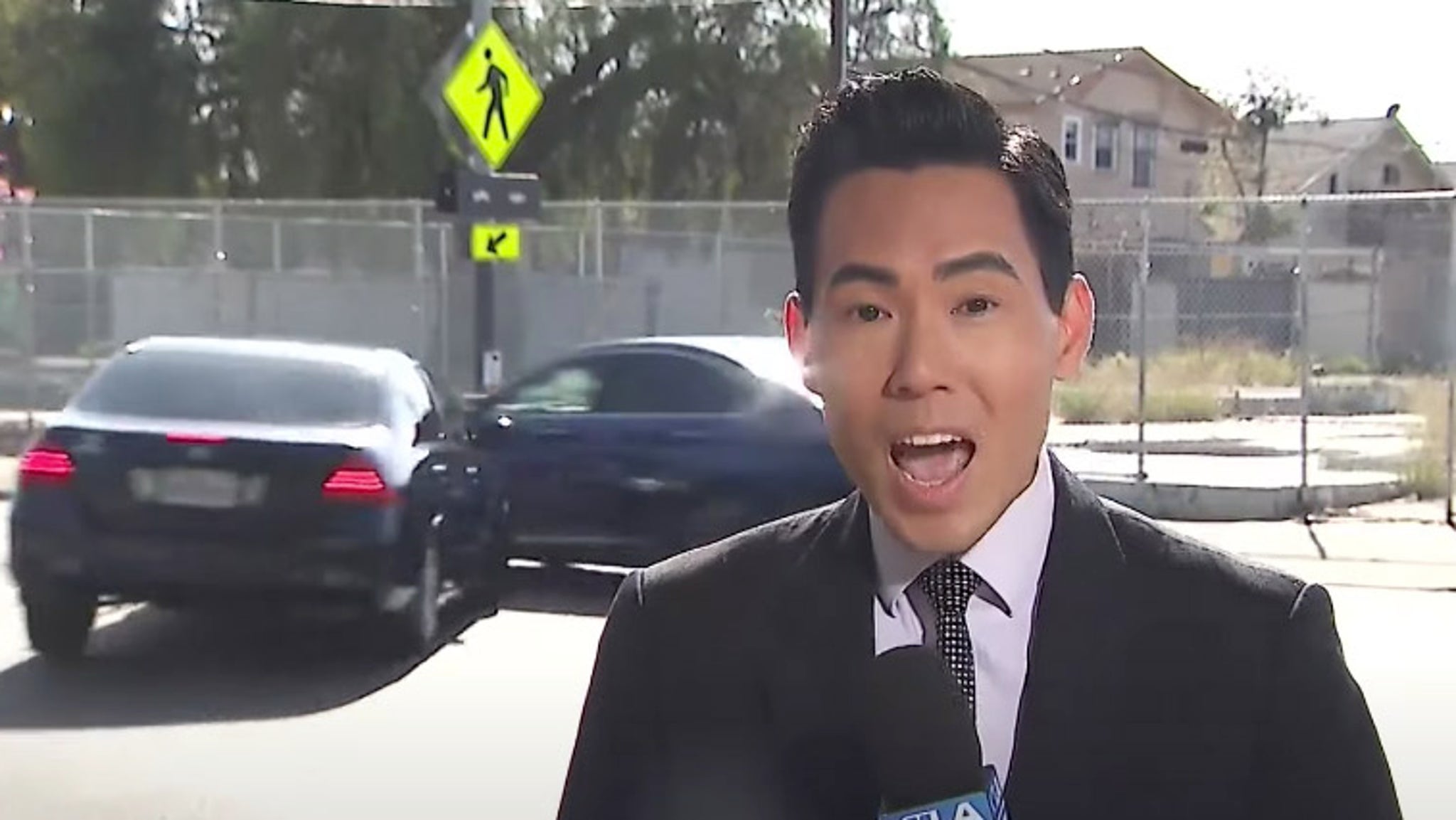 “Officials say is one of the most dangerous streets in all of Los Angeles,” said the reporter — as an accident proved his point.

KTLA reporter Gene Kang was reporting on a fatal hit and run in Los Angeles this week when his live shot was interrupted by what appears to be another hit and run.

Kang was on the scene at the intersection of 84th Street and Hoover St., where Jemmy Chavarria was killed last month while crossing a crosswalk with his wife and child. Hewas struck by a speeding sedan after getting his family out of harm’s way and later died of his injuries. The LAPD has since offered $50,000 for information leading to the driver’s arrest.

In what was intended to be a button on his report, Kang said, “You see Hoover St. here, officials say is one of the most dangerous streets in all of Los Angeles” — before an accident directly behind him proved his point. Two sedans were seen crashing into one another, before one of the cars sped over the curb and drove off.

He later said the number of traffic collisions in the area had doubled since the pandemic, before explaining that they called 9-1-1 about the accident they witnessed and police were on the scene to help.

“Just more evidence into how scary it is here on Hoover St.,” added Kang. “Those victims, fortunately, they were not hurt but very much in shock.”