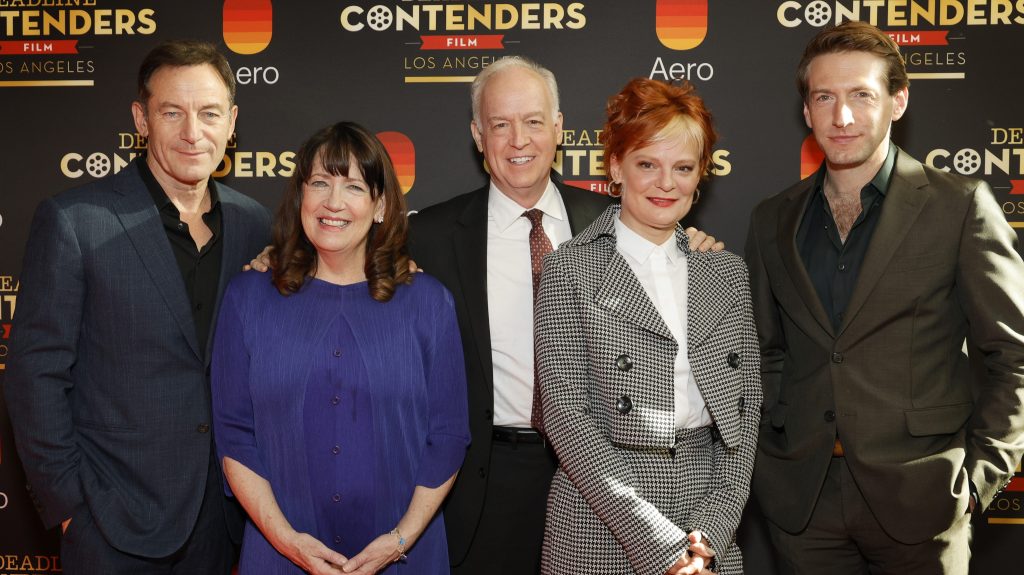 “It’s about finding a path forward,” Kraz said. “It’s about trying to move through something. I wanted to tell a story about forgiveness and reconciliation because I want to feel more of it.”

“We think, ‘I could never deal with something like this’ and in fact you can, if you want to,” Birney said. “That’s really the difference. You’ve got to want to.”

Mass filmed in a Covid-safe bubble. The entire film takes place in a meeting room in which the four parents sit at a table. Dowd said the subject matter touched her as she coped with the pandemic.

“There is always hope even in unimaginable circumstances,” Dowd said. “Doing this film taught me that and now, in the middle of where we all are, it gives me tremendous comfort.”

Isaacs gets that the subject matter might feel too intense for some viewers but said he hopes they’ll trust the filmmakers to bring them to a positive place.

Plimpton said she avoided researching parents of mass-shooting victims because she felt her character was specific to Kranz’s script.

“He had been so painstaking in working on it that I just felt Gail’s story was enough,” Plimpton said of her character. “I know others might have done it differently, but that was what it was for me.”

Bleecker Street acquired U.S. rights to Mass after its world premiere at Sundance and opened it October 8 in the U.S.