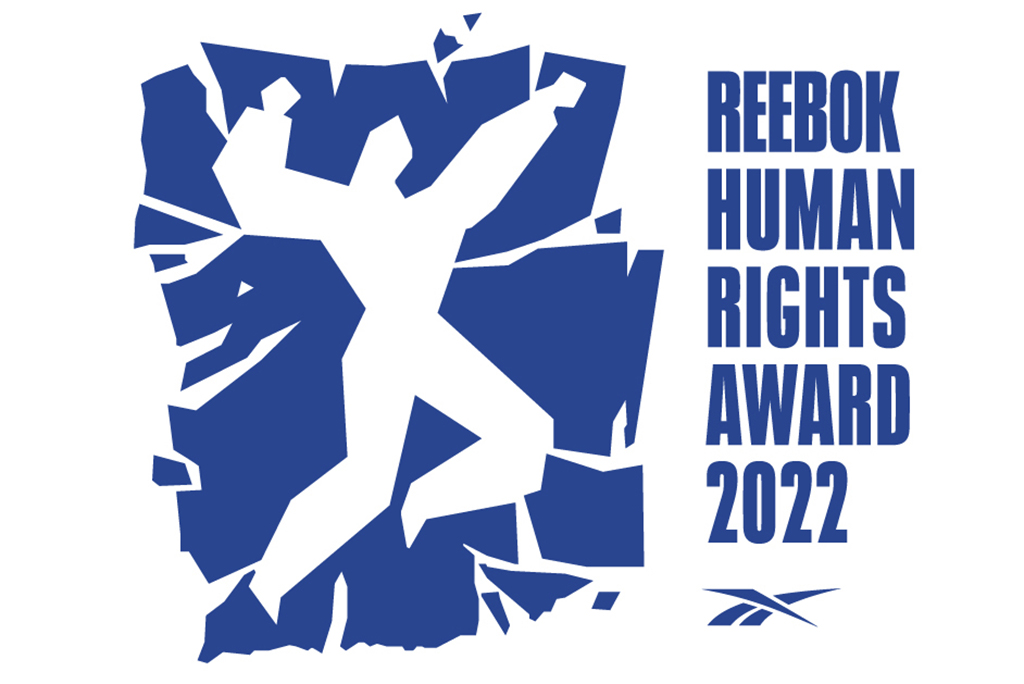 
After a 14-year hiatus, Reebok revived its Human Rights Awards in 2021. A year later, the effort is back — with updates.

This year, Reebok said the program — which has a history of famed winners including economist and environmentalist Winona LaDuke, lawyer and social justice activist Bryan Stevenson and United States Associate Attorney General Vanita Gupta — will honor activists in the world of sports and athletics, giving the initiative a greater focus on the intersection of human rights and sport.

Another new addition for 2022 is a partnership with the Sports Illustrated Awards to celebrate this year’s honoree, who will also receive a cash reward to support their work and guidance and mentorship from Reebok and its partners.

Nominations for the 2022 Reebok Human Rights Awards are now open via a landing page on Reebok.com.

Below, Reebok VP of apparel Portia Blunt — a well-known advocate of diversity, inclusion and equity in the footwear industry — reveals to FN how the program will evolve in 2022.

Why are the Human Rights Awards so special and important to you?

“Mainly because it is so rooted in the history of our brand. The platform being able to amplify and reach a mass amount of people with stories of amazing activists and changemakers is one of the first things I connected with when I came to the brand. It touches my heart because it’s our brand really being our best selves, creating a space for young people. At this moment in time, it’s so important in terms of change activism, cause impact in community, especially as we start to tie that back into sport. Our professional athletes are at the tip of the spear, at the forefront of being voices of change, and with this platform we’re able to amplify those who aren’t necessarily the Shaqs of the worlds or the Allen Iversons of the world but are doing something meaningful in their community or in their school. That’s huge, every little bit counts and we’re able to do something and move it forward. I’ve got two little boys and being able to speak on what the brand is doing and what I do on a day to day beyond creating product which has meaning is really important when you’re raising a 16-year-old and an 11-year-old.”

What was behind Reebok’s decision to shift and make the awards for activists in the world of sports?

“It is a natural shift for us. It wasn’t ever not what we were focused on before, but this is just a conscious effort on our part to be more pointed in that space. As we started to build in more partnerships, it made a lot more sense to be more deliberate about that. And from a brand perspective, we’re anchored in this idea of amplifying human rights through human movement, and that obviously segways into sport. It’s the natural way for us to get acquainted with that storytelling and finding those activists who are doing amazing work through sport. Now, it doesn’t necessarily mean you have to be an athlete. It means that you are actually contributing to your community through the lens of athletics and through sport. It could be someone who’s engaged in a youth or community underrepresented run club. It’s looking at it in a more pointed way, but still keeping it pretty broad in terms of the communities that we serve and reach.”

What did you learn from the program’s revival in 2021?

“The first lesson is that it was incredibly missed. Our employee community champions the program as a point of excitement, a point of pride. Two, we were definitely constrained in terms of COVID requirements and making the resurrection of the program a virtual platform. And we were dormant for too long, quite frankly. We had some amazing finalists and awardees highlighted last year through our virtual summit, and it showed the power not only of what they’re doing, but what the brand can do in terms of being a conduit of storytelling and amplifying these voices through the support we can provide through our partnerships and mentorships.”

You were hired by Reebok in March 2021. Was this program something you wanted to jump right into when you were hired?

“One of the things that is near and dear to my heart is diversity, inclusion, equity, equality and justice in our industry. This opportunity came to me through our leadership in terms of my voice, product, all of it. My desire to get involved led me to being that executive lead here. It was a natural path for me, for sure, to just step into the role and take it over. I do oversee the product portion of the program as well with our Human Rights Now capsule. Last year, the summit was in August and we dropped a capsule at that time, we had activation that was quite amazing in Brooklyn. Black Thought did spoken word and it was really energizing and amazing. One of the things that I looked to do at that point in time was to figure out a way to continue to amplify around the program so it didn’t feel like a moment in time or just a blip on our radar like we’re just checking a box. As we come into ’22, we’ve expanded that Human Rights Now product capsule to two drops as opposed to one. We’ll have one in September focused around celebrating around Title IX anniversary this year and what it means being a woman in sport and taking some inspiration around that. And then in December, our final capsule will drop, coinciding with the awards as well as International Human Rights Day, which happens on December 10. We’re looking at taking these progressive steps to one, be impactful, two, be meaningful and thoughtful so that it’s not just product capsules, they’re tied to purpose, storytelling and making sure we’re continuing the conversation around human rights throughout the year. As we go into next year, you’ll see a progression of that with more storytelling, more partnerships and continuing to amplify.”

What product will be featured in the collections?

“For the September drop, it will be focused on Title IX in terms of inspiration, and we included our Freestyle in that capsule. It’s the 40th anniversary of the Freestyle. The Freestyle, for the brand, was the first performance athletic training shoe for her at a time when brands weren’t really thinking about her specifically, being built for her. Tying that back to Title IX is so powerful and special for us, bringing that to life through the Human Rights Now capsule. And then in December, you’ll see a whole new expression coming to life, bringing to light this idea of community and all being welcome with a nod to our basketball heritage.”

What message does Reebok relaunching the Human Rights Now Awards send to the greater athletic market?

“Be who you are. That’s what we pride ourselves on at Reebok. We aren’t necessarily looking at our competitors to keep up with them. When it comes to human rights, when it comes to human movement, when it comes to these awards, we follow our instincts and our gut and we do what we feel is best. It is putting our arms around the community in a beautiful way through providing product, providing support and putting a light on these individuals and organizations that wouldn’t necessarily get a lot of recognition and acclaim. I would really just encourage brands to be true to who they are and authentic to themselves, because that’s really all we are looking to do. We’re thrilled about the continuation of the revamped program because there’s so much richness out there in the community and we want to be a partner and a place for these activists and community leaders, athletes and sport enthusiasts.”