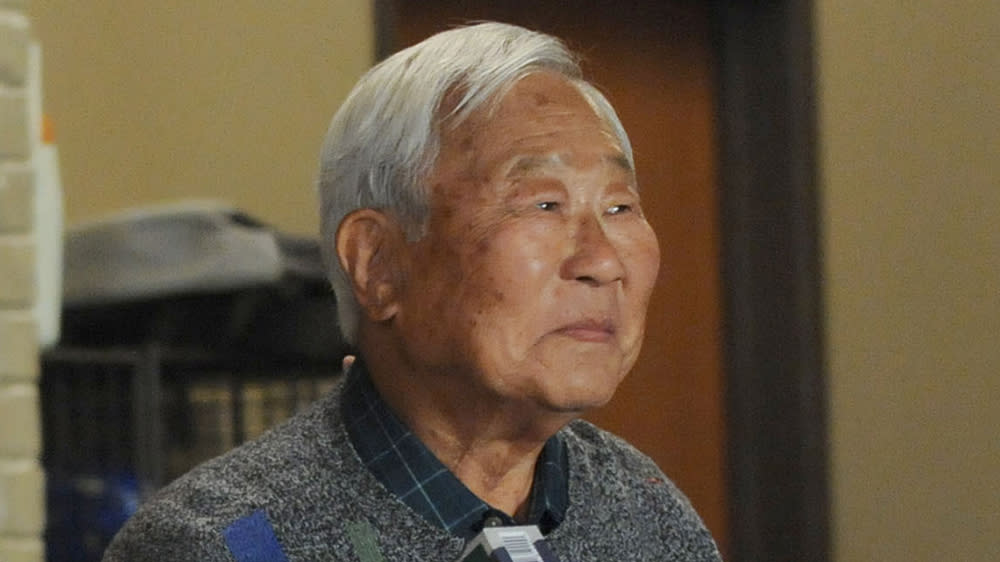 
Ralph Ahn, who played the fan-favorite “New Girl” character Tran, died on Feb. 26, the Korean American Federation of Los Angeles reported. He was 95.

Ahn appeared in seven episodes of the sitcom alongside Jake Johnson, who played Nick Miller. A man of very few words, Tran serves as a friend and grandfather figure. Through facial expressions and body language, he helps Nick sort out his problems. His only two speaking lines in the show are “You are a huge baby” and “Drive.”

Johnson took to Instagram to honor Ahn, writing, “RIP. So much fun to work with. He gave so much with literally no lines. I loved when he was on set. I was always expecting to somehow work with him again. Condolences to his family/friends.”

In a 2014 interview with The Hollywood Reporter, “New Girl” creator Elizabeth Meriwether said it was a no-brainer to make Ahn a recurring character on the show.

“He’s really easy to write for [laughs]. It was Jake Johnson’s idea, originally. He texted me about it. We all thought it was so funny,” Meriwether said. “Going into this year, I think one of the writers in the retreat pitched his granddaughter being a love interest. But Jake also wanted to do something like that.”

Across his career, Ahn also acted in films including “Eyes of an Angel,” “Younger and Younger” and “Life Stinks,” as well as TV series such as “The Golden Girls,” “Suddenly Susan,” “The King of Queens,” “The Shield,” “The Division” and “Gilmore Girls.”

He was the son of Korean independence activist Dosan Ahn Chang-ho, an early leader in the Korean American community. Born in Los Angeles, Ralph Ahn got into acting thanks to his brother Philip Ahn, the first Korean American film actor in Hollywood, who played Master Kan on the TV series “Kung Fu.”