Michael ‘Wippa’ Wipfli has revealed that his wife, Lisa, has banned him from his beloved Bunnings.

Speaking on his Nova’s Fitzy & Wippa breakfast program this morning, the radio star told co-host Ryan ‘Fitzy’ Fitzgerald that his fed-up wife put her foot down after he visited the hardware store four times in one weekend.

“I can’t be the only one that spends their weekends nicking off somewhere,” he said on air. “Then I realised on the weekend, and it only came up because Lisa said, ‘I’m going to ban you from Bunnings’ and I said ‘You can’t do that. That’s my time, that’s my space and that’s going to Bunnings!’ Last weekend I went to Bunnings four times.”

Wippa also admitted to taking his time once inside the store, which he calls his “happy place” and even calls home just in case he needs other items and therefore can spend longer wandering the aisles.

But after Lisa threatened to ban him from the joint as he was taking too long, Wippa realised Bunnings was a form of escape for him, similar to how others go to the gym.

“I just realised I was using this escape, and I felt so threatened this weekend when Lisa said, ‘You know what, I’d love you to be a little more present … and you’re not going to Bunnings once,'” he said. “How dare you strip me of my rights to wander through those beautiful green doors.”

Wippa said as a result he was forced to get creative when trying to get out of the house, giving his wife a medical reason for a recent outing.

“I went and had another COVID test, that’s when I knew I was pretty keen to get out of the house,” he laughed. 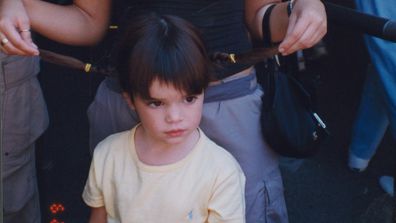