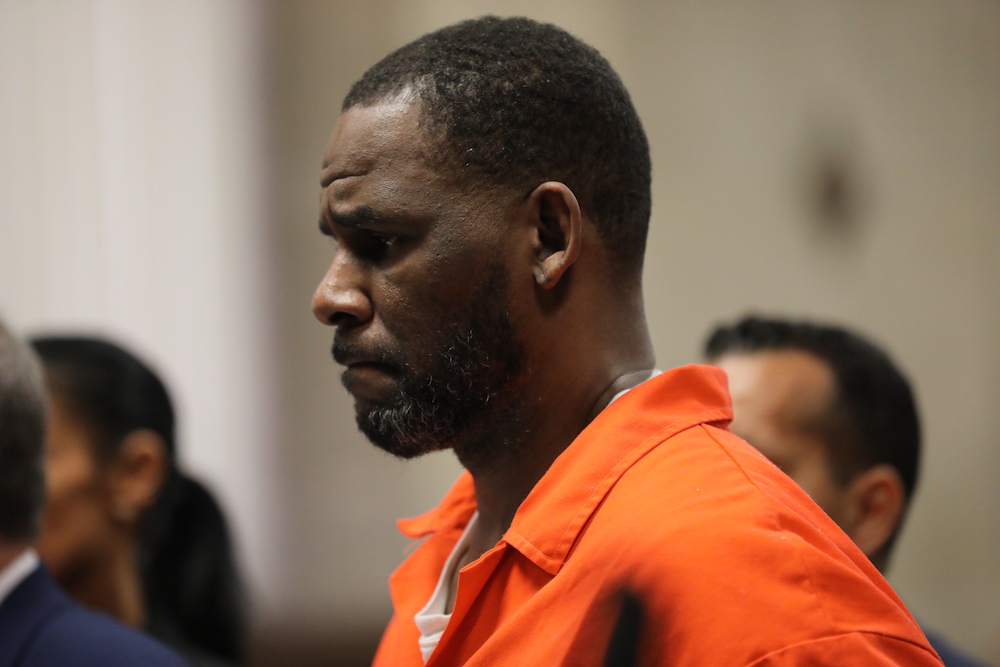 
After eleven hours of deliberation, a jury reached a verdict in the federal trial against R. Kelly that has been unfolding in Chicago over the last month. As The Chicago Tribune reports, Kelly was convicted of six of the 13 charges he faced. He was found guilty on three of four counts of child pornography, and three of five counts of enticing minors for sex. He was acquitted on the others, as well as charges related to obstruction of justice and conspiracy to receive child pornography.

Derrell McDavid and Milton “June” Brown, two Kelly associates and co-defendants in the case, were both acquitted on charges that they received or conspired to recieve child pornography and that they obstructed justice in Kelly’s 2002 indictment.

The federal case was built around accusations from five women who said that Kelly sexually abused them when they were children, including testimony from a woman identified only as “Jane,” who confirmed publicly for the first time that she had appeared on the tape that was at the center of Kelly’s 2008 child pornography trial.

Last year, Kelly was found guilty on racketeering and sex trafficking charges by a federal jury in New York. He was sentenced to 30 years in prison.