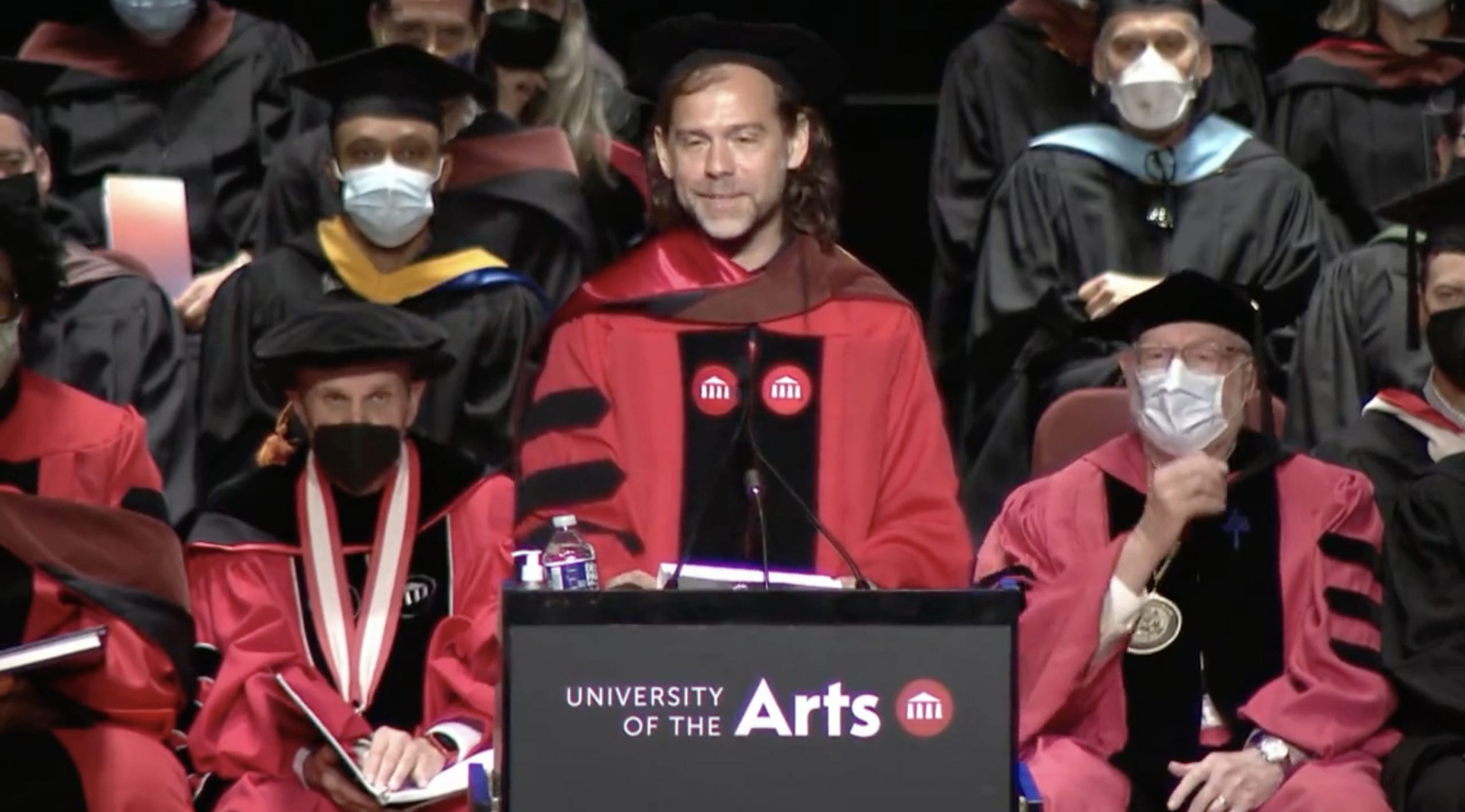 
Taylor Swift wasn’t the only major music figure to receive an honorary degree this week. Swift’s close collaborator Aaron Dessner and Ahmir “Questlove” Thompson — the Roots bandleader, Oscar-winning Summer Of Soul filmmaker, and a Philly native — were both honored at the University of the Arts’ commencement ceremony Thursday at Philadelphia’s Academy of Music. The Philadelphia Inquirer has photos from the event, which was UArts’ first in-person commencement since 2019.

Questlove reportedly told the graduates, “Embrace boredom. Embrace silence.” In Dessner’s speech, he described his first experience remotely collaborating with Taylor Swift on the song “Cardigan” like so: “It felt like a lightning bolt had hit the house.” Watch footage of Dessner below.