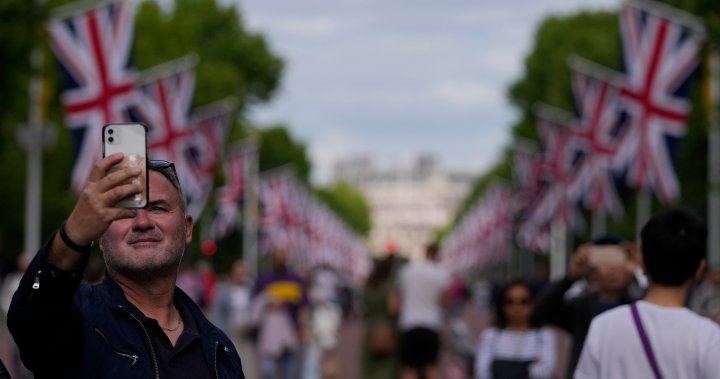 
After two years of COVID-19 lockdowns and the political turmoil of Brexit, Britons are bursting onto the streets to celebrate the Queen’s Platinum Jubilee — the first for a British monarch.

The momentous occasion comes as a world weary from lockdowns begins to venture out once more, hungry for the familiar sights and sounds of community celebrations.

In the United Kingdom, the Platinum Jubilee celebrations are a bonus four-day bank holiday that is set to see thousands of gatherings both large and small, ranging from festivities on The Mall to lunches in backyards and village squares finally blooming after a long, hard winter.

Has the Commonwealth ‘run its course?’ Platinum Jubilee raises questions on future

The official start to the celebrations is on June 2, when the Trooping the Colour will mark the Queen’s official birthday with a colourful parade of thousands of officers and soldiers in their service regalia.

All eyes will be on the Buckingham Palace balcony as well, as the Royal Family gathers to take in the packed crowds outside and watch a Royal Air Force flyover — though Prince Harry and Meghan, Duchess of Sussex, are not expected to be on that balcony.

On June 3, there will be a service of thanksgiving at St. Paul’s Cathedral, along with the Platinum Party at the Palace on June 4 and the Platinum Jubilee Pageant on June 5.

Global News will have special coverage on the ground from London, U.K. on our website, social media and on TV, including a full wrap showcasing the days of celebrations on June 5 at 2 p.m. ET.

It looks like Prince Charles and Camilla, Duchess of Cornwall, have just arrived. The British reporters alongside me here say this is them. https://twitter.com/amandacconn/status/1532290588875309057?s=21