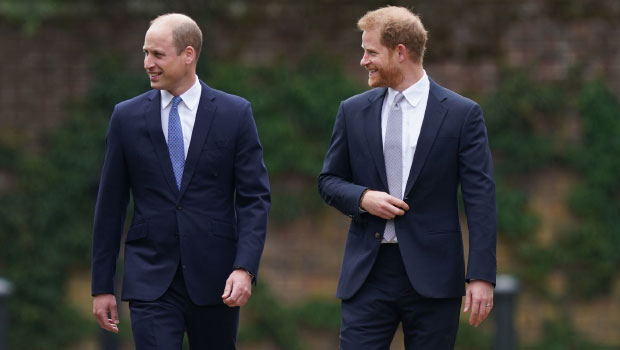 
Prince William and Prince Harry are working it out! The brothers haven’t exactly seen eye-to-eye since Harry’s explosive Oprah interview and decision with wife Meghan Markle to step back as senior royal members. But now the siblings are reportedly trying to mend their relationship with video chats and text messaging before they are reunited at their grandmother, Queen Elizabeth’s, official Platinum Jubilee celebrations, according to The Mirror.

“The brothers needed time for everything to settle down,” the insider said. “The family, including William, had been disappointed in the way Harry and Meghan chose to leave the royal family. But now there is a strong feeling that what happened is in the past and that they have moved on.”

The source added that the brothers are “very much back on their old buddy terms,” thanks to their “weekly” video chats and WhatsApp communication, which includes their other family members. “They’ve also had FaceTime calls with their children, which has allowed them to re-bond. William sees that Meghan is a good mother and loyal wife and he is genuinely pleased for his brother.”

The relationship building is happening ahead of the brothers reuniting at their grandmother, Queen Elizabeth’s, final celebrations for her Platinum Jubilee. Making history as the first British monarch to mark 70 years on the throne, the 96-year-old matriarch will celebrate the official date with a weekend of festivities, including Trooping the Colour, the lighting of Platinum Jubilee beacons, a service of Thanksgiving at St. Paul’s Cathedral, the Derby at Epsom Downs, and the Platinum Jubilee Pageant. In May, the Queen kicked off the party early with family, friends and fans at the Platinum Jubilee Celebration at Windsor Castle.

The last time the brothers reunited was at Kensington Palace in London on July 1, 2021 to attend the unveiling of a statue that honors their late mother Princess Diana. The visit came after Harry rushed back to England in April for the funeral of his grandfather Prince Philip, who died early that month at the age of 99.