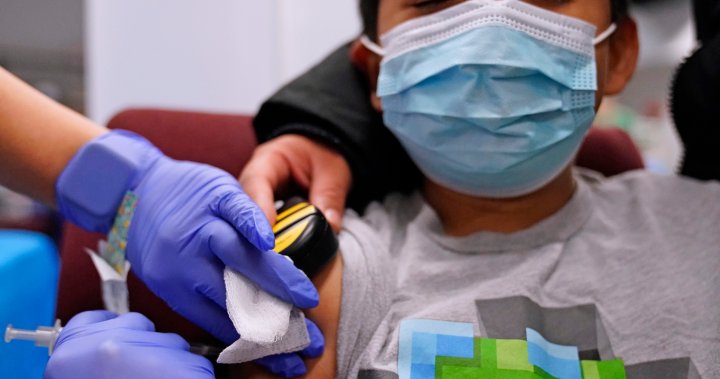 
Pfizer Inc and BioNTech SE’s COVID-19 vaccine caused mostly mild side effects in children aged five to 11 years, according to data published by the U.S. Centers for Disease Control and Prevention on Thursday.

The data showed that after the second dose of the vaccine some children reported injection-site pain and other systemic reactions such as fatigue and headache.

The CDC said it also received reports of 11 cases of myocarditis, a type of heart inflammation, in children aged five to 11 years who had received the vaccine. Of them, seven had recovered, and four were recovering at the time of the report.

Myocarditis is a rare side effect after mRNA vaccines.

U.S. Vaccine Adverse Event Reporting System (VAERS) received 4,249 reports of adverse events, of which 97.6 per cent of the cases were not serious, the CDC report said.

The cases were reported in VAERS and v-safe, a voluntary smartphone-based safety surveillance system for adverse events after COVID-19 vaccination, between Nov. 3 and Dec. 19.

The agency said about 8.7 million doses of the Pfizer vaccine had been administered to children in the age group.

The vaccine was authorized in the United States for five to 15-year-olds in late October and is the only shot authorized for the age group.

A separate study by the CDC showed that Pfizer’s two-dose vaccine was 92 per cent effective against coronavirus infections in adolescents aged 12 to 17.

The observation period for the analysis coincided with the period of Delta variant predominance in the United States, CDC said.