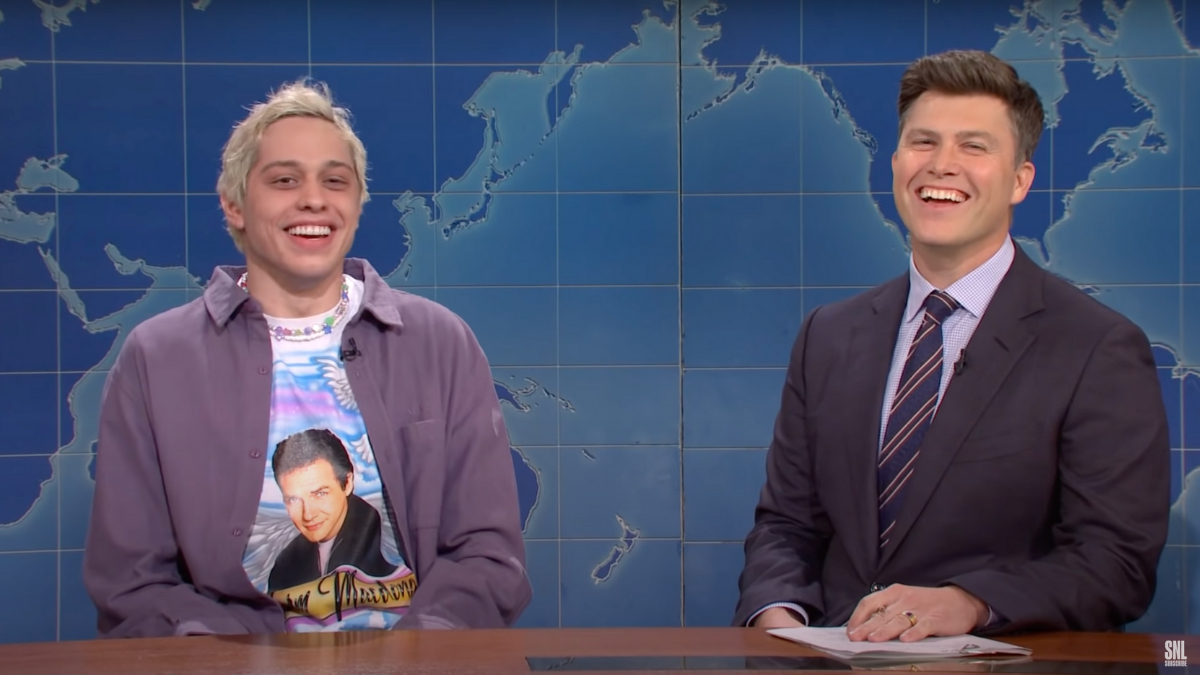 
The kings of Staten Island are bringing a piece of their kingdom to the masses. Earlier this week, Saturday Night Live stars Pete Davidson and Colin Jost teamed up to buy an abandoned Staten Island Ferry, with the hope of turning it into a performance venue.

According to a report by Vulture, the pair joined forces with comedy club owner Paul Italia to bid anonymously on the vessel in an online auction organized by the New York City Department of Citywide Administrative Services. While the bidding began at $125,000, the funny buddies ultimately topped all other offers by paying $280,100 for the ferry, which is named after President John F. Kennedy.

Davidson, Jost, and their partner aim to eventually turn the ferry into a 5,200-person venue ideal for music, comedy, and more — but only after giving it a much-needed renovation and finding a place on the water to permanently dock it.

“This double ended, passenger and vehicle ferry up for auction is in poor condition and had to be decommissioned due to mechanical issues, the mechanical issues are on the propulsion end. On this vessel are numerous spare parts which are obsolete and not needed by our agency,” read the listing on the auction site.

Currently, Davidson is an apparent frontrunner to host this year’s Academy Awards in the wake of his successful gig co-hosting NBC’s New Year’s Eve special with Miley Cyrus. Earlier this season, he also paid hilarious homage to his oft-derided home on SNL with the musical parody “Walking in Staten” with help from Marc Cohn, Method Man, and rapper Big Wet. As for Jost, he’s reportedly writing a new live action Teenage Mutant Ninja Turtles movie.