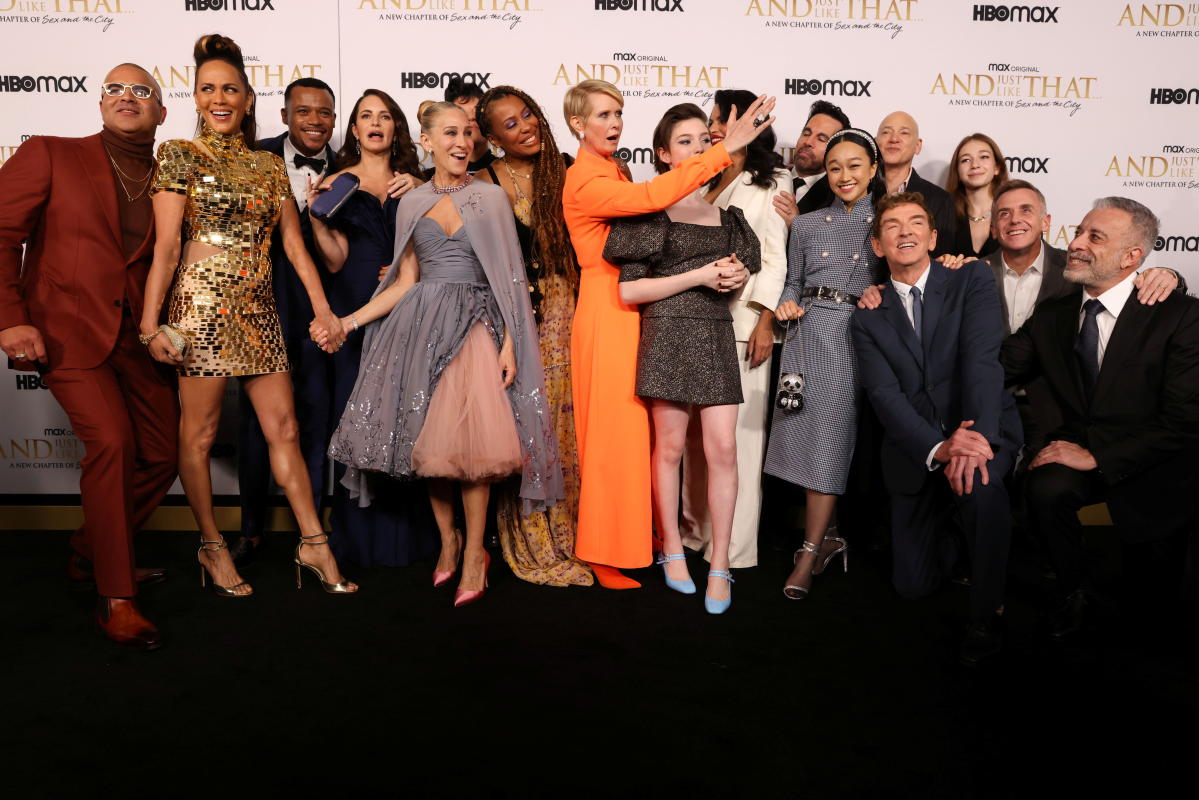 
Warning: This article contains major spoilers about the Sex and the City reboot And Just Like That… . If you haven’t watched the first episode or don’t want to know what happens, please stop reading now.

Peloton may not have been given a head’s up that the company’s famed fitness equipment would be involved in the death of a major And Just Like That… character, but it sure did move quickly to turn a potential PR crisis into a marketing win.

The first episode of HBO Max’s new Sex and the City reboot ended with Mr. Big (Chris Noth) dying from a heart attack right after working up a sweat on his Peloton bike. In a statement to Bloomberg, a spokesman for the company revealed that Peloton knew its product would be used in the show, but was not aware of that it would play a role in the death of Carrie Bradshaw’s (Sarah Jessica Parker) longtime love interest.

As Yahoo Entertainment previously reported, Peloton stock dipped after the episode aired on Dec. 9, though the company seized the opportunity to clarify that the cigar-chomping Big — who underwent a heart procedure during the original SATC run — wasn’t killed by his workout.

“Mr. Big lived what many would call an extravagant lifestyle — including cocktails, cigars and big steaks — and was at serious risk as he had a previous cardiac event in Season 6,” Dr. Suzanne Steinbaum, a member of Peloton’s health and wellness advisory council and a preventative cardiologist, said in a statement to the Los Angeles Times.

Get updates on Michael Patrick King sent straight to your inbox

Now, in a stroke of marketing genius, the company has cast Noth himself for a campaign riffing on his somber storyline.

‘And just like that … he’s alive,” a tweet posted by Peloton on Sunday afternoon reads. The accompanying video sees a still-breathing Noth relaxing in front of the fire in the company of Big’s beloved Peloton instructor, Allegra, played by real-life Peloton personality Jess King.

“To new beginnings,” he tells Allegra/King.

“To new beginnings,” she repeats, adding, “You look great.”

“Oh, I feel great,” Noth/Big responds. “Should we take another ride? Life’s too short not to?”

After some suggestive glances, it’s revealed that (duh) he’s talking about their his-and-hers Peloton bikes. The pair laugh as a voiceover intones, “And just like that, the world was reminded that regular cycling stimulates and improves your heart, lungs and circulation, reducing your risk of cardiovascular diseases. Cycling strengthens your heart muscle, lowers resting pulse and reduces blood fat levels… he’s alive.”

The ad is already getting props on social media.

Speaking to TheWrap, And Just Like That… showrunner Michael Patrick King made it clear that Peloton didn’t kill Big, explaining that he himself is a Peloton user.

“Big was on a Peloton to prove that he was current and life-affirming,” King said. “I put Peloton in the show the same way I would put Gucci in the show, because that’s what is happening right now in life. I have a Peloton; people have Pelotons. It’s just always reflecting where society is now. So that’s why it’s in. It’s true. It’s where people are. The death is a fiction; the Peloton is reality.”

He added, “Mr. Big died because of his heart, which was established in the series way back in the day. He had a heart problem … and Carrie cried when she heard it. I even say in this first episode, ‘I thought you were reaching for your emergency nitroglycerin pill.’ The heart is the story, not the bike.”