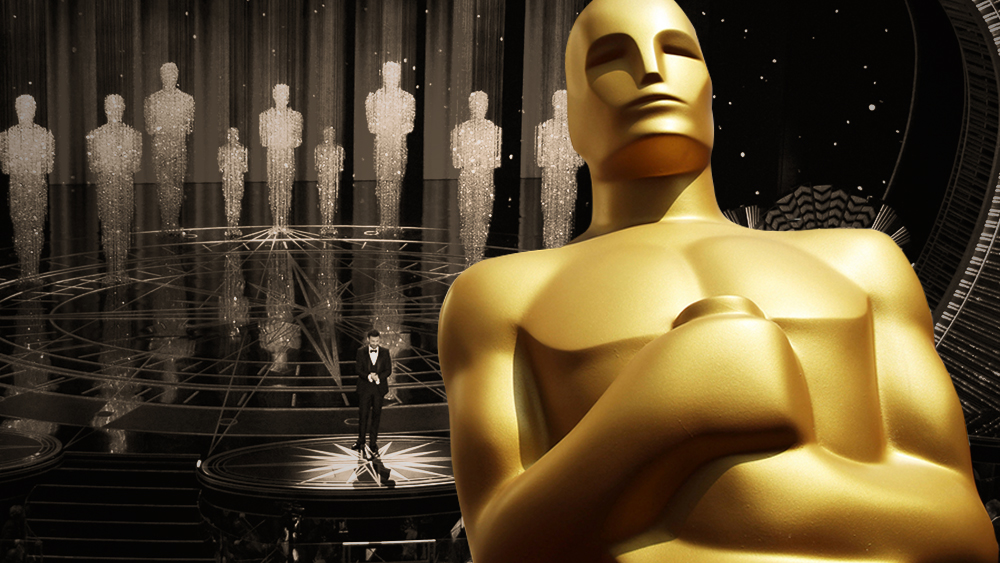 
The Academy’s plan unveiled yesterday to cut Best Editing and seven other categories from this year’s live Oscar telecast to resuscitate viewership has received reactions of shock, disappoint and outrage – and that’s from the people who are being polite.

“Even though I understand the reasoning behind this and I have great empathy for the people that have to make this decision, this isn’t it,” said Best Documentary Short nominee Ben Proudfoot of the latest move by the Academy of Motion Picture Arts and Sciences leadership. “This is not the answer,” noted the Queen of Basketball director. “And there’s got to be a better way to do what needs to be done, which is to recognize achievement across the board in cinema within three hours, without creating a class system.”

Others were more blunt.

“You don’t mess with the Crown Jewels,” said one rival network executive of AMPAS, broadcaster ABC and the Will Packer produced 2022 Oscars. “You shine them up, you emphasize them, not attack them,” he added of how to get audiences interested again in the ceremony, which has had declining ratings for years.

Falling double digits from the previous low, last year’s Oscars drew a measly audience of 10.4 million and a 2.1 rating among adults 18-49 for its April 25, 2021 primetime airing. The Wanda Sykes, Amy Schumer and Regina Hall hosted 94th Academy Awards ceremony is scheduled to air live on ABC on March 27.

Even before AMPAS made their leaner, meaner Oscars tactic public on Tuesday, Proudfoot was among dozens of nominees who were invited on to a so-called virtual town hall Zoom call with Academy staff yesterday afternoon. The broadsided participants soon discovered, it was a very different affair

“It was a setup, an absolute setup so the Academy could say they consulted members,” one nominee who was on the call told Deadline. “It was inappropriate and mismanaged, they looked incompetent and I think they knew it,” the participant exclaimed.

At 2 PM PT on Tuesday, the Academy informed the assembled nominees of the real purpose of the Zoom call – to inform them of the plan to pre-tape eight Oscar categories before the live ceremony started. According to multiple sources, attendees reacted to the news with “stunned silence.” They peppered mid-level Academy officials with so many questions that Academy CEO Dawn Hudson was summoned to the meeting.

“It seemed as though, on an ad hoc basis, the chief executive officer of the Academy [Hudson] was pulled into the Zoom meeting to defend her decision,” another source on the Zoom says. “That was not the original plan. She was brought in because people were not happy. This meeting was organized with the intent to try to answer people’s questions and be forthright. But I think it was just more upsetting than [Academy officials] expected.”

Another attendee said Hudson “was very kind but was patronizing. No question about it. I don’t think it was malicious. I think she was doing her best.”

The Academy officially announced its Oscarcast changes on Tuesday at around 3 PM PT, as news began to leak out. The plan is to record the presentation of some select categories immediately before the start of the live broadcast in front of a full audience at the Dolby Theatre. They then would be edited and ideally rolled seamlessly into the main show. The affected categories, are Film Editing, Makeup and Hairstyling, Original Score, Production Design, Sound, Documentary Short, Animated Short and Live Action Short. AMPAS emphasized that none of the 23 categories is coming off the telecast and will not be presented on the red carpet or the Oscars pre-show.

To that end, the ramshackle February 22 presentation by the Academy even included visual aids for the nominees of what Oscar producers envisioned, one participant says:

Somebody [from the Academy] shared their screen and a clip was played showing how it might look. And basically, they took the 92nd Academy Awards Documentary Short category, and they edited it down, and more or less what was cut out was the applause after each [nominated] film was named, the applause once the winner was announced, and then there was a shot of the winner getting up from their seat, and then under that shot you hear the beginning of their speech. And then it seemed as though the speech had been truncated by about half, using B-roll cutaways as cover. And then it sort of quickly whisked on to the next category. It was edited in a highlight reel fashion.

“This is everything that’s wrong with the Academy, an insular top down approach,” one of the nominees on the Zoom call told Deadline today. “This is why the show has been so second-rate now, they won’t listen to anyone”

Listening or not, the powers that be clearly felt the time was now — or never — to reimagine the Oscar show, but it is not a novel idea to actually pre-tape some select categories, edit them and then try to roll them in seamlessly into the show. There was a suggestion in 2019 to do the same thing, but that was rolled back after an outcry. This always has been a red line for the Board, which consists of many Governors representing the affected categories.

The Academy did not respond to request for comment today on Tuesday’s Zoom call nor the reaction from nominees and members.

However, in a statement put out Wednesday, the American Cinema Editors Board of Directors made it crystal today they believed a red line has been crossed:

We are deeply disappointed by the Academy’s decision to alter the way certain categories, including film editing, will be presented in the Oscars® telecast. It sends a message that some creative disciplines are more vital than others. Nothing could be further from the truth and all who make movies know this. As a group of artists wholly dedicated to advancing the art and prestige of film editing, we passionately believe that editing — and all other creative disciplines that are part of the collaborative art of filmmaking – should be treated equally. Our contributions to that collaboration may sometimes appear invisible but they are undeniable. We hope that film editors and other artists affected by this change will be honored and celebrated with the passion, dignity and inclusion they deserve.

The head of the Motion Picture Editors Guild, IATSE Local 700 was pretty much in agreement. “We understand the Academy’s desire to make a more arresting show, but this move renders the ‘invisible art’ of editing even less visible,” said Alan Heim. “The Oscars should be a night to celebrate all of the labor and artistry that combine to bring stories to life on the screen, and we think deserving craftspeople have more than earned their time in the spotlight”

A past Best Editing Academy Award winner distinctly took off the white gloves in his own reaction to the revamped Oscars.

“Dear Motion Picture Academy: Your inane plans not only intensely disrespect the crafts of your own members, but the art of film-making itself,” said Bohemian Rhapsody editor and 2019 winner Joe Ottoman on Facebook late Tuesday. “More dance numbers and bad jokes aren’t going to change your ratings. But a show truly honoring the crucial and intriguing facets of film making just might. As if the entertainment industry weren’t seen as vapid enough. Bravo.”

Hollywood Guilds Playing It Safe, Will Require Proof Of Vaccinations At Awards Shows

All this comes less than a week after the Academy revealed its controversial Covid protocols for the Oscars. Presenters and performers at next month’s ceremony will not be required to show proof of vaccination, but nominees and guests will. People in the latter group also must have two negative PCR tests. Also, audience members in the sections of the Dolby Theatre nearest to the stage won’t be required to wear a mask but will be seated farther apart from one another than usual. Those in the mezzanine, however, must wear a face covering.

Deadline had reported the previous week that, according to sources close to these events, it looked like the Academy had decided on not requiring vaccines or masks for those attending the Hollywood and Highland-set ceremony on March 27. While the Academy never officially confirmed or denied the policy, the backlash from the likes of former Oscars host Seth MacFarlane and others was swift and harsh.