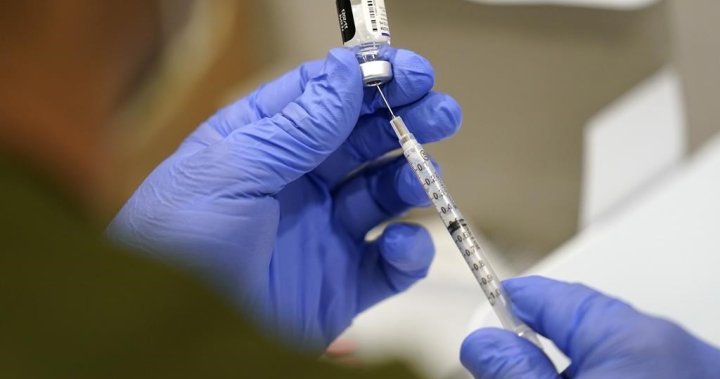 
The death toll in Ontario due to COVID-19 has been modified to 12,227, which is down from the previous day as 411 deaths were removed.

The Ontario government announced earlier this week that it was going to change and update how it reports deaths to be consistent with categorization from the World Health Organization.

The province said it will exclude deaths where a person was infected with COVID-19 but the virus did not cause or contribute to the fatality.

Officials said the change would take effect Friday and noted that deaths unrelated to COVID-19 were “significantly higher” in the most recent wave of the virus.

The province said Wednesday that deaths due to causes unrelated to COVID-19 made up eight per cent of all fatalities in the fifth wave. Since the pandemic began, around 4.2 per cent of fatalities involving people infected with COVID-19 were not related to the virus, officials said.

It is unknown how many new recent deaths there were due to the significant removal of incidental deaths.

“The net change in deaths is not available today due to a planned change in reporting methods,” the report indicated.

Meanwhile, Ontario is reporting 717 people in hospital with COVID-19 on Friday, with 238 in intensive care units.

Of the 717 people in hospital with COVID-19, 46 per cent of them were admitted because of the virus, while 54 per cent were admitted for other reasons but tested positive for COVID-19.

Meanwhile, Ontario also reported 2,130 new lab-confirmed COVID-19 cases on Friday, though that is an under-estimate of the true widespread transmission of the virus due to testing restrictions. The provincial case total now stands at 1,121,694.

For vaccinations, of the aged 12 and older population, 90.7 per cent are fully vaccinated. First-dose coverage stands at 92.7 per cent. Third-dose immunization is at 54.7 per cent; more than seven million Ontarians have received a booster shot.

For children aged five to 11, first-dose coverage stands at 55 per cent with 29.9 per cent who are fully vaccinated.

The province administered 15,097 doses in the last day.

The government said 14,571 tests were processed in the previous 24 hours. There are 4,938 tests currently under investigation.

The test positivity rate stands at 11.7 per cent.