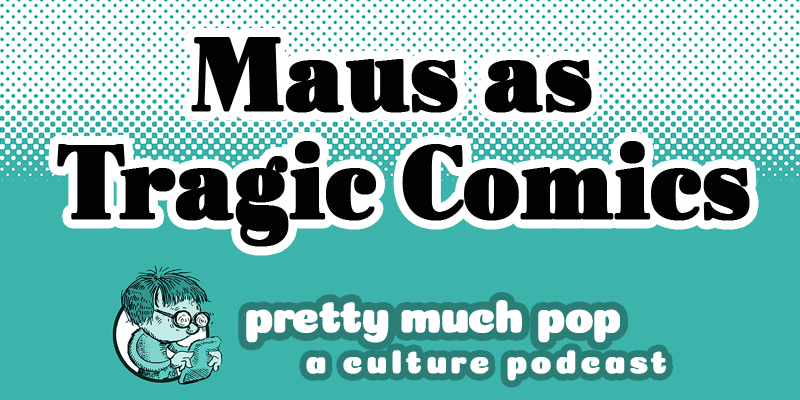 In light of its being recently banned in some settings, we discuss Art Spiegelman’s Maus (1980-91), which conveys his father’s account of living through the Holocaust. We also consider other war-related graphic novels like Marjane Satrapi’s Persepolis (2000) and George Takei’s They Called Us Enemy (2019).

Are comics particularly effective in changing hearts and minds when they display people’s hardships? Should kids be exposed to the horrors of the world in this way? What about the complexities of social justice and gender identity? We also touch on Gilbert Gottfried and the relationship between humor and tragedy, learning history vs. reading one person’s experience, the ages at which became political, and how comics may have aided that.

Other relevant sources include:

Hear more Pretty Much Pop. Support the show at patreon.com/prettymuchpop or by choosing a paid subscription through Apple Podcasts. This podcast is part of the Partially Examined Life podcast network.