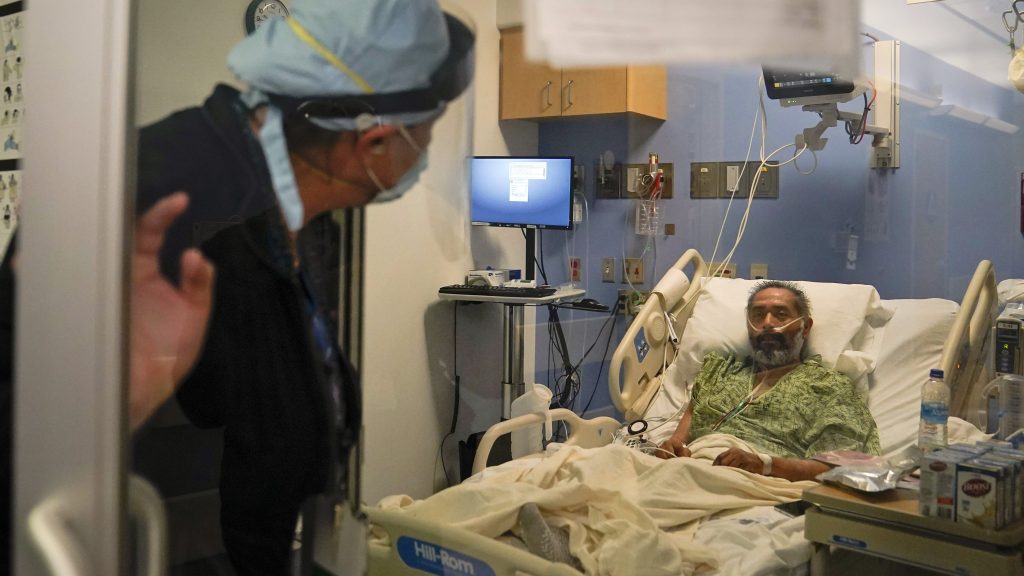 
The Delta and Omicron variants were driving a “dual surge” in Covid-related infections in Los Angeles today, according to health officials. That led to the county reporting 16,510 new cases in the past 24 hours, up 91% over the course of one week. It’s the highest daily case count since January 6 of this year, according to county data and one also of the highest daily case counts of the entire pandemic.

The spike was nearly a given considering the county’s 7-day test positivity rate has risen 100% in the past 7 days, from 8.8% a week ago to 17.6%. That’s for a measure that is averaged over seven days to eliminate peaks and valleys. Just a glance at the county’s graph of test positivity over the course of the pandemic seems to indicate it’s now rising at a steeper rate than at any other time during the pandemic — except in the earliest days when only a few hundred tests were being administered. See chart below.

Most concerning, the data point county health officials have long been most focused on, hospitalizations, has begun to skyrocket. The number of Covid-related hospitalizations has risen 75% in the past week.

Seven days ago, the county reported 770 patients with Covid-19. Today, that number had blasted ahead to 1,367, according to the California data dashboard, which is often one day head of the county’s offering. The recent surge marks the first time such patients have numbered over 1,000 in more than three months.

Health officials have long worried about a surge stressing capacity at local hospitals that could lead to less per-patient treatment and so more deaths. While Omicron is widely considered to be less virulent than Delta, it’s also much more transmissible. There is concern that, even if Omicron hospitalizations make up just a tiny fraction of total infections, the tidal wave of cases driven by a much more infectious variant could overwhelm the healthcare system.

“Why? Omicron is so contagious that it finds unvaccinated/non-immune people who are most vulnerable for hospitalizations and deaths,” he observed.

There is some good news on the Omicron front. The Centers for Disease Control and Prevention revised estimates on its prevalence last week. While previously, it was thought to account for 73% of all cases in the U.S., Omicron is now estimated to account for 59% of all infections and Delta 41% of infections. In the week ending December 18th, 54% of L.A. County sequenced positive cases were Omicron variants. The new strain was discovered in California on November 25.