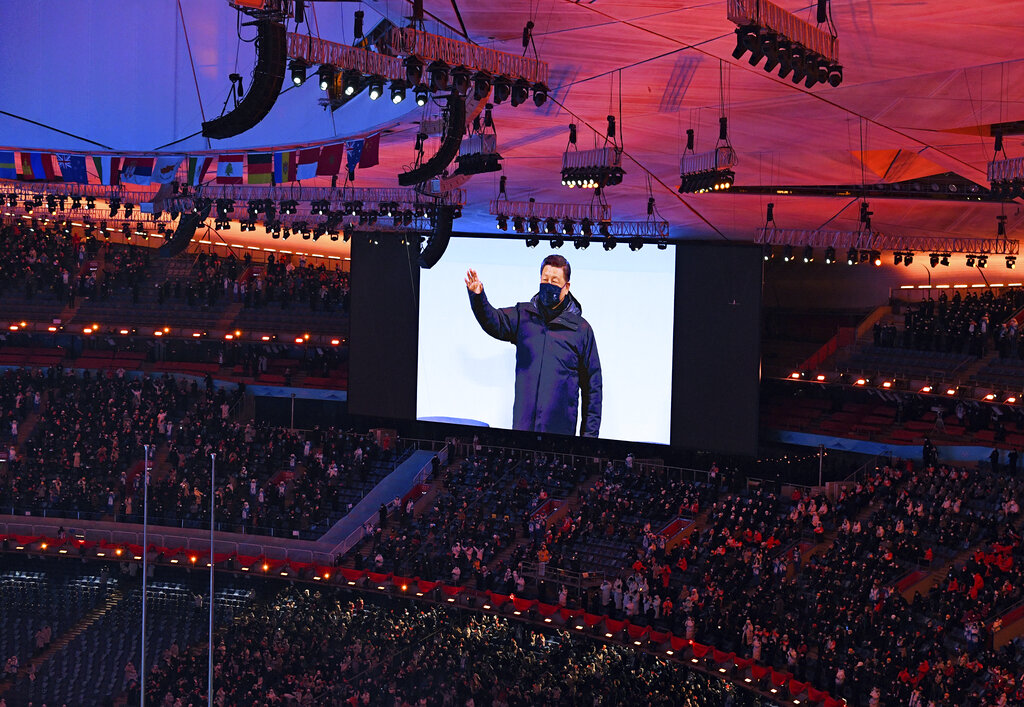 
(UPDATED with NBCU streaming info & total audience delivery) It’s early days at the XXIV Olympic Winter Games, but NBC must already be praying for some Gold medal glory or the Super Bowl to give them a boost. Right now, coming off record low viewership in the first night of primetime coverage, the billions the Comcast-owned network fork out to broadcast the Games until 2032 isn’t looking like money well spent.

Exhibit A: the 2022 Opening Ceremony.

A paltry 8.7 million tuned in on NBC in primetime see the pre-taped Mike Tirico and Savannah Guthrie-led coverage of the propaganda-heavy spectacle put on by Chinese President Xi Jinping and filmmaker Zhang Yimou. Put in the starkest terms, those early numbers are down harder and faster from four years ago in PyeongChang than Mikaela Shiffrin on a slalom run.

A crashing 69% in the fast affiliates to be specific.

In a case of snowboarders to skateboarders, the opening of the 2022 Winter Olympics slid 16% from the preliminary data of last year’s Opening Ceremony of the delayed 2020 Summer Olympics in Tokyo. Right now, that adds up to an all-time Olympics low for NBC.

Now, like South Korea’s hosting of the XXIII Winter Olympics and Japan’s Covid-19 hobbled effort in 2021, China’s second Olympics in 14 years is many time zones off Stateside primetime on both coasts. Unlike 2018, the official kickoff of the Beijing Games was shown live in the early East Coast hours on NBC and on 2020 launching streamer Peacock. With the latter clearly the long term big play for NBCUniversal, Comcast are likely aiming to shrug off the lackluster linear results – for now.

Exhibit B: While snagging around 10.4 million viewers in primetime on NBC last July, the Tokyo  Olympics inaugural extravaganza had a total audience of 17 million when surging streaming numbers and more were factored in.

In that vein, scooping up last night’s three-hour primetime show, and adding the February 4 AM broadcast across various channels NBC Sports say that 14 million watched the Opening Ceremony on TV on all of Friday. The division also say that Peacock had its best weekday viewership ever to help push the total number of viewers that watched the Olympics on February 4 on to a total audience delivery of 16 million.

Right now, the network at least has one true bright spot to focus on.

In that sense they can have the satisfaction of Norway. The glacier rich Scandinavian country is leading the world right now with two Gold medals at the Beijing Olympics …for now. On the Stateside bright side, Nathan Chan looks poised to bring home the Gold for Team USA at the Beijing Olympics, but right now America’s haul is standing at zero medals.